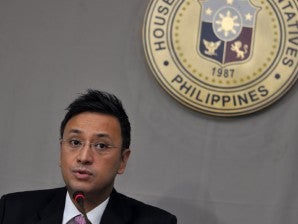 It is “for the best of everybody” for the Senate impeachment court to come up with a verdict—conviction or acquittal of Chief Justice Renato Corona—before Congress adjourns on March 21, a spokesperson of the House prosecution team said Sunday.

“Our general timetable, including on the part of the defense, is to wrap up before the Holy Week break because the longer it takes, the more deleterious, the more damaging it becomes to all democratic institutions,” said Marikina City Representative Romero Quimbo.

Quimbo said concluding the trial as soon as possible would also benefit Corona.

“We have to get the judgment out; whether we get a judgment of conviction, which is something that we clearly want, or a judgment of acquittal so the Chief Justice can proceed with his job and return to the Supreme Court, that is the best for all institutions,” the lawmaker said.

Quimbo said the prosecution team remained optimistic about its chances of convicting Corona.

His statement came after the prosecution’s presentation of the second impeachment article took all of first three weeks of the trial which began on January 16.

Article 2 accuses Corona of betrayal of public trust for failing to disclose his statements of assets, liabilities and net worth.

With more than a 100 prosecution witnesses and another 25 defense witnesses, pundits are worried that the trial could extend up to July or August.

“We hope to finish it in four or five trial days and move on to the next one which should take two or three trial dates,” said Quimbo. The Senate holds trial from Monday to Thursday beginning at 2 p.m.

Article 3 accuses Corona of culpable violation of the Constitution and betrayal of public trust for his “failure to meet and observe the stringent standards of the Constitution that a member of the judiciary must be a person of proven competence, integrity, probity and independence in allowing the Supreme Court to act on mere letters filed by a counsel which caused the issuance of flip-flopping decisions in final and executory cases.”