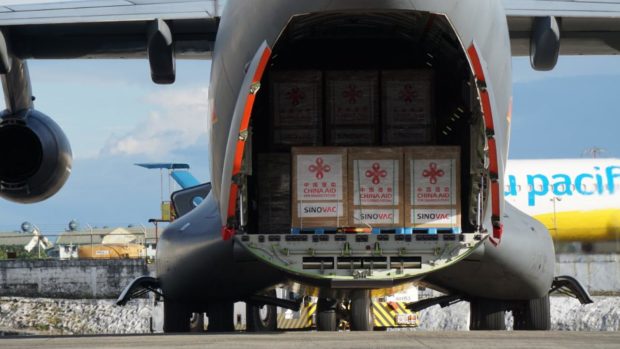 On Twitter, Lorenzana, who is 72 years old, said he would have wanted to be the first to receive the vaccine “to build trust and confidence among personnel” but health experts advised that those over 59 should not be vaccinated with CoronaVac.

Late-stage trial data showed the vaccine had lower efficacy when used on health care workers exposed to Covid-19 compared with healthy individuals aged 18 to 59, according to the Food and Drug Administration.

The National Immunization Technical Advisory Group, however, approved it for the use of healthcare workers later on.

The Department of National Defense will begin inoculating its personnel against COVID-19 on Monday.

“The DND will initially inoculate 14,520 individuals using 29,040 doses. The remaining 70,960 doses will be given to the Armed Forces of the Philippines,” the DND said in a statement.

The first vaccinations will be witnessed by Lorenzana and other officials at the Veterans Memorial Medical Center (VMMC) in Quezon City.

The AFP will also start its ceremonial vaccinations at V. Luna Medical Center.

AFP chief Lt. Gen. Cirilito Sobejana said he won’t take the vaccine because he preferred that frontline workers get it first.

The DND received 100,000 doses out of 600,000 doses of CoronaVac donated by the China government, which were welcomed by President Rodrigo Duterte and other Cabinet officials at the Villamor Air Base on Sunday.

The Philippines is the last country in Southeast Asia to receive its initial set of vaccines.