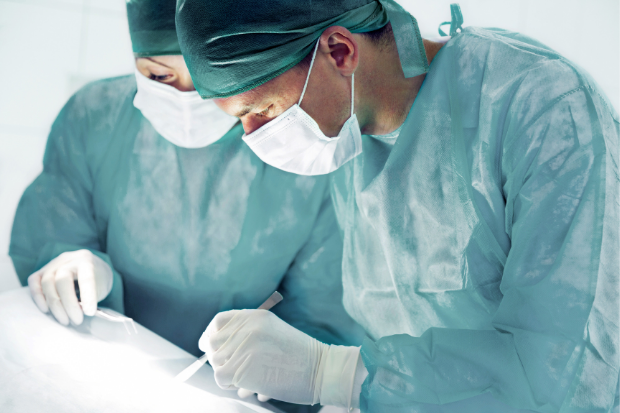 A doctor in the United States drew concern after he attended a virtual traffic trial while in the operating room.

Scott Douglas Green, a plastic surgeon, showed up in his scrubs and a mask during his scheduled courtroom appearance last Thursday, Feb. 25, The Sacramento Bee reported. Behind him were surgical lights and other equipment, and a patient out of the frame.

The courtroom clerk was caught by surprise when he saw Green and asked him first if he was available.

“I am, sir,” Green said. “Yes, I’m in an operating room right now. I’m available for trial. Go right ahead.”

Sacramento superior court commissioner Gary Link then took over while in his courtroom at the Carol Miller Justice Center in Sacramento, California.

Observing Green, he said, “So unless I’m mistaken, I’m seeing a defendant that’s in the middle of an operating room appearing to be actively engaged in providing services to a patient. Is that correct, Mr. Green? Or should I say Dr. Green?”

“I do not feel comfortable for the welfare of a patient if you’re in the process of operating that I would put on a trial notwithstanding the fact the officer is here today,” the judge said.

“I have another surgeon right here who’s doing the surgery with me, so I can stand here and allow them to do the surgery also,” Green replied.

“I don’t think so. I don’t think that’s appropriate,” Link said. “I’m going to come up with a different date, when you’re not actively involved or participating and attending to the needs of a patient.”

Green proceeded to give an apology. “I apologize, Your Honor, to the court. Sometimes, surgery doesn’t always go as—”

The trial was rescheduled to March 4 at 3 p.m.

The Medical Board of California said on Friday that it plans to investigate Green. It stated that it “expects physicians to follow the standard of care when treating their patients.” Niña V. Guno/JB