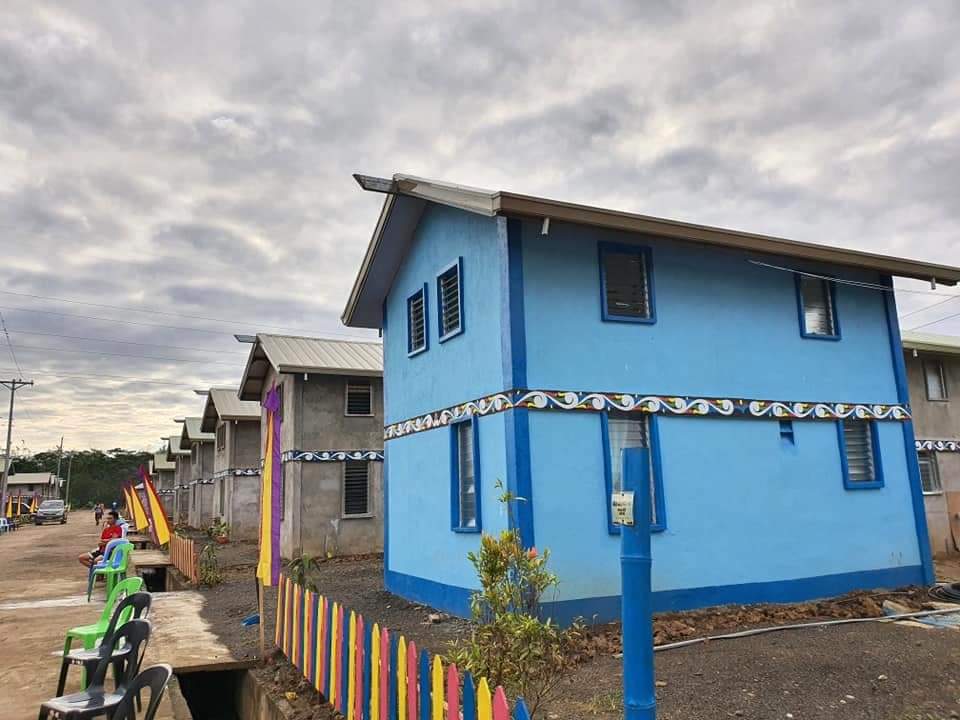 PERMANENT HOME. Some 109 families displaced by the 2017 war in Marawi City were awarded houses constructed with a grant from the Japanese government. Housing secretary Eduardo del Rosario hopes that these permanent hopes would help the families rebuild their lives. Photo courtesy of UN Habitat

ILIGAN CITY—After being displaced from their war-ravaged homes in Marawi City due to the siege by Islamic State militants in 2017, some 109 families can now restart their lives in new homes.

“Having a house that the IDPs (internally displaced persons) can now call their own is part of our commitment in ensuring Marawi’s overall rehabilitation,” said Housing Secretary Eduardo del Rosario, chair of Task Force Bangon Marawi.

Del Rosario added that the 109 families were the first to receive permanent shelters last Thursday. The houses are constructed within a 1.8-hectare property in West Dulay village.

According to the United Nations Human Settlement Program (UN-Habitat), each two-story house has a floor area of 42 square meters, equipped with toilet and bathroom, a kitchen, basic lighting, and electrical outlets. 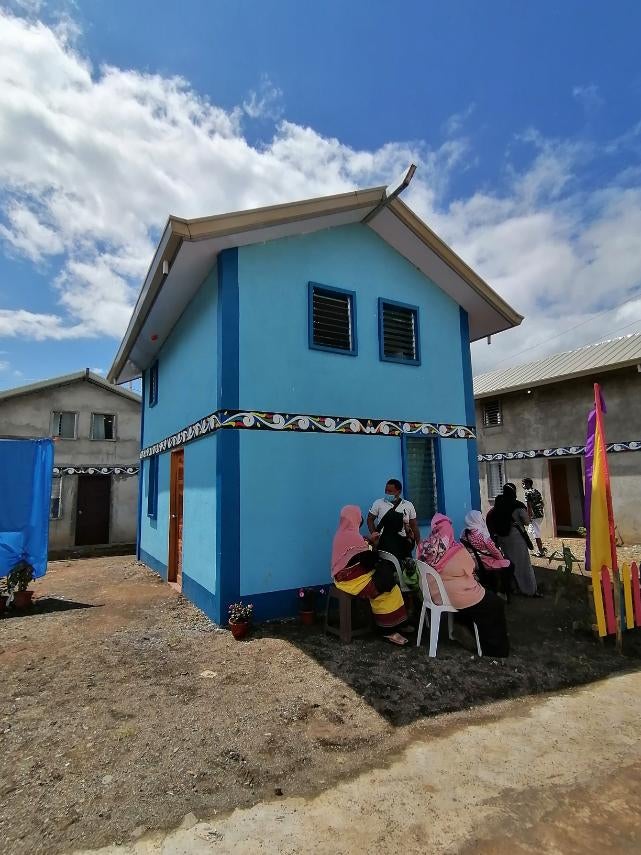 The subdivision-like resettlement site also has a sewage piping, and electric and water supply systems.

The site was acquired and developed by the Socialized Housing Finance Corporation, and the houses built by UN Habitat funded by a grant from the Japanese government.

In all, the UN Habitat will build a total of 1,057 houses for displaced families.

More than 3,000 permanent shelters are being planned for the city, to be undertaken by various agencies such as the Bangsamoro autonomous government.

Other permanent shelter sites are in Gadungan and Kilala villages.

Del Rosario reiterated the government’s commitment to complete the infrastructure component of the city’s rebuilding program by the end of the year.

He said that if necessary, he would require contractors to implement double shifts and add more workers to ensure the timely completion of the projects.