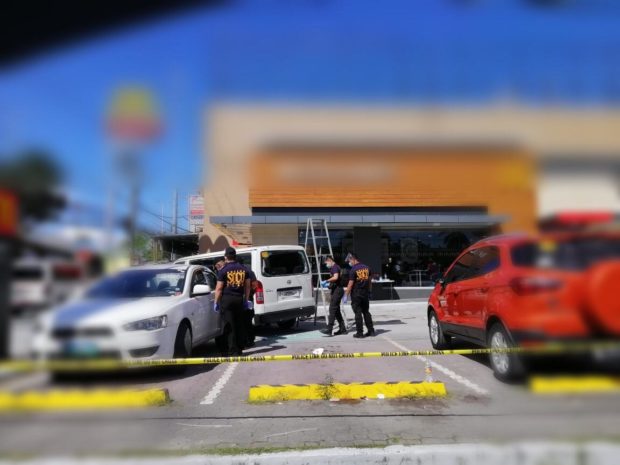 Members of the Scene of the Crime Operatives conduct an investigation along Commonwealth Avenue in Quezon City on Thursday, February 25, 2021, where gunfires erupted early Wednesday evening. Initial reports indicate that the February 24 shooting incident involved agents of the Philippine National Police and the Philippine Drug Enforcement Agency. INQUIRER.net/Katherine G. Adraneda

MANILA, Philippines — Quezon City Mayor Joy Belmonte is expressing concern on the impact of the early Wednesday evening shooting incident near a mall on business establishments in the area.

For her, the event was unfair for the business owners since it makes customers avoid the area due to fears that a law enforcement operation might be happening there again.

(I am consulting too, that authorities turn out to be conducting operations like this at commercial establishments in our city. I think it’s not fair for our business owners because now people would think, ‘Let’s not go to Ever Gotesco Mall because there might be operations there’.)

She was discussing in a press conference her queries to authorities regarding the February 24 shootout between the Philippine National Police (PNP) and Philippine Drug Enforcement Agency (PDEA) that left four people dead, including two police officers, an anti-narcotics agent, and a drug informant.

“It is not fair to our businessmen. I would like to resolve that issue as to how to choose places where they conduct their operations at hindi nila naiisip na baka nakakaapekto sa negosyo ito (and they do not consider that maybe it’s affecting business),” she further said.

The city mayor said she was also concerned with lawmen’s protocols for crowd control during such operations.

(There should be coordination on protocols for crowd control especially for botched encounters.)

The PNP and PDEA leadership could still not explain the details on what appeared to be a “misecounter” between their operatives.

President Rodrigo Duterte, through his spokesman Harry Roque, earlier said that only the National Bureau of Investigation will conduct a probe on the bloody anti-drug operation outside a fast-food restaurant on Commonwealth Avenue.

PDEA had said its agents were on a legitimate operation there on Wednesday evening.