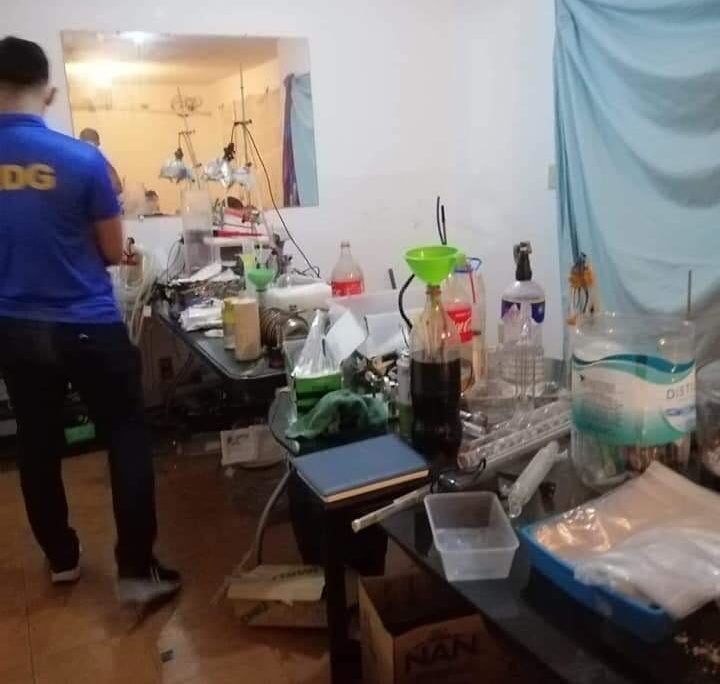 (FILE) Raid on a clandestine shabu laboratory/ Photo from PDEA

“You cannot wage, as desired by the President,…an all-out war against the drug problem dahil kukulangin talaga. Hindi talaga kakayanin ng PDEA sa bigat ng problem [It would not be enough. PDEA cannot do it alone considering the weight of the problem],” Dela Rosa, who is known as the architect of the administration’s all-out war against drugs, said in an interview over Teleradyo.

(Even if the PNP and PDEA are now helping each other, the drug problem has not been totally erased. What will happen if PDEA will be left alone? They will find it to be very difficult.)

He was asked about his stand on the possibility of the PNP being stripped of its involvement in the drug war similar to what had happened following the killing of South Korean Jee Ick-Joo in 2016.

After Jee’s death, President Rodrigo Duterte suspended the involvement of the PNP in the drug war. He later allowed the PNP to rejoin the anti-drug campaign in February 2017.

Dela Rosa was asked the question following the shootout in Quezon City last Wednesday night between police officers and agents of the PDEA.

Two police officers, a PDEA agent, and a PDEA informant were killed while an officer and three PDEA agents were wounded.

While Dela Rosa said he would not have any problem with the PDEA being the sole authority in anti-drug operations, he stressed that such a move could weaken the government’s drive against illegal drugs, citing the limited number of PDEA operatives.

(I have no problem with that…It doesn’t matter who implements the anti-drug campaign. We can even dissolve the PDEA once the drug problem is solved.)

(While the drug problem is still existing, both agencies should work together, it can’t be PDEA alone because the manpower would be limited.)

Dela Rosa, chair of the Senate public order committee, is set to conduct an investigation on Wednesday’s shootout between PNP and PDEA operatives. The inquiry is scheduled for Tuesday next week.

The House committee on dangerous drugs will also hold its own probe into the matter.