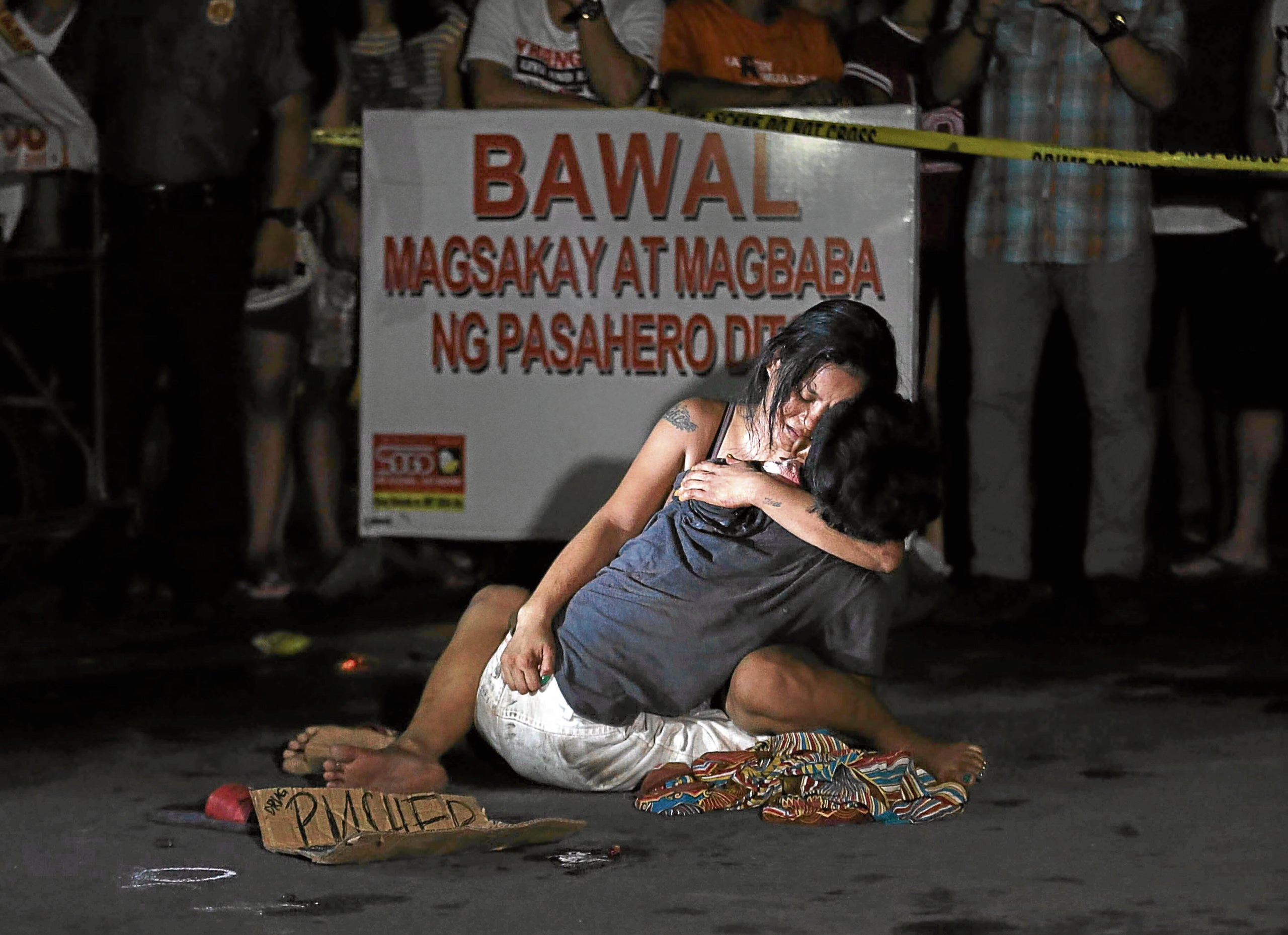 STARK REMINDER This award-winning Inquirer photograph by Rafael Lerma shows the grief and pain of Jennelyn Olaires over the death of her partner Michael Siaron, who was killed in a “tokhang” operation. —INQUIRER PHOTO

BAGUIO CITY—At least 45 government executives, including seven lawyers, have signed a resolution calling for the resumption in the Cordillera region of the Duterte administration’s Oplan Tokhang that has caused international embarrassment to the country and led to the deaths of thousands of Filipinos.

As members of the Cordillera Regional Law Enforcement Coordinating Committee (RLECC), the officials signed RLECC-CAR Resolution No. 4 s. 2021, a copy of which was obtained by the Inquirer on Wednesday.

The resolution was titled: “A resolution enjoining the members of law enforcement agencies together with representatives of LGUs to conduct ‘tokhang’ to known left-leaning personalities in the government, media and other entities.”

“Tokhang,” a portmanteau of toktok (knock) and hangyo (persuade), was the name the Philippine National Police used for the controversial antidrug war that resulted, according to PNP data, in 5,655 deaths from 2016 to 2019.

In the resolution, the officials acknowledged that Oplan Tokhang took a wrong turn in its implementation and resulted in “crimes against humanity” lawsuits in the International Criminal Court but the officials insisted on using the same police tactic on suspected rebels and even those whom they described as “left-leaning,” which is not even a crime.

Still, the committee resolved “that Oplan Tokhang will also be employed to convince left-leaning [people] to return to the fold of the government and dissuade them from further supporting the Marxist-Maoist-inspired rebellion, and its known front organizations.”

The committee said the resolution would be elevated to the Regional Peace and Order Council (RPOC) “for concurrence and adoption” and to solicit the support of governors and mayors in the region.

But lawyer Romel Daguimol, the regional chief of the Commission on Human Rights (CHR) and one of those who signed the resolution, withdrew his signature on Thursday, saying the resolution “runs inconsistent with the official position of the [CHR].”

“We continue to condemn terrorism, as well as the use of armed struggle to topple the government. But we continue to stand that activism is not a crime,” Daguimol said in a statement on Thursday.

He added: “People should be free to express legitimate dissent and grievances for the government to act on.”

Bayan Muna Rep. Carlos Isagani Zarate assailed the resolution as “patently unconstitutional” for wanting people to stop being critical and could lead to “an unprecedented number of killings and illegal arrests against critics of the administration and the opposition.”

“This neo-Nazi type of resolution also targets media, government workers, the Church and almost anyone who questions the wrongdoings of the government or just simply speaking the truth,” said the Davao lawmaker.

Zarate said the “draconian resolution” should not be implemented to avoid being replicated in other parts of the country.

Cristina Palabay, secretary general of human rights group Karapatan, warned that with the passage of the resolution, the RLECC appeared to be sanctioning extrajudicial killings and would “violate the people’s right to due process, to freedom of association, against illegal search, the right to life.”

“Those who signed the resolution should be ashamed of themselves and any killing, threat or arrest of individuals tagged as sympathetic to the left is on their list of crimes,” Palabay said.

The National Union of Journalists of the Philippines (NUJP) also opposed the resolution, and urged the committee to drop the plan.

“By what stretch of imagination do law enforcers presume to target perfectly legal personalities, left-leaning though they be, from government, media and other entities?” the group asked.

The Baguio Correspondents and Broadcasters Club appealed to the Cordillera RPOC to reject the resolution, saying “it runs counter to the media’s role as the fourth pillar of democracy whose job is to inform and tell the truth.” —WITH REPORTS FROM JHESSET O. ENANO AND NESTOR CORRALES