Policemen and PDEA agents gather at the scene of a supposed “misencounter”  while conducting anti-illegal drugs operations near mall in Quezon City Wednesday night. (Photo from PNP-PIO)

MANILA, Philippines — Senate President Vicente Sotto III on Thursday renewed his call for the passage of a bill creating the Presidential Drug Enforcement Authority (PRDEA) in the wake of the recent fatal “misencounter” between police officers and Philippine Drug Enforcement Agency (PDEA) operatives in Quezon City. 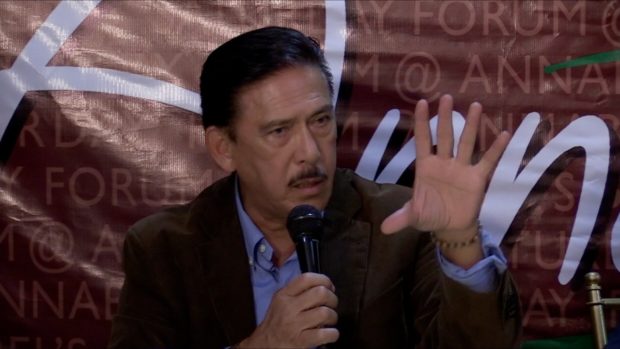 Under Sotto’s Senate Bill No. 3, which was filed in July 2019, the PRDEA will primarily be the supervising agency for the proper, more effective and efficient implementation of the country’s anti-drug law or Republic Act. No. 9165.

“It (bill) places Enforcement, Prosecution, Prevention and Rehabilitation all in one Super body!,” Sotto pointed out.

“This fiasco will not be the last if we do not act on this soon,” he added.

The proposed agency will “absorb the policy-making and strategy-formulating functions of the current Dangerous Drugs Board (DDB).”

As the PDEA will be abolished under the measure, its powers will be exercised by the PNP.

PDEA and the DDB, however, had earlier thumbed down the proposal as it would dissolve the two agencies.