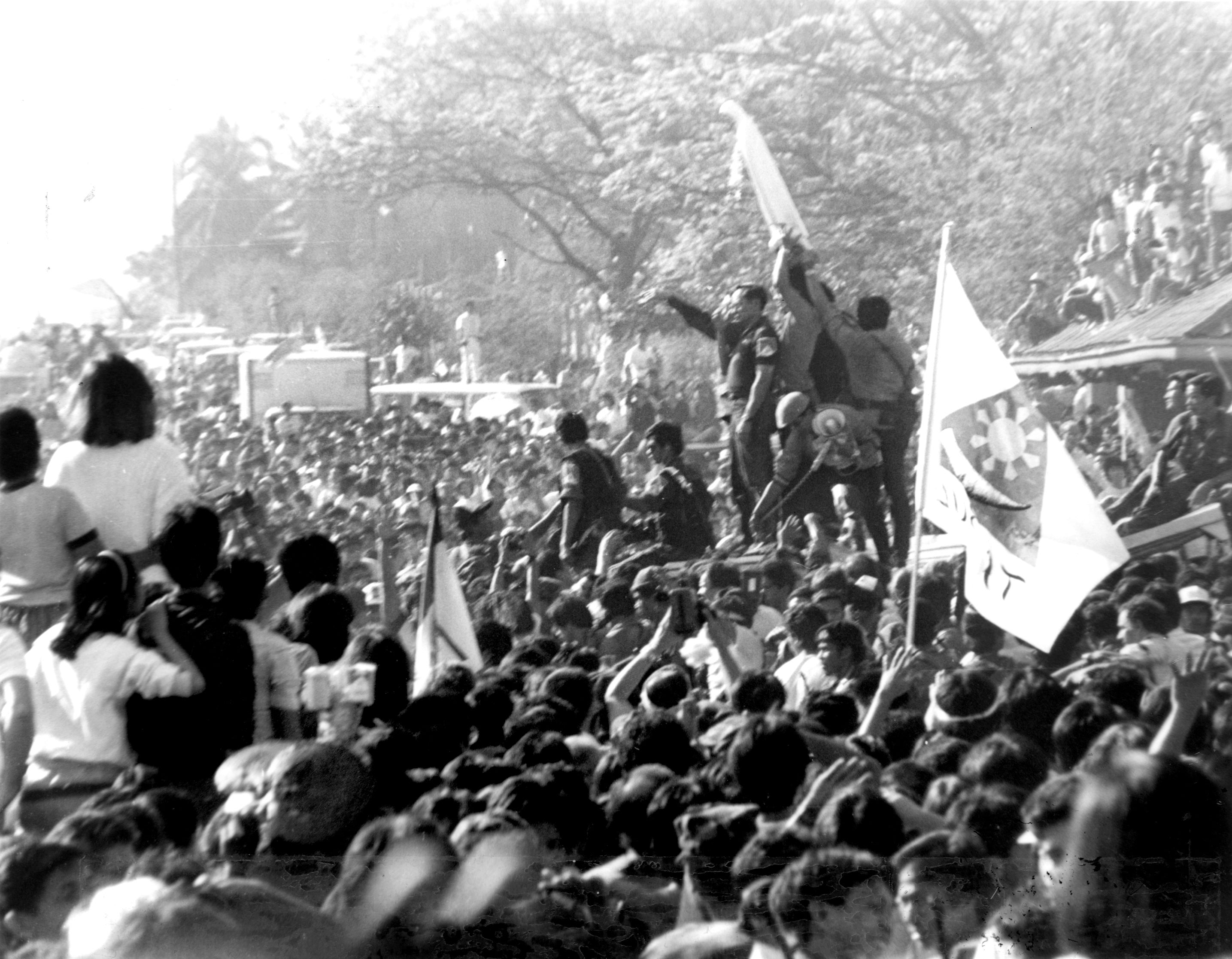 MANILA, Philippines — On the 35th anniversary of the Edsa People Power Revolution, President Rodrigo Duterte on Thursday called on Filipinos to be vigilant in protecting their rights and the country’s democratic institutions.

“As we contemplate the relevance of this occasion, let us proceed with renewed hope and optimism towards the realization of our shared aspirations for our nation,” he said in a statement.

“May this serve as a constant reminder for all of us to remain vigilant in safeguarding our democratic institutions, preserving our values, and upholding our rights as Filipinos,” Duterte added.

The President told Filipinos to set aside their differences and work together in “building a legacy that we can proudly leave behind for future generations.”

Vice President Leni Robredo encouraged Filipinos to find the “strength, faith, and fire” to continue the work that remains to be done needed to fulfill the promise of the historic uprising.

“The challenge now is this: We must find within ourselves that strength, that faith, that fire to continue the work that remains to be done. And in doing so, we must find a way to walk forward together,” she said in a separate statement.