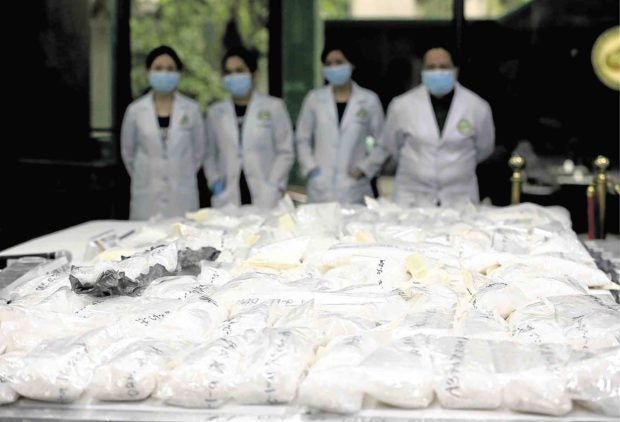 MANILA, Philippines — The National Bureau of Investigation (NBI) has recommended filing graft charges against former and incumbent officials of the Philippine Drug Enforcement Agency (PDEA), Bureau of Customs (BOC), as well as anti-narcotics agents over the P1 billion shabu cargo in 2019.

In its report, which copy was sent to members of the media on Tuesday, NBI recommended to the Department of Justice (DOJ) the filing of charges against Aquino, Guerrero, and Ramiro for purported violation of the “Code of Conduct and Ethical Standards for Public Employees, Anti-Graft and Corrupt Practices Act, serious dishonesty, grave misconduct, and conduct prejudicial to the best interest of service.”

According to NBI, Nitura and Puti should be held criminally liable for allegedly violating the Customs Modernization and Tariff Act (CMTA).

To recall, a shipment labeled as “tapioca starch” was abandoned in March 2019. It was consequently auctioned off, but authorities discovered in May 2019 that the cargo contains around P1 billion worth of illegal drugs stored in 114 bags concealed in several aluminum pallets at the Goldwin Commercial Warehouse in Barangay Santolan in Malabon City.

INQUIRER.net reached out to Villanueva to get his statement on this matter, but he refused to comment saying he has yet to read the NBI’s report to DOJ.