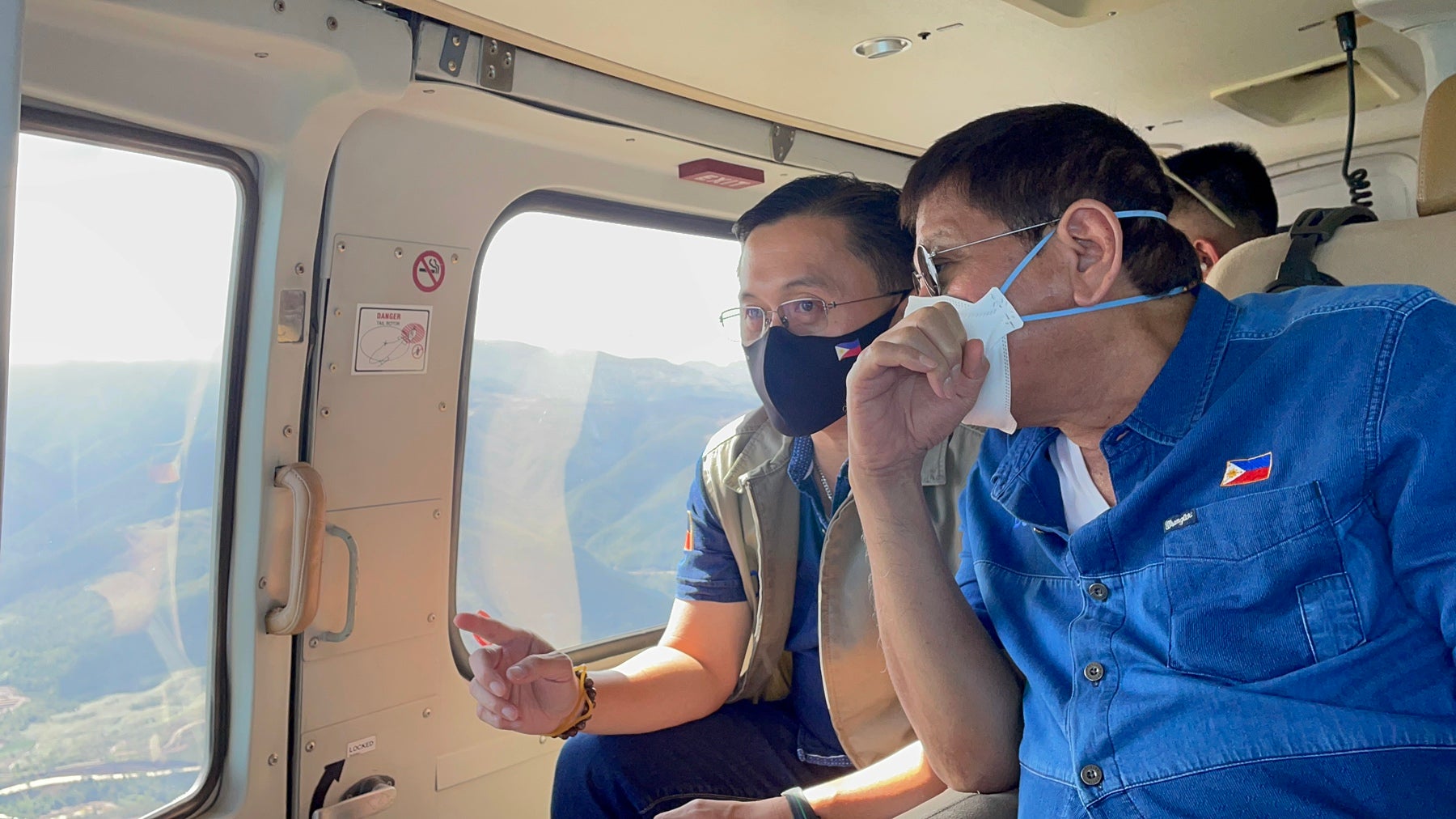 President Duterte surveys the damage left in the wake of Typhoon Auring in Surigao del Sur while flying over the province. Photo courtesy of Senator Christopher Bong Go

MANILA, Philippines — President Rodrigo Duterte on Monday took an aerial inspection of Surigao del Sur, one of the hardest-hit areas of Typhoon Auring. 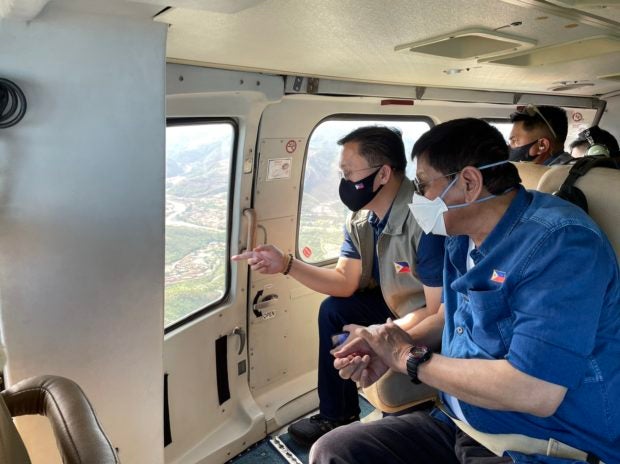 The President was accompanied by his long-time aide and senator Christopher “Bong” Go.

According to Go, Duterte also presided over a situation briefing on the effects of Typhoon Auring. 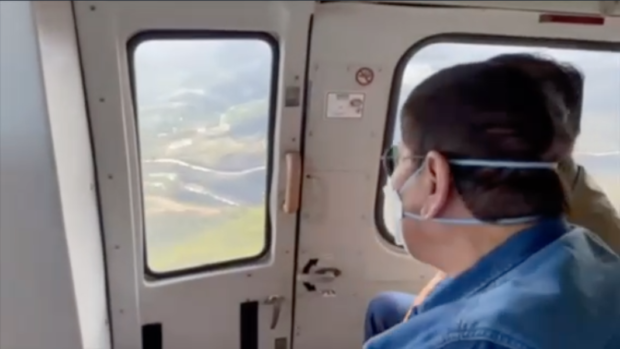 Surigao del Sur’s Tandag River swelled amid the onslaught of Auring which caused massive flooding in parts of the province.

More than 50,000 individuals in parts of Mindanao were displaced by Auring, the National Disaster Risk Reduction and Management Council said.