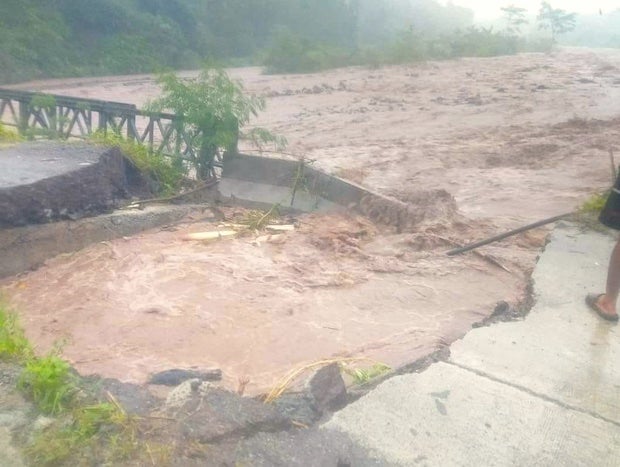 Part of the Budlingin Bridge in Alegria collapsed. (Photo from the Facebook page of the Philippine Infomation Agency – Surigao del Norte)

Photos uploaded on Facebook by the Public Information Agency (PIA) in the province showed the dike of the Claver Baoy River collapsing due to the strong surge of floodwaters in the Claver town.

Another PIA photo shows part of the Budlingin Bridge in the Alegria town had also collapsed, making it inaccessible.

Other PIA photos shows overflowing at the Bonifacio River in Surigao City and Tandag River in Tandag City, where several barangays were affected.

According to other reports from the Caraga Region, a huge part of Surigao del Sur was without power due to Auring’s strong winds. 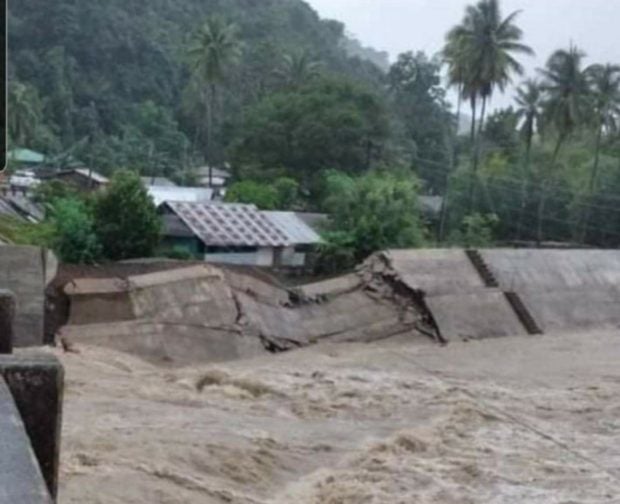 A portion of the Claver Baoy River dike collapsed due to the strong flow of floodwaters in Claver town. Photo from the Facebook page of the Public Information Agency – Surigao del Norte)

It was far from the Mindanao landmass, but satellite images showed that thick clouds, brought by both Auring and the northeast monsoon, continued to cover huge parts of the Visayas and Mindanao. 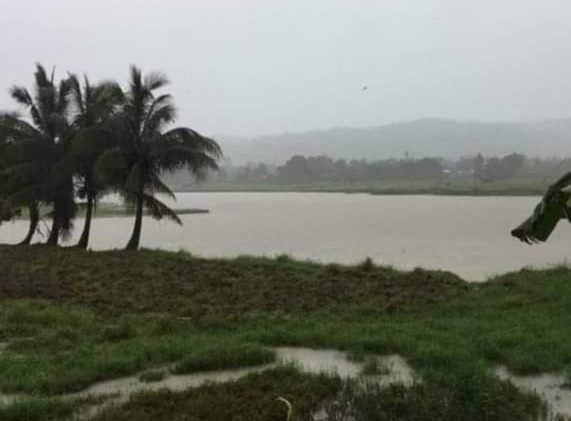 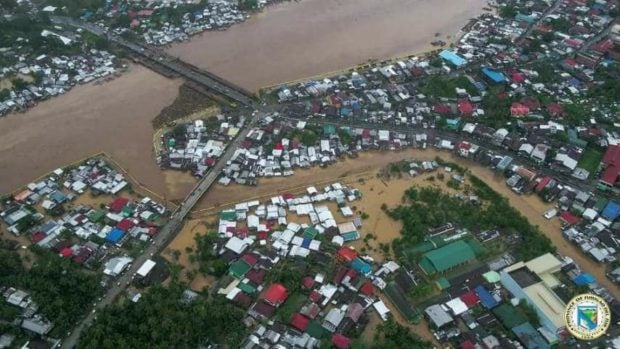 Power cut off in Surigao del Sur amid Auring’s fury