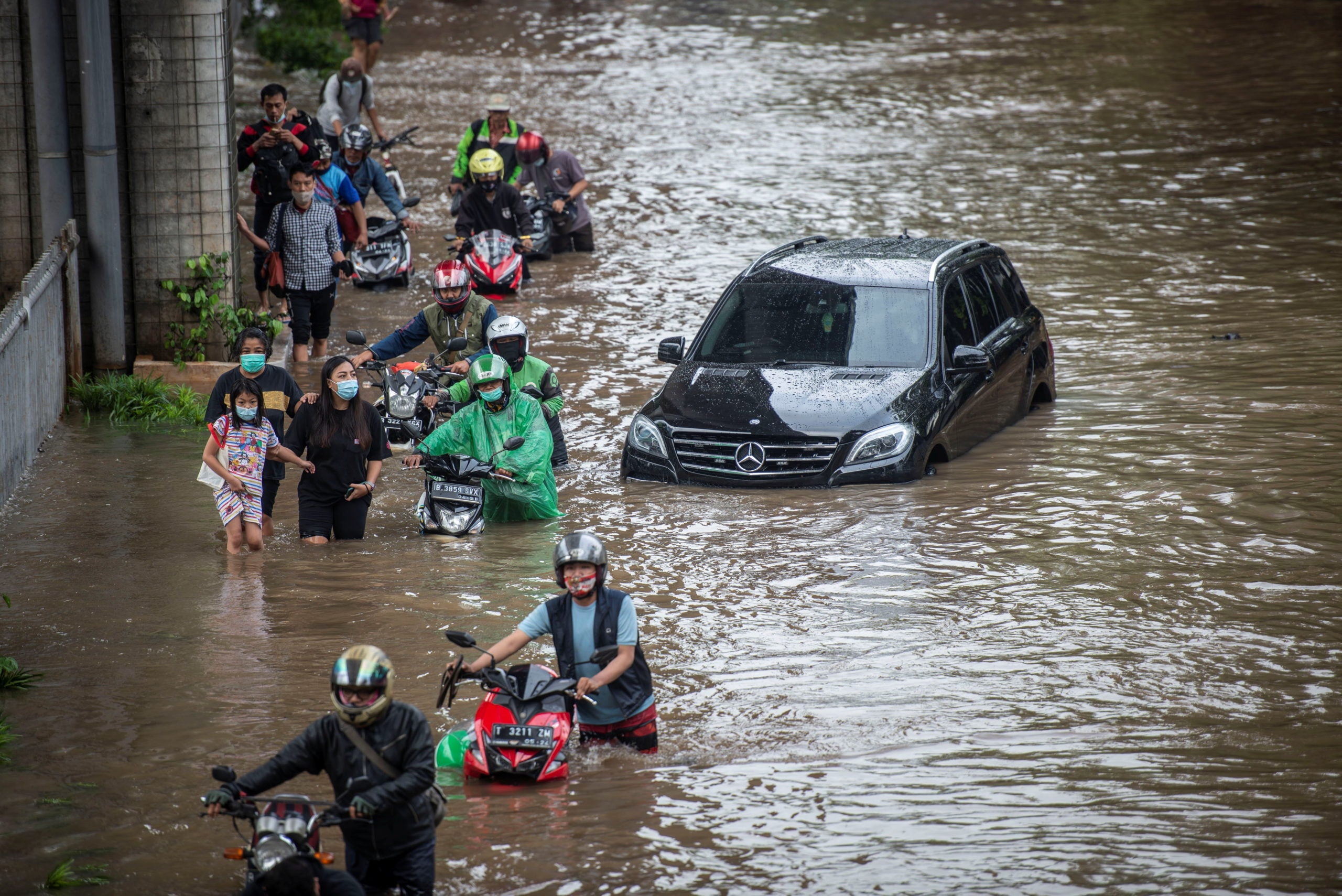 People push their motorbikes through water in an area affected by floods following heavy rains in Jakarta, Indonesia, February 20, 2021 in this photo taken by Antara Foto. Antara Foto/Aprillio Akbar/ via REUTERS

JAKARTA —Severe flooding across several areas in the Indonesian capital forced more than a thousand people to flee their homes on Saturday, with the country’s meteorology agency warning the conditions were set to continue for the next week.

Some 1,380 Jakarta residents were evacuated from southern and eastern areas of the city, home to 10 million people, after floodwaters reached up to 1.8 meters high in some areas, said Sabdo Kurnianto, the acting head of Jakarta’s disaster mitigation agency in a statement. He said no casualties had been reported.

“Two hundred neighborhoods have been affected, according to the latest data,” Jakarta Governor Anies Baswedan told local television early on Saturday, adding that more than two dozen evacuation centers have been prepared across the city.

“The rain has stopped, but water from other areas is still affecting Jakarta. Hopefully it won’t hit the city center and when the water recedes people can resume their activities.”

The floods come at a time when Indonesia is already grappling with the highest caseload and death tally from COVID-19 in Southeast Asia and an economic recession.

Indonesia’s meteorology agency (BMKG) has warned the heaviest rain of the season may fall in and around the densely populated capital in the coming days, with extreme weather, including heavy rain, thunder and strong winds, expected throughout next week.

“These are critical times that we need to be aware of,” said Dwikorita Karnawati, the head of BMKG.

“Jakarta and its surrounding areas are still in the peak period of the rainy season, which is estimated to continue until the end of February or early March.”

The BMKG said Jakarta would be on alert for the next four days with data from the meteorology agency showing intense rainfall in the past 24 hours with the area of Pasar Minggu, in Jakarta’s south, recording 226 millimeters of rain since Friday.