5,000 board feet of hardwood seized in Sta. Ana, Cagayan 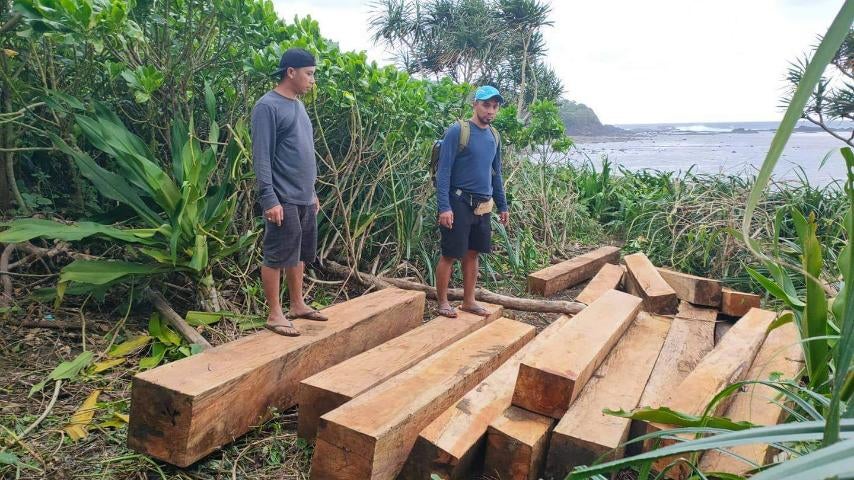 CAMP MARCELO ADDURU, TUGUEGARAO CITY — The police and the military seized  5,000 board feet of undocumented hardwood lumber during a Feb. 19 joint operation in the Cagayan town of Sta. Ana.

Boy Damaso, Johny Damaso, and Rodel Abaya, both residents of San Vicente village were arrested in connection with the illegal lumber by a team composed of the Sta. Ana police, the Cagayan provincial police, and army soldiers of the 4th Maneuver Force Platoon and the Cagayan Mobile Force Company-Casambalangan Patrol Base.

The lot was traced to a company owned by a Cauayan City businessman in Isabela.

The lumber stockpile was brought to the Sta. Ana police station for documentation. VILLAMOR VISAYA JR.