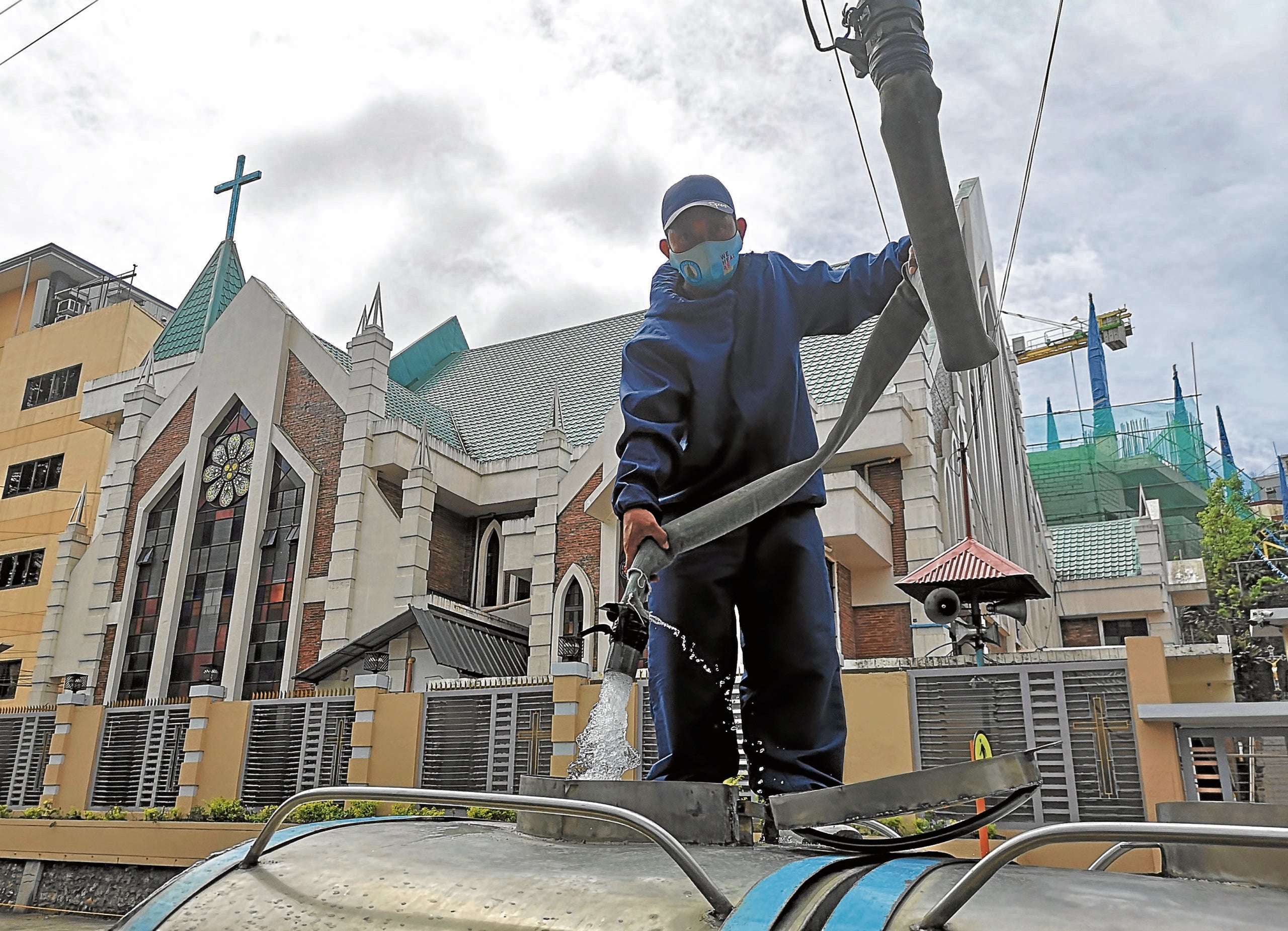 SAVING EVERY DROP The Baguio government is urging residents to conserve water to help manage the city’s supply. Water in the summer capital is precious and has been rationed to a growing population since the 1980s. —EV ESPIRITU

BAGUIO CITY—The local government has asked the country’s water regulatory body to put a cap on the drawing capacity of private wells it has licensed amid the diminishing supply of potable water in Baguio City.

Mayor Benjamin Magalong on Tuesday said the National Water Regulatory Board (NWRB) was asked to deputize the local government and the Baguio Water District (BWD) to set up a schedule for extracting underground water.

The city has 676 registered deep wells as of December 2018, 68 of which were operated by the BWD. The figure did not include “colorum” or unauthorized wells, according to data from the Local Water Utilities Administration.

Baguio’s only American-era rain basin had a storage level of 1.75 meters of reserved water as of November last year, which was down from its peak 12 m or its full capacity of 750,000 cubic meters.

A rain harvesting station at Busol watershed needs repairs while some deep wells have not been drawing enough water, Magalong said.

The BWD has been granted the water franchise in Baguio, but it has no control over the licensing and regulation of private wells approved by the NWRB.

Since the 1980s, the city’s water supply has been rationed and most neighborhoods have been receiving their allocations on certain days each week, except for business and tourism centers, which have uninterrupted supply during business hours.

The declining supply has been attributed to rising population and deterioration of the city’s watersheds.

But no strong typhoons had replenished the city’s ground aquifer in time for the summer season from March to May.

The impact of a supply shortage would not be felt in February, but residents would need to manage water consumption now because a crisis was “inevitable,” Magalong said. —VINCENT CABREZA