Who are the Igorots? | Inquirer News
Close
menu
search

Who are the Igorots? 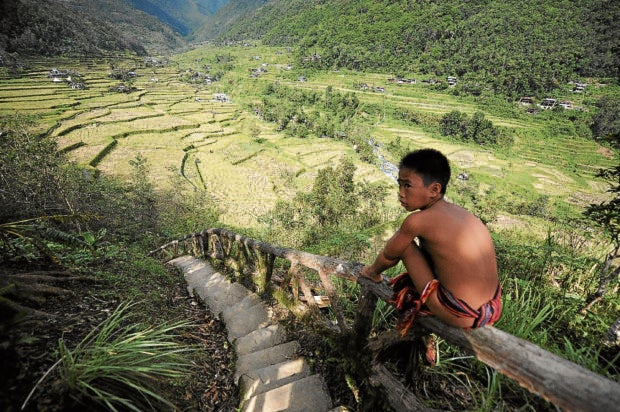 BEYOND NATIVE GARB Indigenous peoples groups in the Cordillera region bring out their best traditional garments in community gatherings and festivals where they showcase their rich history and culture. But beyond their native wear, the Igorots, the collective term for members of the ethnolinguistic groups in the mountain region in northern Luzon, are no different from people from lowland provinces. —PHOTOS BY EV ESPIRITU AND RICHARD BALONGLONG

BAGUIO CITY—Jane Cadalig was attending a seminar when she introduced herself as an Igorot to one of her fellow participants. But the response she got was this: “Igorot ka? Hindi halata (Are you an Igorot? It doesn’t show).”

The 39-year-old Cadalig, a community paper editor in Baguio, said she would like to believe that it was meant as a compliment, but she still found it “offensive.”

“I wanted to ask her to describe to me the Igorot she had in mind, but I just let her comment pass,” shared Cadalig, a native of Sagada town, Mountain Province.

In other instances, people from the Cordillera would sometimes get the remark, “Taga bundok ka (Are you from the mountains)?” according to University of the Philippines (UP) Baguio professor Ruth Molitas Tindaan, who teaches language, literature and the arts.

In her paper, “Recreating Igorot identity in diaspora,” published online by South East Asia Research on Jan. 5, Tindaan studied modern “construction of identity” and “visual self-­representation” of indigenous Igorot from the Cordillera who have migra­ted to the United Kingdom. She conducted the research from 2015 to 2017 under the doctoral studies program of the UP System.

Discrimination, Tindaan said, had often been experienced by Igorots from other Filipino migrants in the United Kingdom. 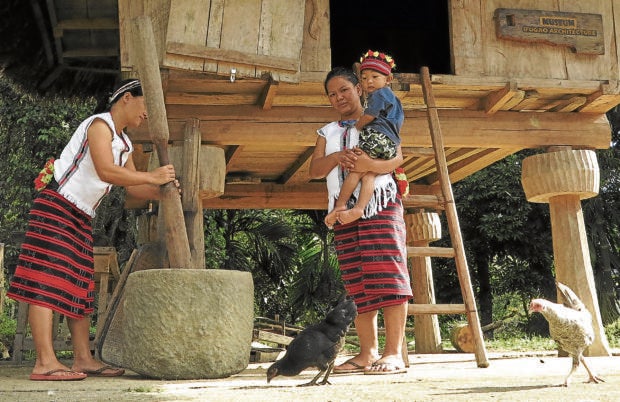 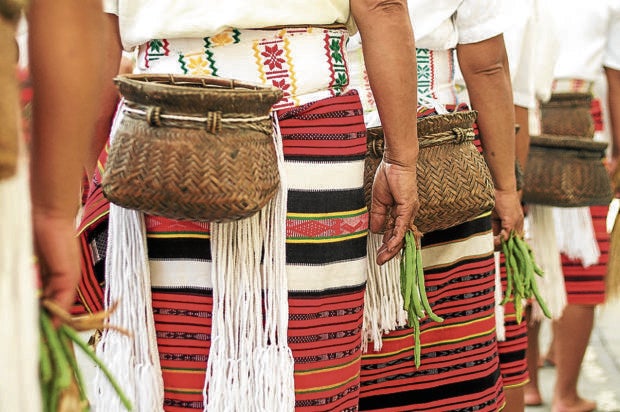 Citing her conversation with members of Igorot Organisation-UK (Igo-UK), Tindaan said a recurrent story she heard was about other Filipinos’ impression that Igorots were from the mountains.

She said an Igorot woman was asked by a fellow Filipino from a “lowland” province how she adjusted to life in London, with the remark “Eh taga bundok ka pa naman (especially because you are from the mountains).”

With this, Tindaan said the colleague implied that the Igorot woman “has lesser aptitude to cope with life in a cosmopolitan city because of her place of origin.”

And when another Igorot woman was told that she does not look like one, the statement implied further that the lowland colleague “condoned” what she perceived as the Igorot woman’s act of hiding “because apparently, she finds something wrong in that true identity.” 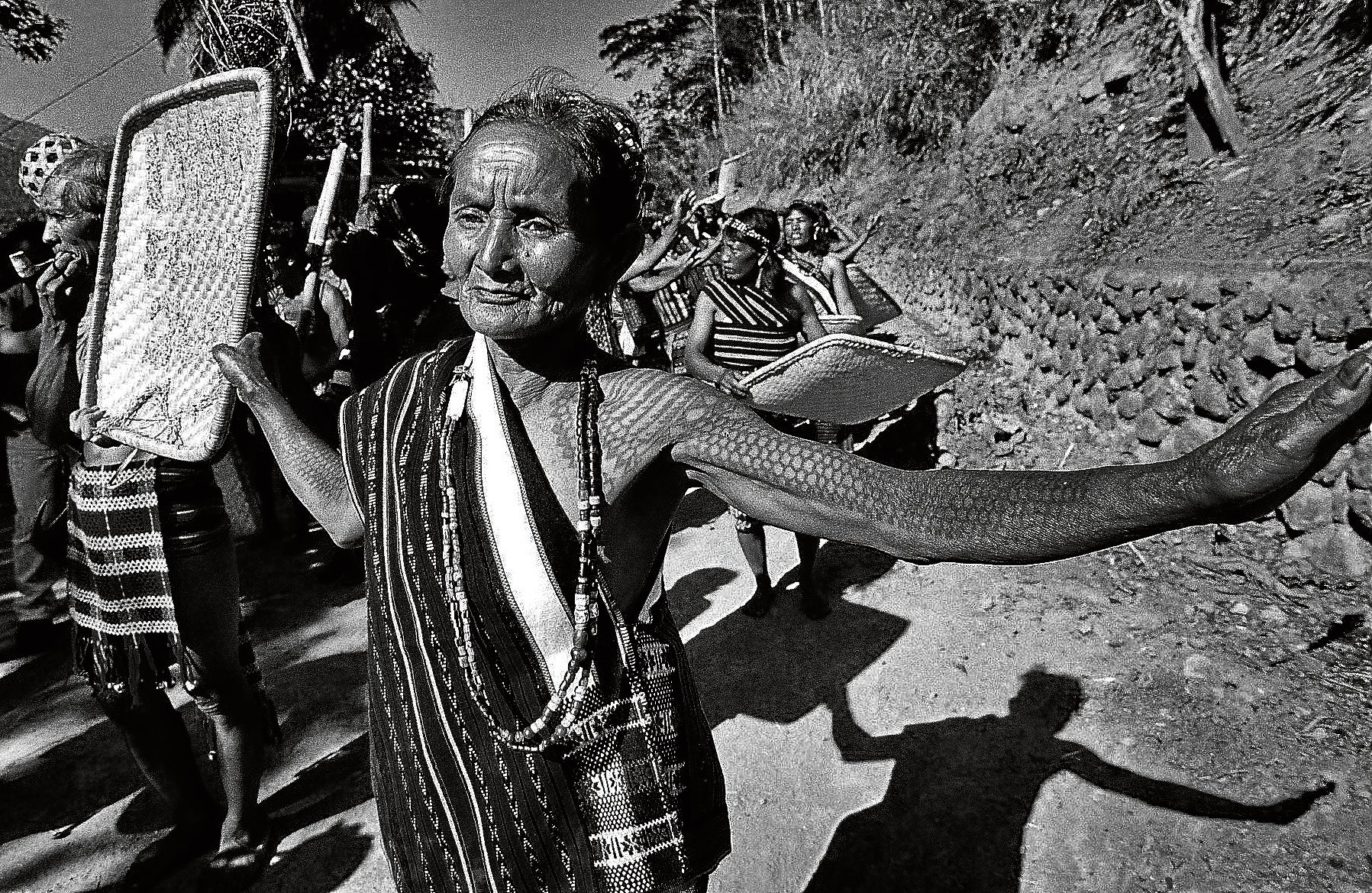 According to Tindaan, these perceptions reflected the descriptions of the London newspapers in 1912 during the Shakespeare’s England Exhibition that Igorots were “barbarians from the mountainous district of the Philippine islands.”

She said such incidents showed that lowland Filipinos who are in the United Kingdom viewed Igorots as “emplaced in the mountains and are associated with certain ‘mountain traits’ … even in their move to another country.”

Tindaan said these perceptions were informed by the so-called indigenous paradigm, which considers indigenous peoples as “a different breed, unfit for the conditions and sophistications of contemporary life.”

“In a mobile contemporary world, Igorots are still perceived as a static group of people bound to the mountains of the Cordillera,” she wrote. 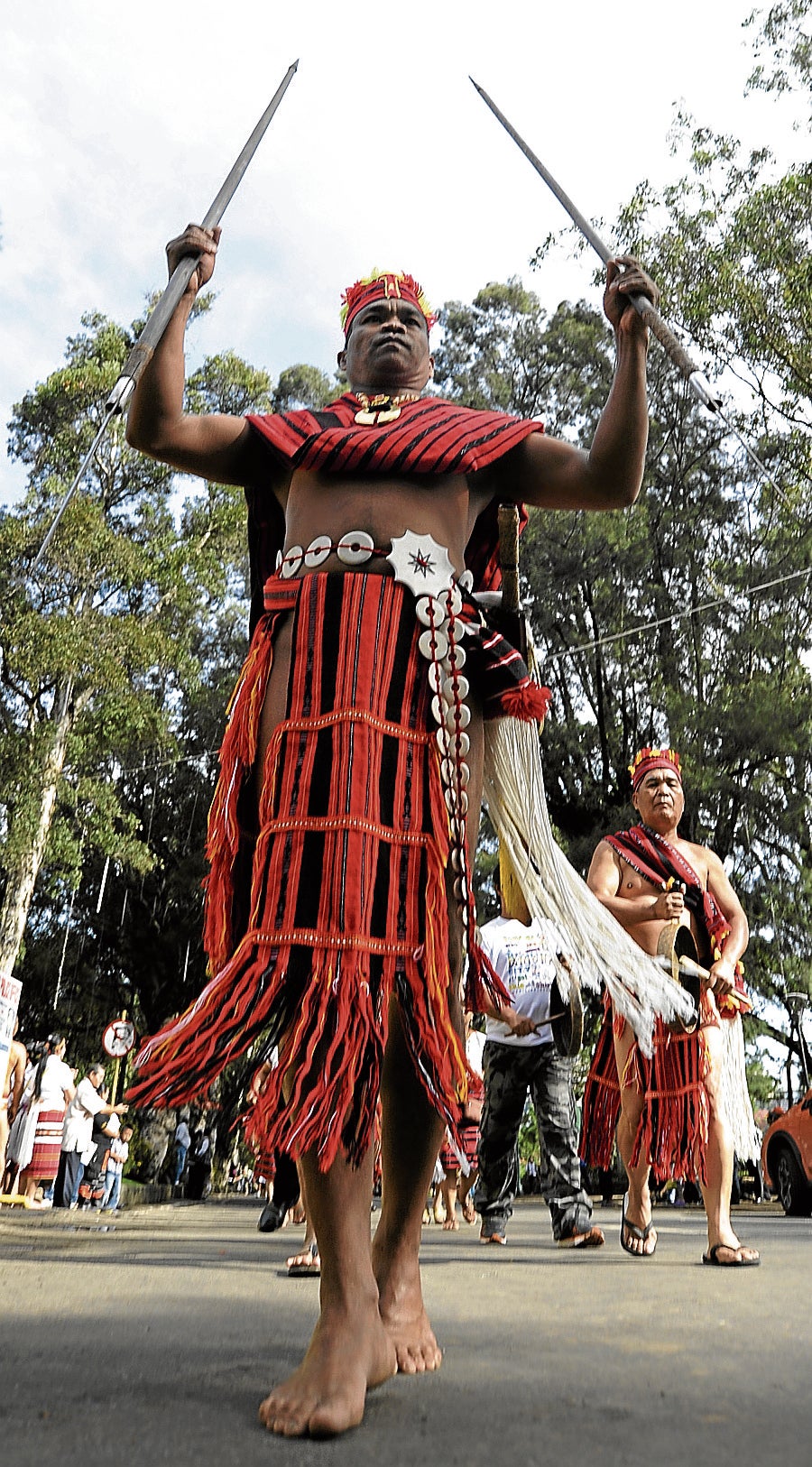 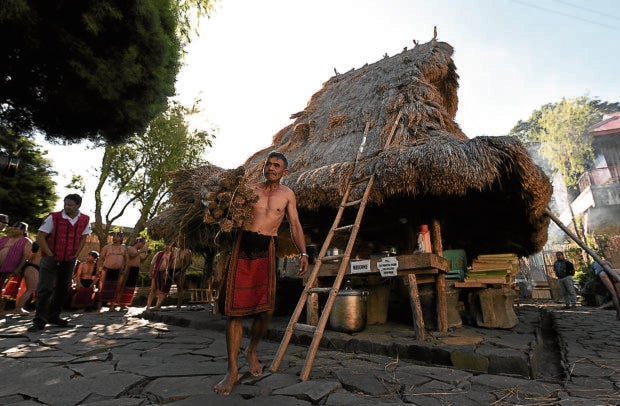 Tindaan said Igo-UK members resisted these prevailing perceptions by traveling across the United Kingdom, bringing their ethnic attire and changing into these upon arrival in their destination for “styled photographs.”

“These photographs were subsequently posted on Facebook and generated threads of interactions among UK Igorots and other Igorots around the world,” she said.

Tindaan added: “These photographs declare that Igorots are not or no longer relegated to the mountains.”

These photographs could also be inspired by their desire to inform others how they, as Igorots in the United Kingdom, “have gone beyond the ‘barbaric’ images of their ancestors frozen in colonial photographs,” she said.

But he said they could accurately be referred to by the names of six different ethnolinguistic groups: Isneg (Apayao), Kalinga, Bontoc, Ifugao, Kankanay (Kankanaey) and Ibaloy.

“But historically they all have one thing in common, whatever they are called—their ancestors resisted assimilation into the Spanish Empire for three centuries,” Scott wrote in the book, “The Discovery of the Igorots: Spanish Contacts with the Pagans of Northern Luzon.” 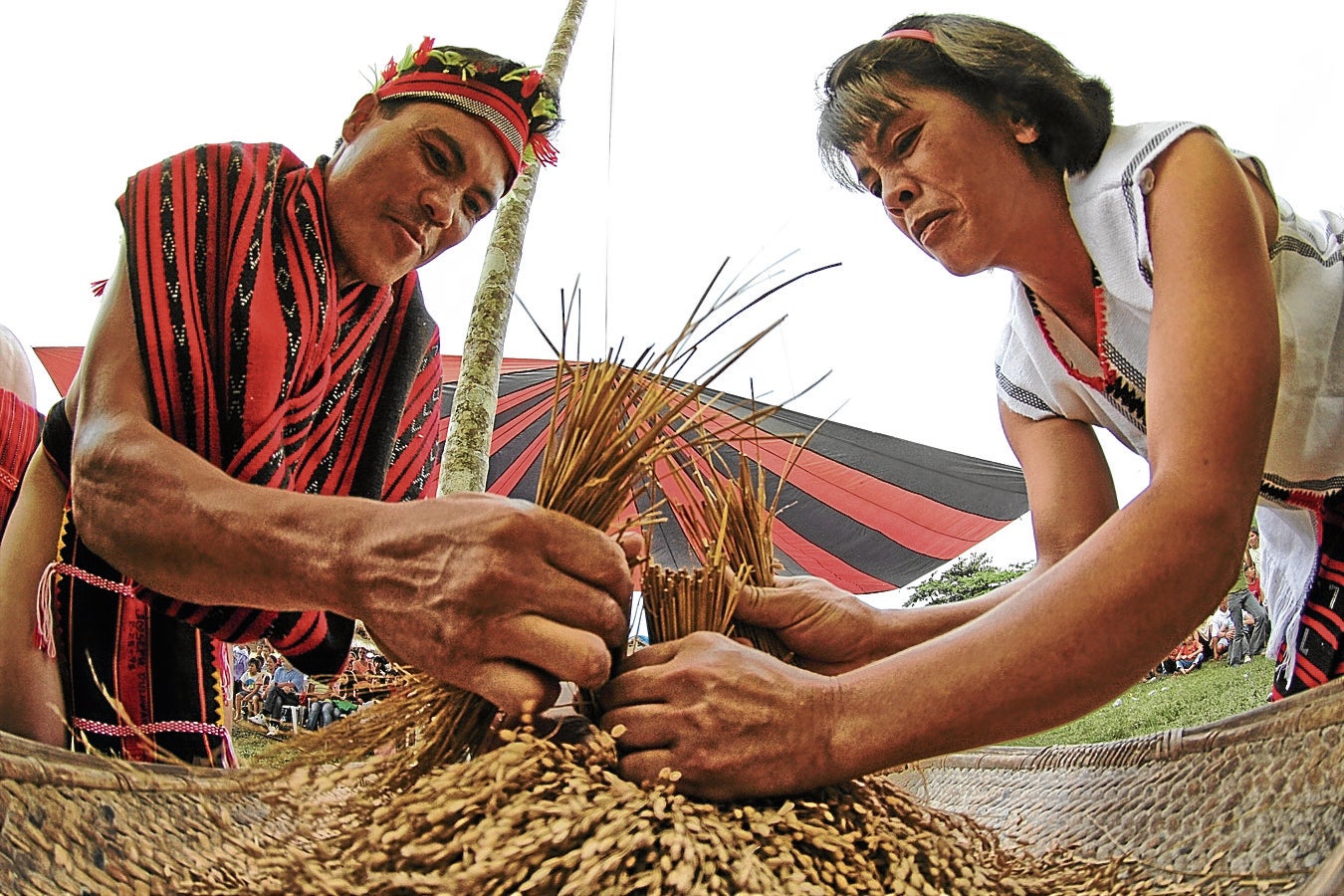 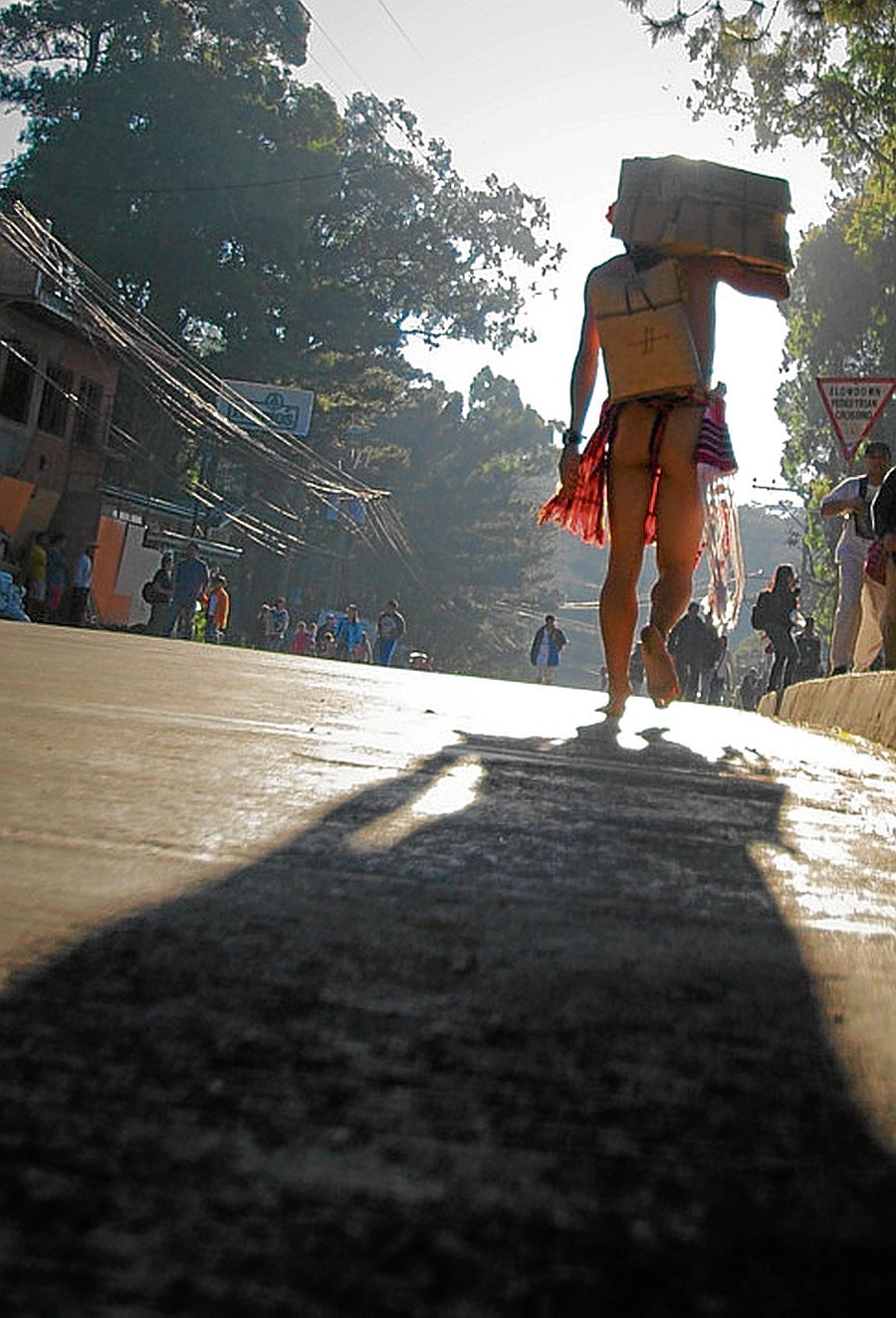 Recently, “wrong and offensive” notions about Igorots, which used to be part of old textbooks, have found their way into workbooks sent to pupils who have been taking lessons online, or through television and radio broadcasts during the coronavirus pandemic, officials said.

Mountain Province Rep. Maximo Dalog Jr. has called out the Department of Education (DepEd) about the “self-learn” module that portrayed the Igorot as having curly hair.

“Ako ay si Diego. Isa akong Igorot … Kulot na kulot ang itim kong buhok (I am Diego. I am an Igorot. My hair is black and curly),” went one passage in the workbook authored by Felicidad Remo and Avelina Espelita, and published by St. Mathew’s Publishing Corp.

But having curly hair is not the appropriate description of Igorots, which is one of the collective terms for people of the Cordilleras, Dalog said.

“We wish to inform the [textbook authors] that physically, we Igorots are generally similar to the Filipino majority like that of Dr. Remo and Ms Espelita,” he wrote in his Feb. 4 letter to Education Secretary Leonor Briones. 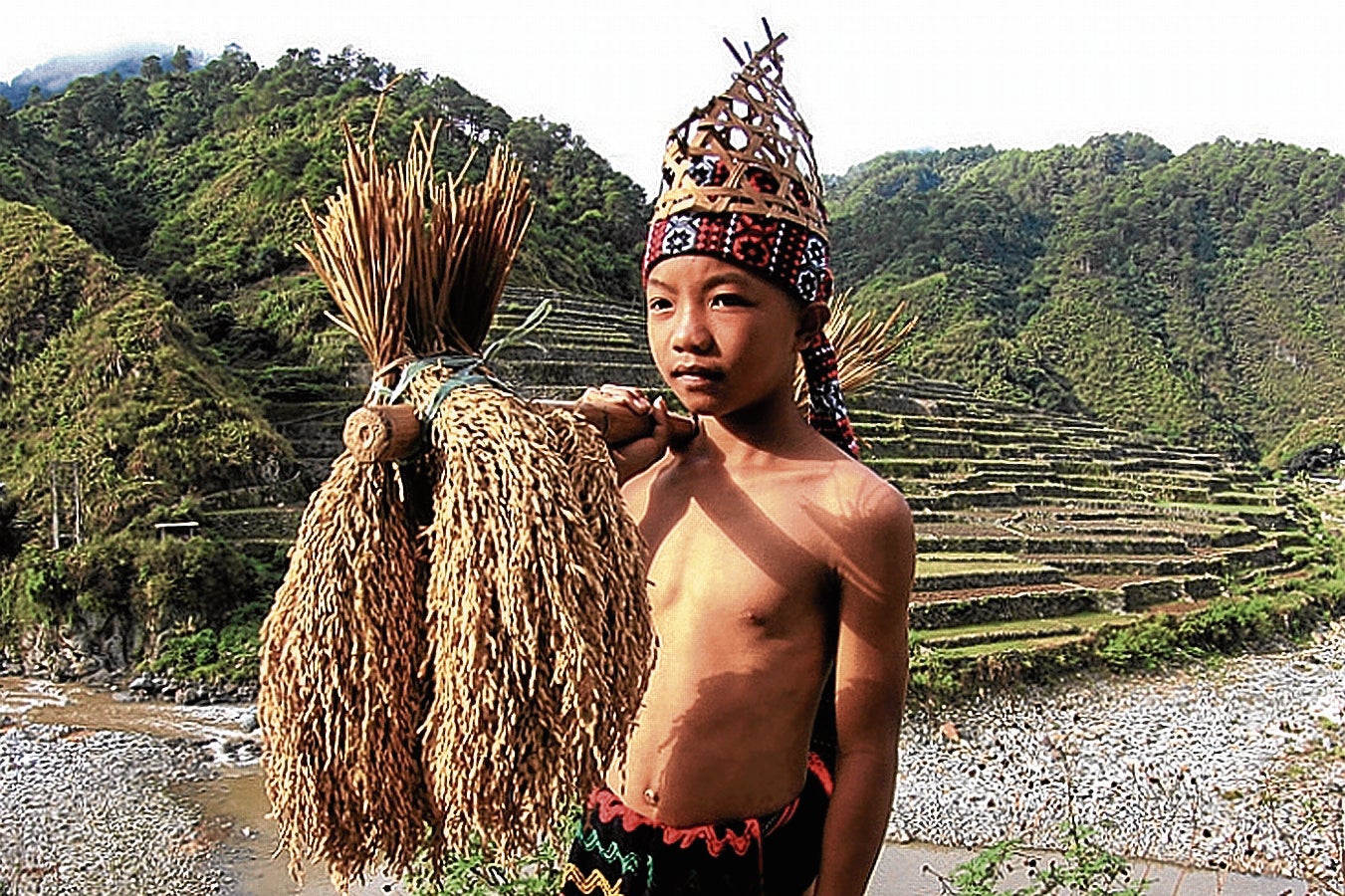 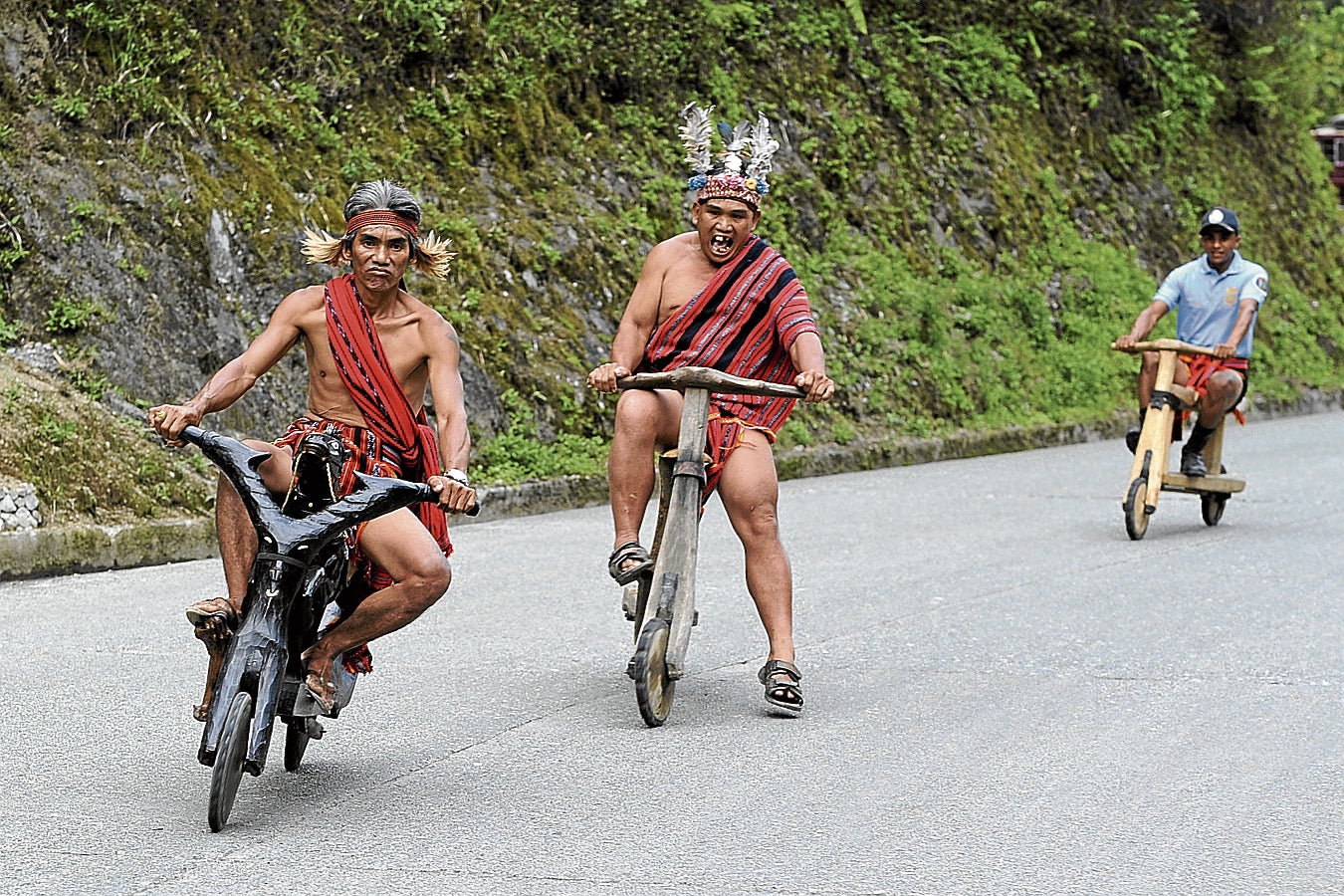 Dalog said his letter expressed a “collective clamor” for the correction of entries in books and learning materials that erroneously depict Igorots.

He also urged the DepEd to conduct an investigation and sanction those responsible for the errors, especially when the wrong information had been taught to students attending classes online.

“This may be accepted as truth, that is why there is a need to respond to it right away,” she said, urging those responsible to make corrections immediately. 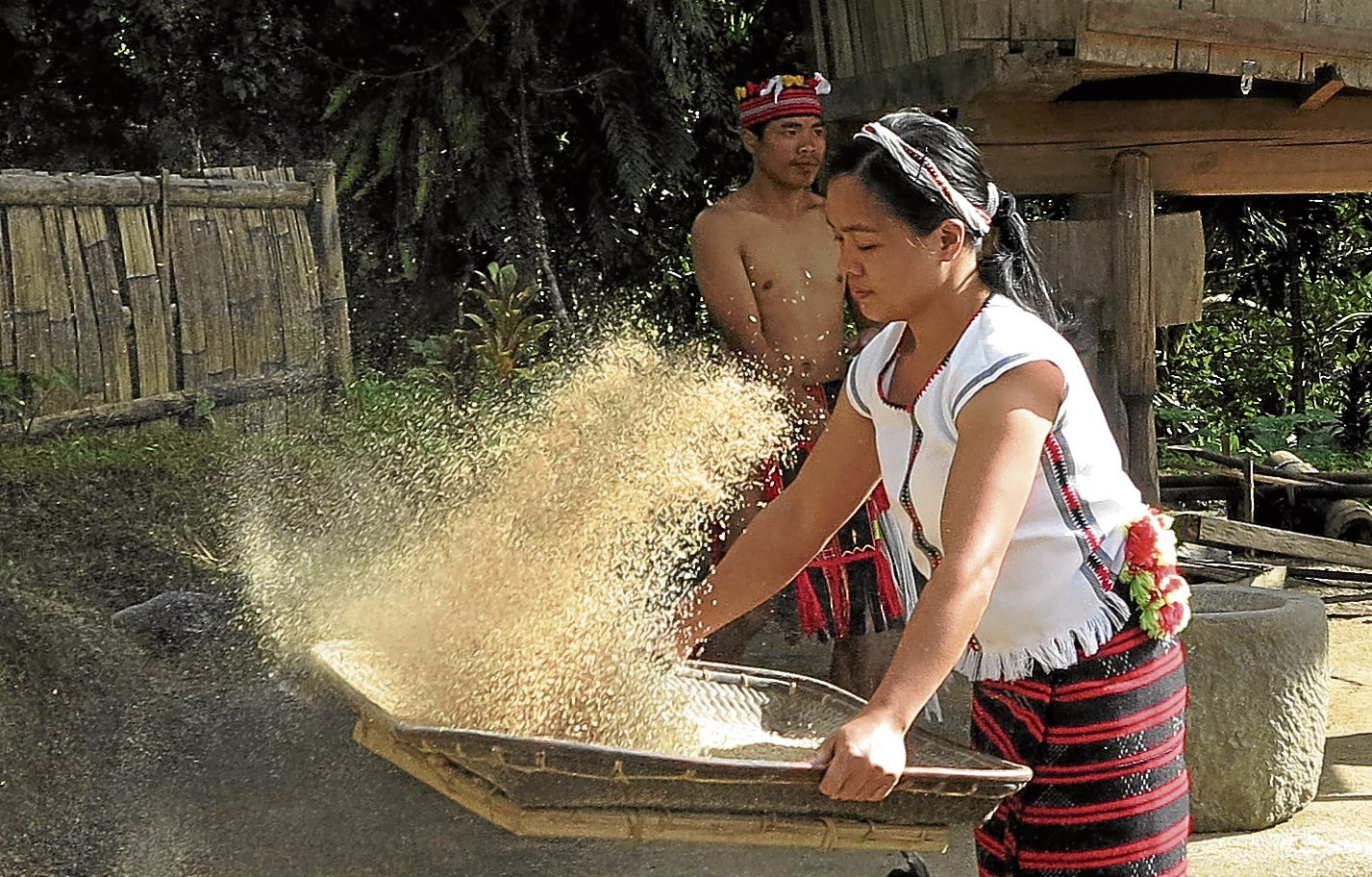 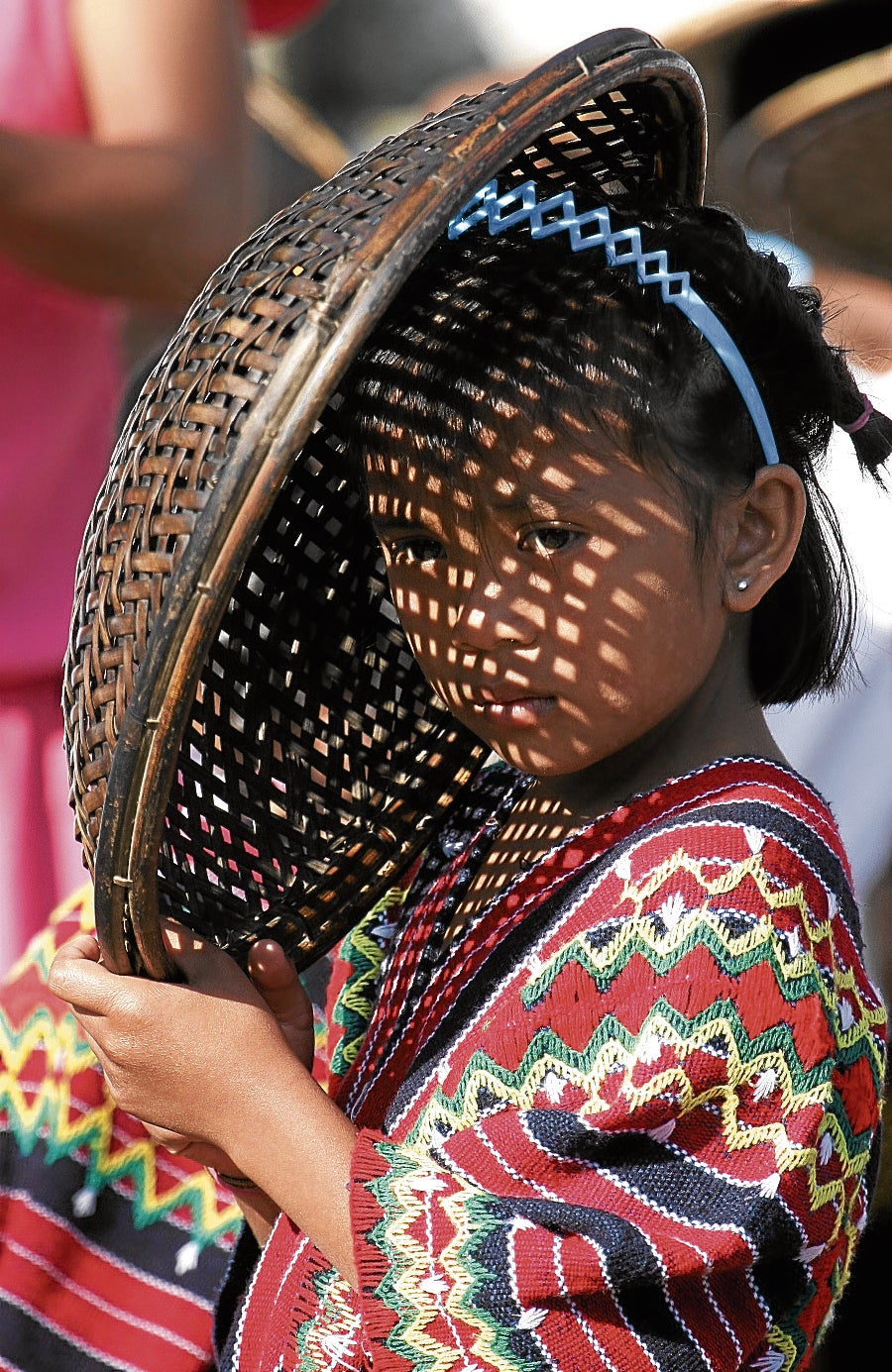 “We are disheartened that these errors circulate nationwide but we hope our collective efforts will change wrong concepts of indigenous peoples like us, especially in areas [where] Igorots are not the majority,” Cariño said.

Lawmakers from the Cordillera, led by Rep. Allen Jesse Mangaoang of Kalinga, have filed House Resolution No. 1522, calling on the DepEd to investigate and correct the erroneous learning modules.

The resolution said it was the DepEd’s responsibility to ensure that textbooks, instructional materials and learning modules “help eliminate prejudice and discrimination” and “promote tolerance, understanding and good relations” among the indigenous cultural communities and the public.

The DepEd, it added, should help create awareness of the indigenous peoples’ identity and culture and “be part of the system that corrects the misleading notions on IPs rather than perpetuating and ignoring them.”

In its Feb. 9 statement, the education department said it was not to­lerating discrimination based on race, gender, age, religion or sexual orientation.

It assured the public that there were “mechanisms in place to ensure this” and complaints could be addressed to its monitoring program called “DepEd Error Watch.”

Kharmin Yangot, a former youth representative to the Baguio City Council, said the prevailing discrimination against Igorots was “a systemic problem that the DepEd alone cannot solve.”

“It [discrimination] requires a total overhaul of the education system, a review of our existing laws, a rede­finition of who is indigenous, a correction of societies’ varied set of beliefs, among others,” Yangot said on her Facebook account. 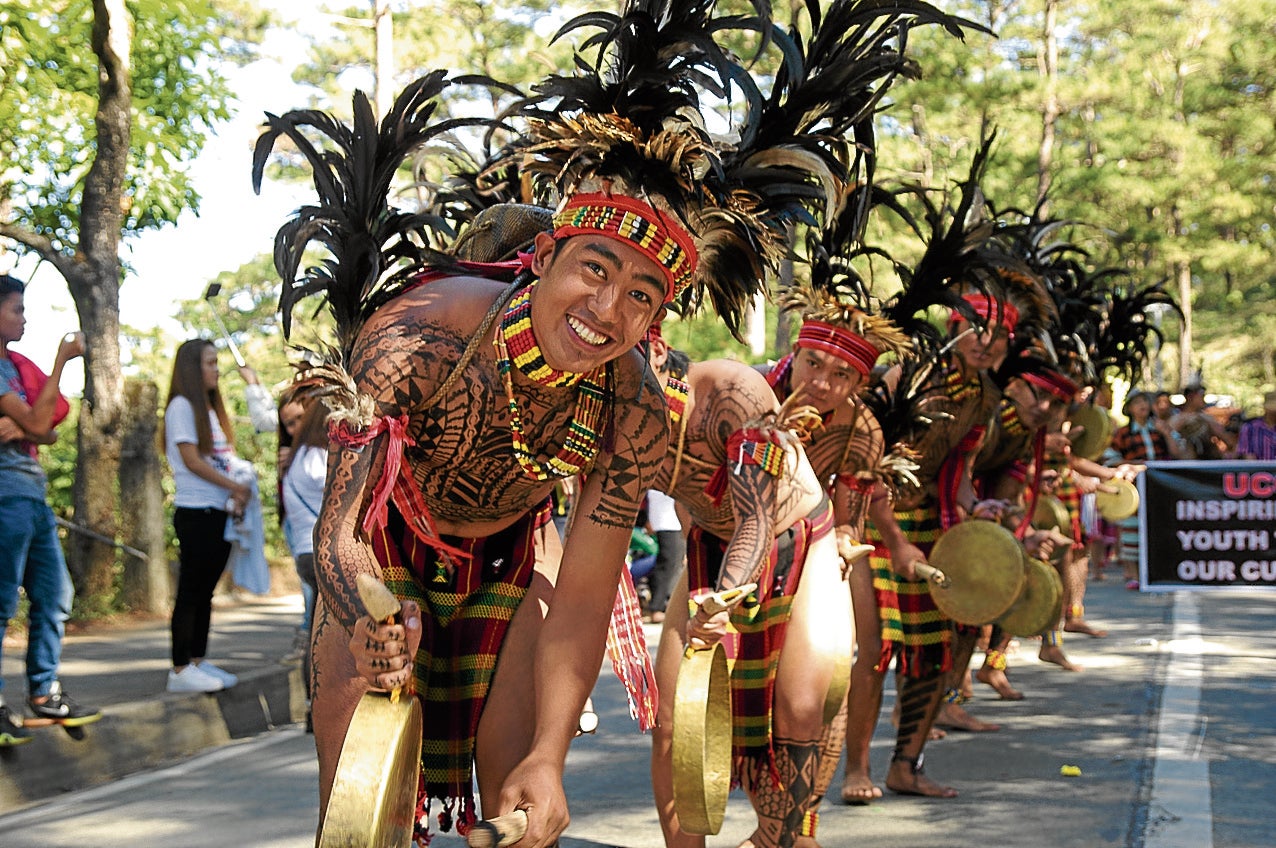