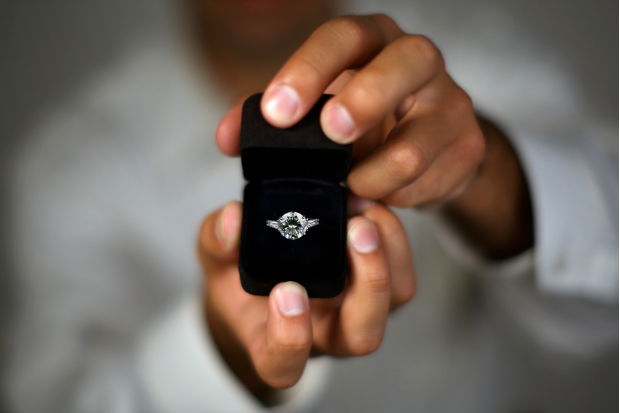 Police are now looking for a man who proposed to a woman with a wedding ring he stole from another lover in Florida in the United States.

The suspect, identified as Joseph Davis, is now wanted on a felony charge of grand theft, Volusia’s Sheriff’s Office announced in a release via Facebook yesterday, Feb. 13.

Davis went by different names for his two girlfriends: he was Joseph Brown to one of them while he went by Marcus Brown to the other.

“Earlier this year, the Orange City woman came forward and told detectives that she discovered her boyfriend was actually engaged to someone else. When she looked up the fiancée’s Facebook page, she noticed a photo of her wearing a wedding band and engagement ring that was identical to her own, from a prior marriage,” police said.

“When she went to check her jewelry box, she discovered her rings were missing. So were several other pieces of jewelry, including a diamond ring that belonged to her grandmother,” they added.

When the victim, whose name was withheld, confronted Davis about the thefts, she also started contacting the “fiancée” from Orlando and was able to retrieve some of the stolen property.

“The Orlando fiancée described how ‘Brown’ had fooled her, too – even taking her to the Orange City girlfriend’s house while she was at work, claiming the house was his, and asking her to move in with him. She told detectives she packed up her apartment, disassembled her furniture and was ready to move until one day, he told her the deal fell through,” police said.

When Davis eventually left the fiancée too and disappeared, her laptop and other jewelry also went missing, possibly making the two girlfriends both victims of theft committed by Davis.

“Both women reported they met ‘Brown’ on the same dating app, OKCupid, in 2015 and 2016. But neither had his real name. When detectives searched databases and shared photos of ‘Brown’ with other law enforcement agencies in hopes of identifying him, they came up empty,” Volusia’s Sheriff’s Office said.

“However, the fiancée remembered the name and address of a niece that ‘Brown’ had in North Carolina. With that information, detectives were able to track down a woman who turned out to be the sister of a Joseph Louis Davis, whose photos matched the photos provided by both victims,” it added.

After doing a background check, authorities found out that Davis had a record as a convicted felon out of Oregon and North Carolina. He also has an active arrest warrant out of Oregon for a hit-and-run crash with injuries.

Police disclosed that Davis’ prior arrests include possession of fictitious ID, filing a false police report, domestic assault and possession of cocaine with intent to sell.

“In one of his out-of-state booking records from 2014, the jail listed a tattoo described as a cross with ‘Only God can judge me’ on his left arm – identical to the tattoo both victims described their boyfriend/fiancée as having,” police shared.

Police are actively looking for Davis as his whereabouts and address are still unknown, as of this writing.  /ra