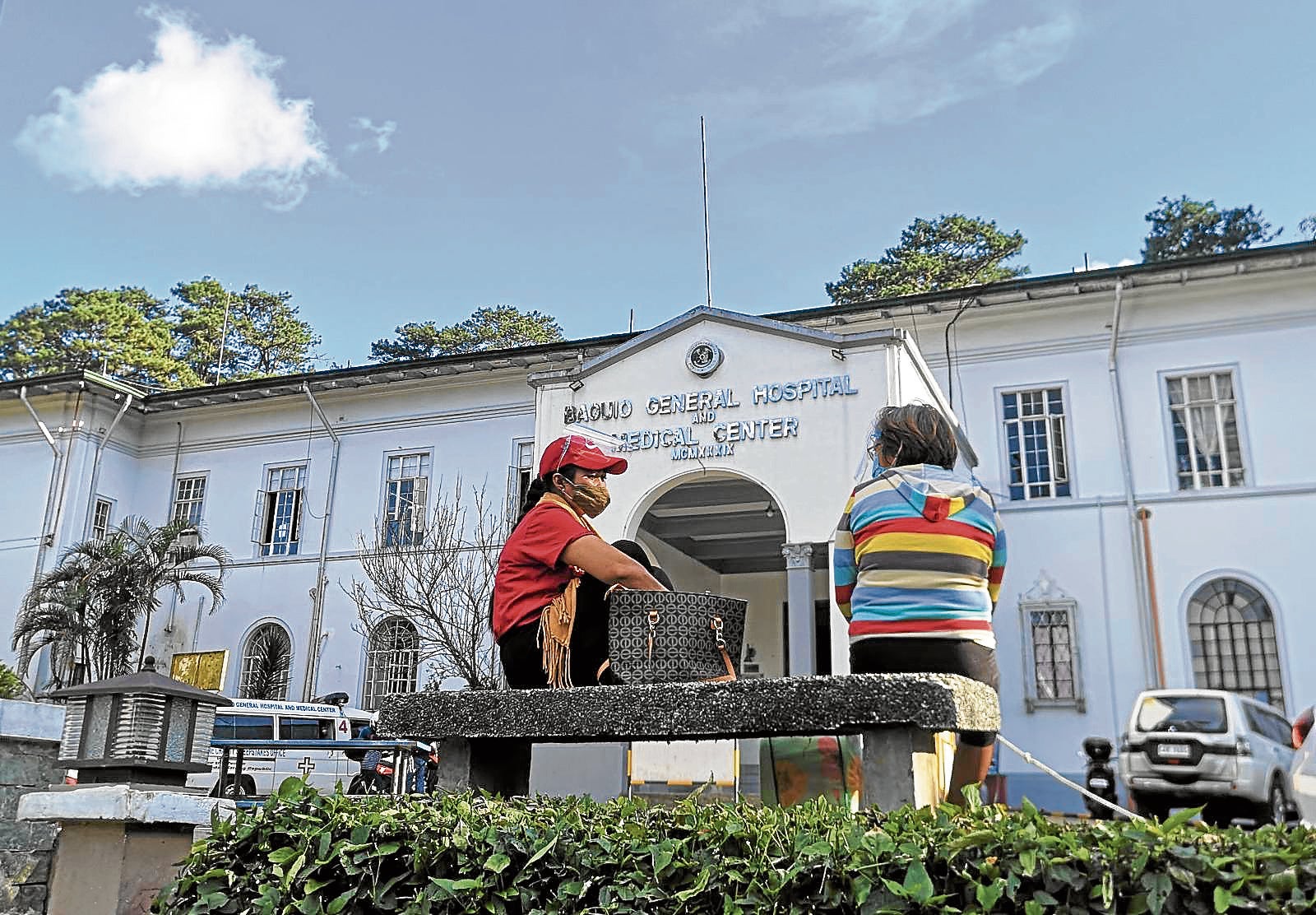 TREATMENT CENTER Baguio General Hospital and Medical Center has been at the forefront of the fight against the coronavirus ever since the pandemic struck in 2020. But some of its health workers have reservations about certain brands of vaccine they may be asked to take in the country’s immunization drive against COVID-19. —EV ESPIRITU

BAGUIO CITY—Rolling out a successful inoculation program in Cordillera would require convincing the doctors and nurses that the vaccine against the coronavirus disease is safe, officials of the Department of Health (DOH) said on Wednesday.

About 5,000 health workers in the region dealing with COVID-19 patients since the pandemic struck in March last year would be given priority for the immunization.

But around 30 percent of medical front-liners who were recently polled in a national survey have expressed apprehensions about the vaccine brands that the government would acquire for them, said Dr. Ruby Constantino, Cordillera director of the DOH, at a press briefing.

Another survey involved about 300 provincial and municipal health workers in Cordillera who were trained to handle the massive inoculation programs on the ground. In this group, around 75 percent indicated they would participate in vaccination and the remaining 25 percent had concerns about the efficacy of some brands, Constantino said.

“Among the employees of the DOH who were surveyed, some people said they were uncertain about [the efficacy] of the vaccines while others refused to be vaccinated,” Constantino said.

Some medical doctors across the country belonging to the Philippine Society for Microbiology and Infectious Diseases Inc. shared the same reservation, she revealed.

“Among the reasons they gave is about the brand,” Constantino said, adding that the survey outcome “was not really surprising.”

Private medical practitioners who spoke to the Inquirer said they did not want to be injected with controversial Chinese brands like Beijing pharmaceutical Sinovac’s vaccine, which appeared to be a government preference.

“We want AstraZeneca,” one of the doctors said.

The AstraZeneca vaccine of a British drug manufacturing firm has been granted an emergency use authorization by the Food and Drug Administration in January, along with the vaccine of American company Pfizer.

Baguio had signed a purchase deal for 360,000 doses of the AstraZeneca vaccine.

100-percent consentLocal hospitals like Sacred Heart Hospital of the Saint Louis University (SLU) and Baguio General Hospital and Medical Center (BGHMC) have also elicited similar results from their own surveys, according to their officials.

BGHMC is the primary facility dedicated for treating COVID-19 patients.

At a separate briefing, Dr. Paul Quitiquit, SLU hospital medical director, admitted there were a number of their front-line employees who are reluctant to get vaccinated.

“Out of [the] 613 work population [of SLU hospital], 51 signified they are still uncertain [of the vaccines],” he revealed.

According to Quitiquit, they would need a hundred percent consent of their staff since COVID-19 patients would expect everyone treating them to be immune to the disease.

All employees with reservations were asked to undergo a seminar, he said.

“We need all our employees to be vaccinated. The hospital setting is unlike a community where we can have only 85 percent vaccinated to establish herd immunity,” Quitiquit said.

At BGHMC, 90 percent of its 2,100 personnel were surveyed last month and only 49 percent were willing to receive the shot, said Dr. Bernard Demot, BGHMC infectious disease specialist.

Demot said about 67 percent were convinced that the vaccines chosen by the government would be safe.

“BGHMC is a COVID-19 referral unit so we hope the percentages would rise in the next survey because they are the ones treating COVID-19 patients,” he said.

A small public survey conducted by the “Smoke-Free Baguio” movement had the same reception to the vaccines.

“We want to raise this number, maybe with continuous information,” she said, adding that Baguio is preparing a master list of residents eligible for immunization.

Baguio intends to inoculate 190,796 Baguio residents to achieve herd immunity. This number refers to 70 percent of the Baguio population (378,532 people) who would no longer pose a threat to residents who were not inoculated.

Children and teens younger than 18 years old are exempted from the program. —VINCENT CABREZA