NUPL withdraws as counsel for Aeta tribesmen charged with terrorism 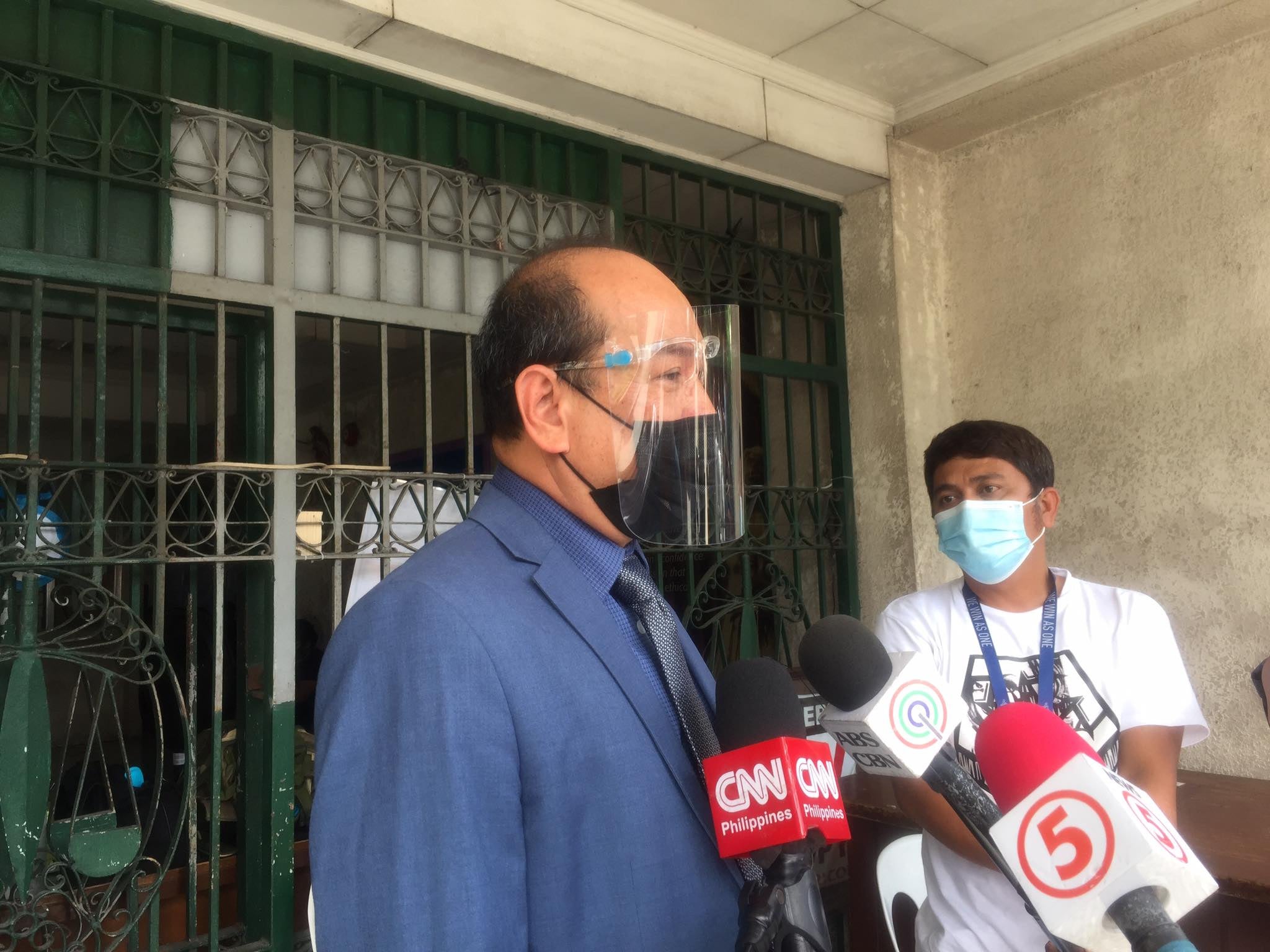 Atty. Bonifacio Cruz of the National Union of Peoples’ Lawyers (NUPL) speaks to reporters in Olongapo City ahead of the trial of the two Aeta tribesmen from Zambales who are the the first known individuals ever to be charged with terrorism under the Anti-Terror Act or ATA of 2020. (Photo by Joanna Rose Aglibot)

OLONGAPO CITY –– The National Union of Peoples’ Lawyers-Central Luzon Chapter (NUPL-CL) on Thursday, Feb. 11, withdrew its representation for the two Aeta tribesmen undergoing trial here for violation of the Anti-Terror Act (ATA) of 2020.

NUPL-CL used to be the “counsel of record” for Japer Gurung and Junior Ramos, members of the Aeta community in Zambales.

The two are the first known individuals ever to be charged with terrorism under ATA. They are also facing charges for illegal possession of ammunition at the Olongapo City Regional Trial Court Branch 97.

“The accused were asked if they are still willing to be represented by the NUPL. They said that they are choosing the representation of NCIP (National Commission on Indigenous Peoples) and PAO (Public Attorney’s Office) lawyers,” Atty. Bonifacio Cruz told reporters here.

Cruz added: “We have no choice but to move for our withdrawal as counsel of record since it is a matter of right of the accused to choose whoever the lawyer could represent them to defend their case in court.” Cruz added.

The trial of the first anti-terror case is still ongoing as of this posting.