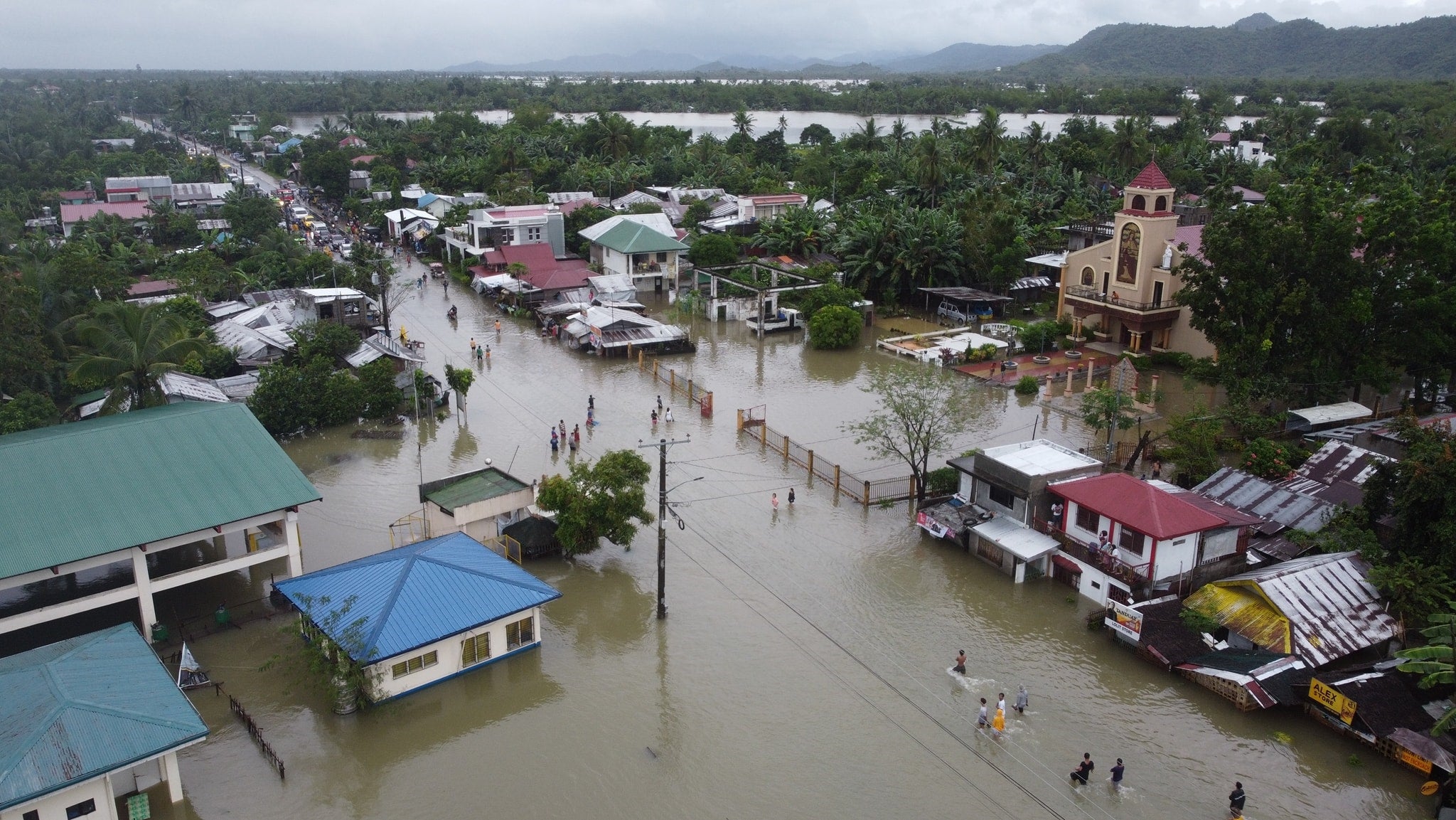 The town of Palo is among the areas in Leyte that experienced flooding. (Photo courtesy of Joseph Pasalo)

TACLOBAN CITY –– Continuous rains have forced several local governments in Leyte to cancel their work and classes on Wednesday, Feb.10.

The mayors of Palo, Tolosa, Santa Fe, Alangalang, and San Miguel have issued orders suspending work and classes at their respective areas due to flooding caused by the heavy rains.

In Palo town, floodwaters submerged some houses, while a still-undetermined number of families from Barangay Badiangay in Santa Fe town were evacuated after their houses got flooded.

Heavy rains have isolated three barangays of Can-isak, Pongso, and Hiagsam, all in Barugo town, also in Leyte, after waters beneath a bridge leading to these villages overflowed.

The road from San Miguel to its neighboring town of Babatngon was also rendered unpassable due to flooding.

At least 15 villages of San Miguel also experienced flooding. More than 10 locally stranded individuals quarantined at the town’s facility were evacuated after the facility got flooded, a staff of Mayor Norman Sabdao said.

Power supply was cut in some areas of Santa Fe, Pastrana, and Jaro towns.

The Leyte II Electric Cooperative, which serves the towns of Babatngon and Palo, and Tacloban City, advised its member-consumers to turn off their main switch if floodwater enters their homes as a preemptive measure.

Flooding was also experienced in Mapanas town, Northern Samar, and Jipapad, and Arteche, both in Eastern Samar.