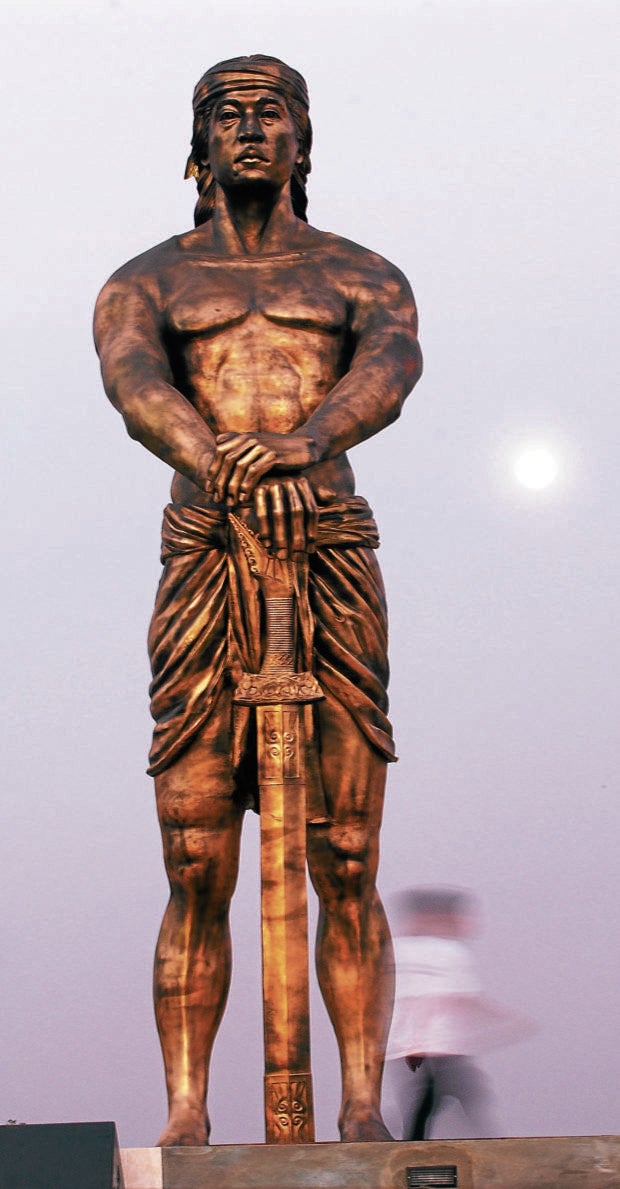 WARRIOR AND LEADER Mactan chieftain Lapu-Lapu, depicted in this statue at Rizal Park in Manila, is regarded as the Philippines’ first hero for leading his warriors in resisting Spanish colonizers. —INQUIRER PHOTO

CEBU CITY, Cebu, Philippines — The mayor of Lapu-Lapu City on Mactan Island has softened his stance on pushing the persona non grata declaration against a Filipino-American rapper whose song wrongly described how local chieftain Lapu-Lapu died.

Mayor Junard Chan said he would give rapper Ez Mil (real name: Ezekiel Miller) a chance to change part of the song.

“I understand that there are really times when we commit mistakes. That is why we continue to open our doors for him,” he said.

Chan took offense at a line in the rap tune “Panalo,” which read, “Nanalo na ako nung una pa pinugutan si Lapu sa Mactan (I was already victorious even before Lapu was beheaded in Mactan).” A video of Mil performing the song has gained over 27 million views from the time it premiered on YouTube on Jan. 21.

Lapu-Lapu was the chieftain of Mactan when Portuguese explorer Ferdinand Magellan and his crew arrived in Cebu province in 1521.

Filipinos regard Lapu-Lapu as the country’s first hero because he was the first known native to resist Spanish colonization as he led local fighters in the Battle of Mactan on April 27, 1521. His warriors defeated and killed Magellan and some of the explorer’s men during the battle.

Mil has since apologized for the lyrics, saying the line was for “rhyming pattern.” He also admitted that the line was inaccurate because there were no known records that Lapu-Lapu was beheaded.Chan said he was worried that the song might create confusion, especially among younger listeners.

“Since I am the father of the city, I am hurt by his action to ridicule [Lapu-Lapu]. If Ez Mil does not recognize Datu Lapu-Lapu as a hero, then he should not have made a song that can anger every Oponganon,” he said.

“If his purpose was to become famous, this is not the right thing to do. You can achieve rhyming but do not make up your own story. It seems like he mocked us,” he added.

Chan said it was ironic that Mil’s controversial song came out in the year when the city would celebrate the 500th anniversary of the victory at Mactan.

“The lyrics that the rapper wrote are not just and fair to the sons and daughters of Lapu-Lapu and to every Oponganon. This is a big insult to us. He mocked the person who we consider a hero,” the mayor said.