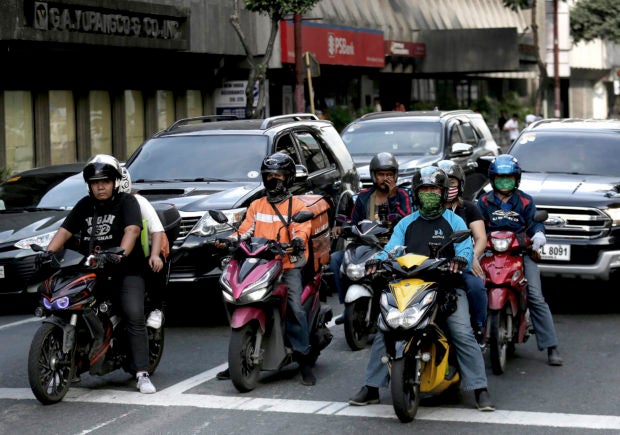 MANILA, Philippines — There are now an estimated 47,866 unregistered motorcycles in the country based on data from 2016 to 2020, figures presented by the Land Transportation Office (LTO) to the Senate on Friday showed.

During the LTO’s presentation during the hearing of the Senate Blue Ribbon Committee on the implementation of the Republic Act No. 11235 or the Motorcycle Crime Prevention Act, the agency said that there are a total of 10,223,623 new stocks of motorcycles that were reported from 2016 to 2020.

However, there are only 10,175,757 new registrations of motorcycles from the same period.

Furthermore, there are a total of 7,328,116 registered motorcycles as of December 2020, which consists of 1,949,589 new units, and 5,378,527 for renewal. This includes motorcycle units with and without sidecar, and non-conventional units or those called three-wheeled vehicles.

The LTO presented the numbers as Senator Richard Gordon criticized the agency over the supposed delay in the distribution of motorcycle plates, which would have helped in the investigations of the police for motorcycle-related crime incidents.

“For the last several years, more than 30,000 people have been victimized by riding in tandem in this country. People [were] killed, people’s bags have been snatched, our roads are unsafe, our homes are unsafe,” Gordon also said.

Data from Gordon’s office, which cited information from the Philippine National Police (PNP), showed that there are a total of 36,848 crime incidents related to riding-in-tandem since 2010, including 8,805 deaths as of 2018.

From January to February 4 alone, a total of 25 individuals, including 24 who died, have been victimized by riding-in-tandem suspects, according to Gordon.

Lt. Gen. Guillermo Eleazar, deputy chief for administration of the Philippine National Police (PNP) who is present at the hearing, explained that criminals normally use motorcycles because it is easier to maneuver and escape even in heavy traffic.

(If we cannot see their plate numbers, even in closed-circuit television cameras or based on testimonies of witnesses, it is really hard to solve these cases even if we rely on other means to investigate.)