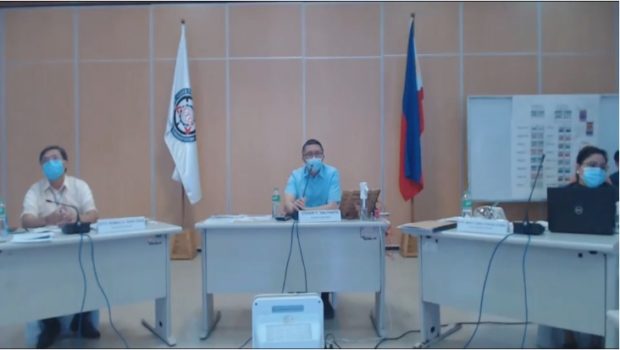 MANILA, Philippines — The Land Transportation Office (LTO) on Friday said it has so far distributed more than 800,000 motorcycle plates to its regional offices, amid the beating it took from an irked Senator Richard Gordon over the supposed delayed distribution of motorcycle plates.

Based on LTO’s presentation at a Senate hearing, a total of 1,276,149 motorcycle plates have been produced at plate-manufacturing plants as of Feb. 2, 2020, of which 875,154 have been distributed to regional offices of the agency. Gordon, chair of the Senate Blue Ribbon Committee that was conducting the hearing on the implementation of the Republic Act No. 11235 or the Motorcycle Crime Prevention Act, however, seemed dissatisfied with the figures.

“Sounds like a very nice narrative but the bottomline is, nothing is moving. You have only distributed according to you 800,000 to the different regions and we don’t know whether these have been distributed to the people,” he said.

(It is now 2021 and its only now that you report that you have only distributed 800,000 motorcycle plates… I am steadfast on the fact that the plates have not reached their intended owners. Your distribution has been very much delayed because it should have been finished by 2019.)

In response, LTO chief Assistant Secretary Edgar Galvante said that there were factors that contributed to the delay of distribution of the plates.

He said that the LTO is in the process of delivering the remaining plates to motorcycle riders.

(We are in the process of delivering this, but the production was tied up in the disallowance case, while the delivery of the plates for four-wheel vehicles were subjected to temporary restraining order.)

Gordon, however, pointed at the importance of providing the motorcycle plates, citing the number of riding-in-tandem crime incidents being recorded in the country.

(Each time you delay, there are people who getting killed. In January, people die everyday because you do not distribute the plates. People don’t have any plate number to report to LTO control centers.)

Lt. Gen. Guillermo Eleazar, deputy chief for administration of the Philippine National Police (PNP) who is present at the hearing, also agreed with Gordon that motorcycle plates that would be more visible especially in closed-circuit television cameras would be able to help the police solve riding-in-tandem crime incidents.