EXPLAINER: The 3 variants of SARS-CoV-2

MANILA, Philippines —  A year after the Covid-19 emerged from Wuhan, China and affected many countries globally, SARS-CoV-2, the virus that causes Covid-19, has mutated into three variants — the UK variant, South Africa variant, and the Brazil variant.

Although the variants came from the same virus that originally causes Covid-19, each variant has its own set of mutations and changes in the spike protein of the virus.

“So far, the main concern is that these virus variants seem to have mutated in ways that make them more easily passed from one person to another,” said Cleveland Clinic in a statement on its website.

The World Health Organization (WHO) also said that there is no evidence yet that these variants are deadlier than the original coronavirus strain.

“[S]cientists have now studied this and have found that these variants do tend to spread faster, they’re more transmissible or more infectious. So that’s the worrying part. However, so far, they do not seem to cause more severe illness or a higher death rate or any sort of different clinical manifestations,” Dr. Soumya Swaminathan, chief scientist at WHO, explained.

Here are some things you need to know about the three variants of SARS-CoV-2:

According to an article posted on the UK government’s website, on December 14, the Public Health England (PHE) identified a “new variant” of SARS-CoV-2 across the south and east of England. It was named “VUI-202012/01” – also known as B.1.1.7  – which means the first Variant Under Investigation in December 2020.

According to the UK government, the variant might have possibly emerged as early as September “and then circulated at very low levels in the population until mid-November.”

Some experts previously stated that the UK variant may be up to 70 percent more transmissible or infectious.

However, the Centers for Disease Control and Prevention (CDC) explained that based on research by PHE, the variant could be between 30 to 50 percent fast at spreading from person to person.

An analysis by scientists from the UK last month showed that the B.1.1.7 variant may be associated with an increased risk of death compared with other variants. Still, CDC said additional studies are needed to confirm the claim. 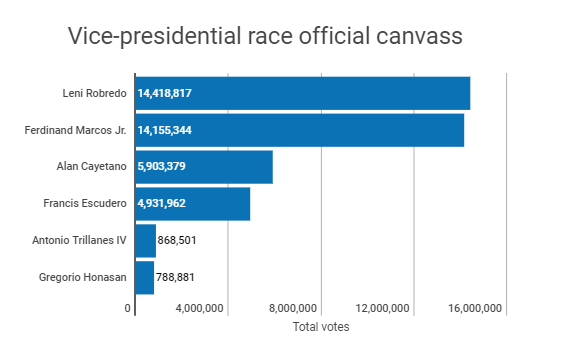 Based on the Covid-19 Weekly Epidemiological Update by WHO, as of February 2, a total of 80 countries across all six WHO regions have reported either imported cases or community transmission of the UK variant.

The Department of Health (DOH) on January 13 confirmed the first case of UK variant in the Philippines.

The patient who came from Dubai “was swabbed and quarantined in a hotel upon arrival. The positive test result was released the following day and the patient was referred to a quarantine facility in Quezon City while his samples were sent to PGC for whole-genome sequencing” according to DOH.

By January 26, the health department announced a local transmission of the variant in Bontoc, Mountain Province following the detection of 12 cases in the town.

The CDC detailed that the B.1.351 variant was initially discovered in Nelson Mandela Bay, South Africa, in samples dating back to the beginning of October 2020. The variant was reported to WHO on December 18.

The variant was also named 501Y.V2 due to its N501Y mutation, according to WHO. Aside from that, the South African variant also contains other mutations in the spike protein including K417N and E484K.

WHO said that preliminary studies on the variant suggest that it is “associated with a higher viral load, which may suggest a potential for increased transmissibility.” However, it clarified that further investigation is still required to establish the finding.

“Moreover, at this stage, there is no clear evidence of the new variant being associated with more severe disease or worse outcomes,” the agency said on its website. 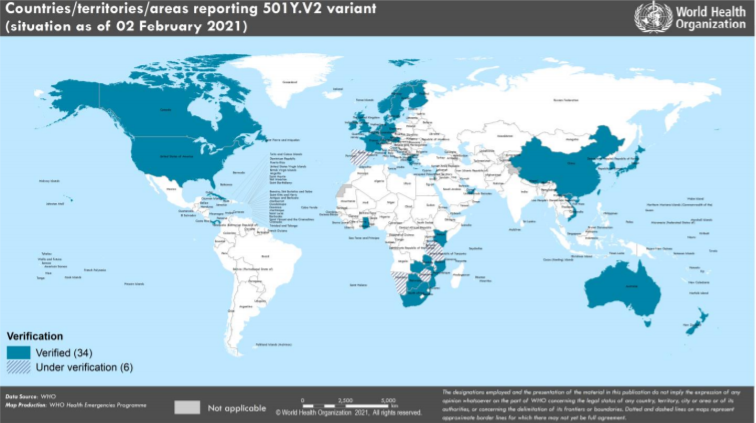 The National Institute of Infectious Diseases (NIID) of Japan detected the P.1 variant of SARS-CoV-2 from the B.1.1.28 lineage on January 6 in four travelers from Brazil who were tested during routine screening at the Haneda Airport on January 2.

According to CDC, the P.1 variant contains at least 17 unique mutations including “three mutations in the spike protein receptor-binding domain” which may “affect its transmissibility and antigenic profile.”

This means that the variant might cause a potential increase in the transmissibility or re-infection of SARS-CoV-2 among individuals.

Based on a study cited by the CDC, a sudden surge in Covid-19 cases in Manaus, the largest city in the Amazon region, might have been due to the emergence of the P.1 variant and its three mutations identified as K417T, E484K, and N501Y.

The P.1 variant has been detected in ten countries, recently in the United States. 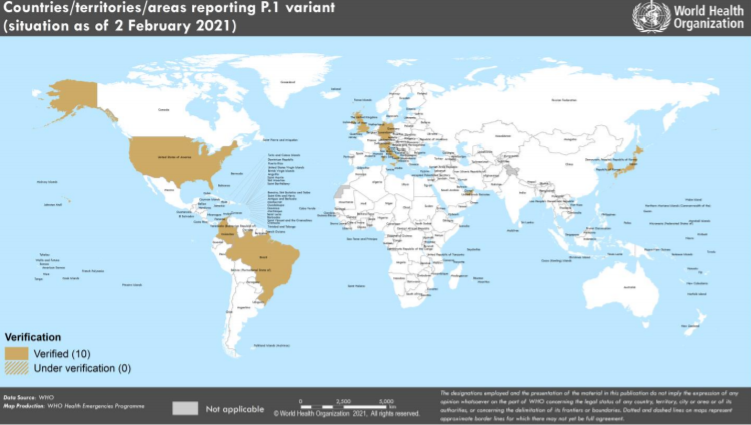 On the other hand, is the P.2 variant which CDC reported has been spreading in Rio de Janeiro. Similar to the P.1 variant, it also carries the E484K mutation.

Scientists have recently dubbed the E484K mutation present in both South Africa and P.1 variant as the “escape mutant.”

An article published by the Center for Infectious Disease Research and Policy (CIDRAP) in the University of Minnesota on Tuesday said the E484K mutation might cause the SARS-CoV-2 to “partly evade immunity” and “dampen the impact of vaccination after one dose.”

Studies found that the mutation might be able to escape some antibodies produced by the Covid-19 vaccine.

“The E484K mutation has been shown to reduce antibody recognition. As such, it helps the virus SARS-CoV-2 to bypass immune protection provided by prior infection or vaccination,” said Francois Balloux, professor of Computational Systems Biology and Director at University College London’s Genetics Institute in a statement on January 4.

However, he clarified that the mutation can bypass the protection provided by the current Covid-19 vaccines.

Despite the initial analysis on the E484K mutation, results of early laboratory studies indicated that the existing vaccines against the Covid-19 can also be effective against the SARS-CoV-2 variants.

A study suggested that Pfizer BioNTech’s Covid-19 vaccine can be effective against variants from the UK and South Africa.

Moderna, another US-based pharmaceutical company, also claimed that their vaccine can protect individuals against the new variants.

Laboratory studies performed using Moderna’s Covid-19 vaccine showed that there was no reduction in the antibody response against the UK variant.

On the other hand, scientists found a reduced response against the variant found in South Africa. Although the company believes that two doses of the vaccine might provide better protection against the variant, another test is suggested using a booster shot.

Meanwhile, early trials of vaccines by Novavax and Johnson & Johnson showed that vaccine jabs can give some kind of protection against the SARS-CoV-2 variants.

In a statement on January 30, Johnson & Johnson said that the Janssen vaccine’s effect on the South African variant was diminished. However, it could still help contain the spread of the virus.

In December, British drugmaker AstraZeneca also reported that their Covid-19 vaccine should be effective in combating the new variants.