Frontliner’s prize: Film fest all to herself 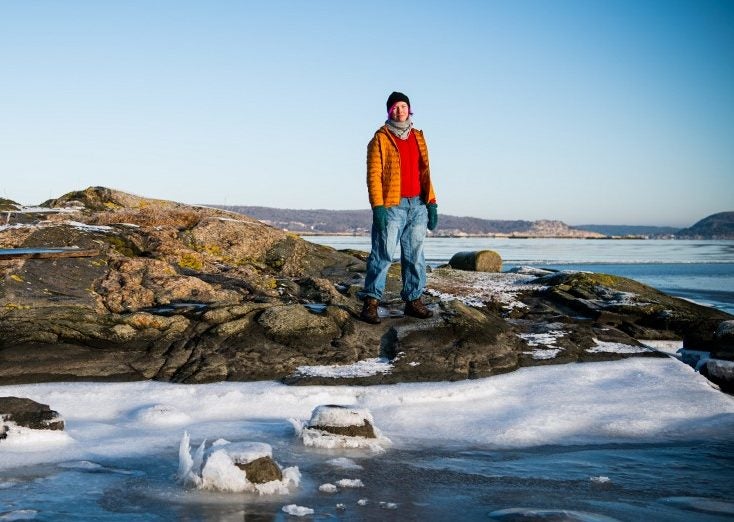 FOR HER EYES ONLY Lisa Enroth, 41, an emergency nurse and film fan, won a competition to have her own isolated cinema, spending a week watching as many films as she likes out of 70 movies while staying in a hotel built around a former lighthouse on a remote Swedish island. —AFP

MARSTRAND, SWEDEN—A front-line Swedish nurse is getting some Covid-19 downtime with a week of private screenings of the Gothenburg Film Festival, in a former lighthouse off the country’s west coast.

More than 12,000 candidates from 45 countries applied to watch the festival’s films in almost near isolation on an island 400 kilometers from Stockholm.

The prize is a week viewing as many of the festival’s 70 premieres as they like in a hotel in the former Pater Noster Lighthouse. But the winner will be in isolation and will have no access to their own computer or laptop.

The bright-red lighthouse, built on a tiny island off Sweden’s west coast in 1868, is surrounded by a scattering of squat, red buildings originally built to house the lighthouse keeper’s family. It can only be reached by boat or helicopter, depending on the weather.

After a series of interviews and tests, festival organizers chose emergency nurse and film buff Lisa Enroth for the prize, in keeping with the 2021 festival’s theme, “Social Distances.”

Before boarding a small speedboat out to the island on the clear, chill winter’s morning, Enroth said she had applied not only out of her love for the cinema, but also to seek respite from her hectic work as an emergency nurse during the pandemic.

“It has been hectic, so it’s a nice opportunity just to be able to land and to reflect over the year,” she said.

Sweden, which has taken a light-touch approach to the pandemic compared to its neighbors, has been facing a stronger than expected second wave of the virus. So far, more than 11,500 people have died from Covid-19 across the country.

Enroth works in the emergency ward of a hospital in Skovde in central Sweden. Since the start of the pandemic, her hospital’s work caring for virus patients on top of their regular workload has been intense.

“We had a lot of Covid cases during this year and every patient that has been admitted to the hospital has been passing through the emergency ward,” she told journalists.

The organizers said they were surprised by the number of applicants for the prize but were confident they had chosen the right candidate—not only for her love of cinema.

“She has also dedicated this past year in the front line against the Covid-19 pandemic,” the festival’s creative director Jonas Holmberg told Agence France-Presse (AFP). “That’s also one of the reasons we chose her.”

One of many heroes

The festival’s CEO Mirja Wester said: “It feels particularly right to be able to give this unique experience to one of the many heroes of the health-care system who are all working so hard against COVID-19.”

Boarding the boat dressed in a thick survival suit, Enroth sped over the calm, icy waters, jumping off in the island’s tiny harbor and disappearing into her lodgings.

Enroth will also have a tablet and headphones if she wants to watch films elsewhere on the island, which measures just 250 by 150 meters.

With only one other person staying permanently on the island—a safety precaution—Enroth’s only contact with the outside world will be through her video diary about the films she has viewed.