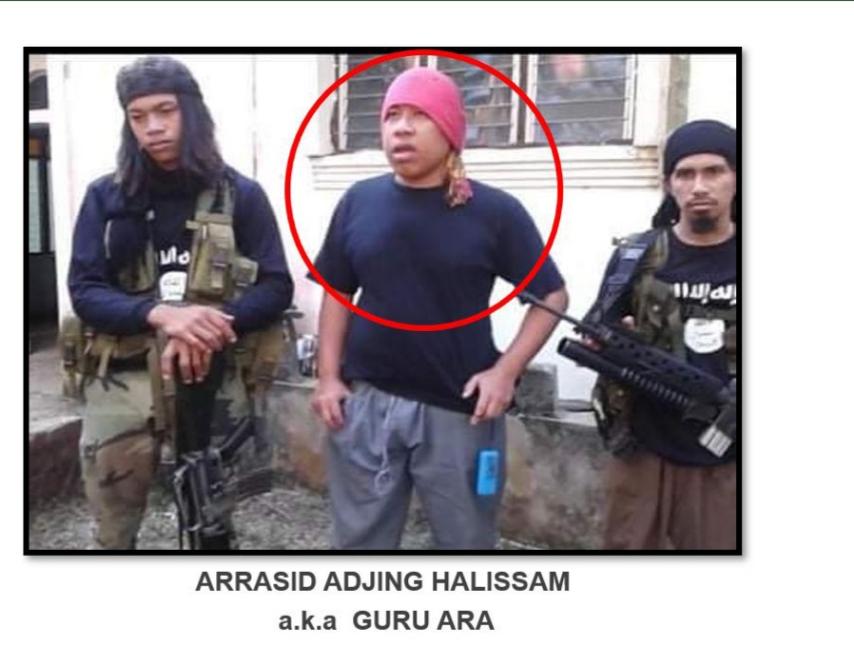 PNP identified the fatality as Arrasid Adjing Halissam, alias Guru Ara, who moved to Sulu and joined other ASG members after the death of Hapilon in the months-long war in Marawi in 2017.

“The Periodic Status Report disclosed that suspect [Halissam] is the trusted man of slain international terrorist, ISIS-ASG Leader Isnilon Hapilon and was the facilitator of late Malaysian International Terrorist Zulkipli Bin Hir a.k.a Marwan,” read the statement from PNP.

Police officers were serving an arrest warrant for illegal possession of firearms and explosives against Halissam at 3 a.m. when the latter shot the lawmen using a caliber .45 pistol. Lawmen then retaliated, killing the suspect.

The Philippine police also cited that Halissam was involved in kidnapping incidents in the Zamboanga Peninsula.

“Guru Ara was also involved in various atrocities in Zamboanga Peninsula which, including the kidnapping and beheading of Doroteo Gonzales in 2009; kidnapping of Kevin Lunsmann, Gerfa Yeatts Lunsmann and Romnick Jakaria in July 2011; kidnapping of Warren Richard Rodwell in December 2011; kidnapping of two Chinese Nationals Yuan Lin Kai and Jian Luo in Poblacion, Kabasalan, Zamboanga Sibugay on June 4, 2012; and kidnapping of Sabrina Ikbala-Voon on February 19, 2014 in Brgy Mercedes, Zamboanga City,” read the PNP report.