The military, which ruled the country for nearly five decades, had this week refused to rule out seizing power over its claims of voter fraud in November’s elections, won by Suu Kyi’s National League for Democracy (NLD) party.

Myo Nyunt, the spokesman for the NLD, said Suu Kyi, along with President Win Myint, had been “detained” in the capital Naypyidaw.

“We heard they were taken by the military,” he told AFP, adding that he was extremely worried about the pair.

“With the situation we see happening now, we have to assume that the military is staging a coup.” 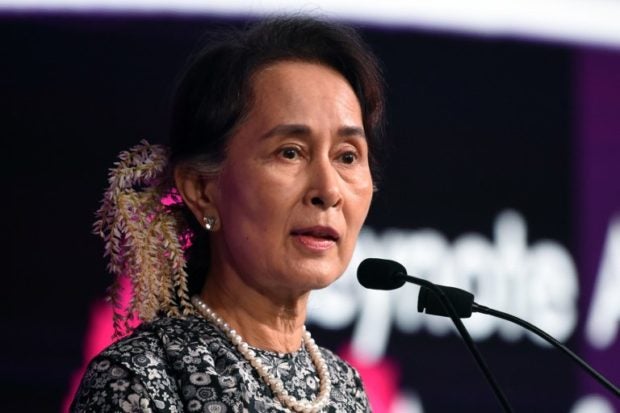 He added that the circumstances of the country’s newly elected MPs — who were expected to sit Monday for the opening of parliament — were unclear.

Communications appeared to be disrupted, with phone numbers in Naypyidaw seemingly unreachable.

Myanmar’s polls in November were only the second democratic elections the country has seen since it emerged from the 49-year grip of military rule in 2011.

The NLD swept the polls and was expecting to renew the 75-year-old leader’s lease on power with a new five-year term.

But the military has for weeks alleged the polls were riddled with irregularities, and claimed to have uncovered over 10 million instances of voter fraud.

It has demanded the government-run election commission release voter lists for cross-checking — which the commission has not done.

Min Aung Hlaing’s statements — released amid already increasing tensions over rumours of an imminent coup — raised alarm within Myanmar, as well as from more than a dozen foreign missions and the United Nations.

The last time Myanmar saw its constitution repealed was in 1962 and 1988 — when the military seized power and reinstated a junta government.

Suu Kyi — a former democracy icon whose image internationally has been in tatters over her handling of the Muslim Rohingya crisis — remains a deeply popular figure.

She spent 20 years off and on under house arrest for her role as an opposition leader, before she was released by the military in 2010.