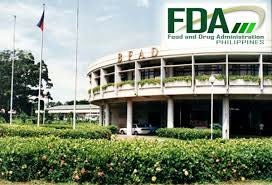 MANILA, Philippines – Pressure continues to mount on the Food and Drug Administration (FDA) as more international public health experts have warned Bloomberg-funded groups against trying to influence the decision of Filipino regulators on tobacco control policy thru foreign grants.

Prof. David Sweanor, advisory committee chair of the University of Ottawa Centre for Health Law and Policy in Canada, said the donation made by Bloomberg groups to the Philippines FDA could influence the regulatory agency’s future decisions and take away its independent judgment when it comes to tobacco control.

“It is essential that regulatory bodies have the trust of the public. Accepting foreign funding from sources with a vested interest in compromising the FDA’s independence can rapidly destroy that trust. In this case, the money ultimately comes from a US entity with an abstinence-only agenda on low-risk alternatives to cigarettes,” Sweanor said.

Sweanor made the comment after two Filipino congressmen called for a congressional probe on the Philippines FDA’s acceptance of foreign funding from Bloomberg, which promotes an anti-vaping agenda, in possible breach of the 1987 Constitution and several laws.

Bates, a long-standing UK-based tobacco policy expert, said Michael Bloomberg, the American financial services billionaire who is using his wealth to promote his beliefs about the prohibition of vaping products and a punitive “quit or die” approach to tobacco policy, has very little experience on public health and has no real grasp of the lives of the people involved.

“Governments and their agencies should not take money from Bloomberg’s foundation or the worldwide complex of organizations that it funds. The duty of the Philippines FDA is to look after the welfare of Filipinos, not to take instructions from foreign advocacy operations,”said Bates.

Sweanor said Bloomberg’s donation should, in fact, be viewed as interference by a foreign party in local regulation.

“Countries around the world need to protect their regulatory agencies from such interference. One can imagine the response of the United States if Philippines money was offered to its FDA to protect unsanitary food from safer options. The Philippines should respond in the same way to a US effort to deny its people access to safer nicotine products,” Sweanor
said.

Dr. Sussman noted Bloomberg’s influence through funding is endemic in low and middle- income countries, “mostly because health ministries become dependent on these funds due to lack of government funding.”

“These funds are typically grants and donations.  They are not accountable, nor scrutinized and their records tend to lie deep below the radar.  I hope the example set in the Philippines could spread to other Asian countries and to Latin America and Africa,” Sussman said, referring to the congressional investigation on the donation.

Minton, who is also a senior fellow at the CEI, said several US philanthropists have dedicated enormous resources and energy interfering with the politics and policies of other nations.

“More disturbing is the fact that they seem only to care about imposing their moral agenda, regardless of the needs and interests of local populations,” Minton said.

She noted that most of the world’s smokers reside in low- and middle-income nations where access to traditional smoking cessation therapy is limited.

But American lobby groups continue to pressure authorities in those nations to ban the lower risk nicotine, denying people the choice to switch to products that could spare them from the death and disease caused by smoking.

“That’s not charity. It is colonialism and a monstrous violation of human rights,” she said.

“In some countries government and philanthropic behavior is concerning. The analysis is much easier than identifying effective, feasible, reasonable responses,” he said.

Recently, US Physician Dr. Joel L. Nitzkin, health policy consultant Scott D. Ballin who previously worked on U.S. FDA regulation of tobacco, and Prof. David Nutt of Imperial College of London who chairs Drug Science, urged authorities to dig deeper  to determine if there were laws violated in the Philippines and the United States.

In December last year, Ilocos Sur’s First District Rep. Deogracias Victor Savellano and Nueva Ecija First District Rep. Estrellita Suansing, filed the resolution directing the House Committee on Good Government and Public Accountability to conduct an inquiry, in aid of legislation, on the alleged “‘questionable” receipt of private funding by the FDA and other government agencies and institutions in exchange for the issuance of specific and predefined policies against a legitimate industry under Philippine laws and in complete disregard of the rights and welfare of consumers.

The inquiry was led by the admission by FDA officials, during a public hearing on October 8, 2020 for the drafting of the general guidelines on the regulation of electronic nicotine delivery systems (e-cigarettes) and heated tobacco products, that they received funding from The Union and Bloomberg Initiative which are international private groups that advocate against all forms of tobacco products, including ENDS and HTPs.

Read Next
Travel restrictions vs countries with new coronavirus variant to lapse on Jan. 31 ‘unless extended’
EDITORS' PICK
‘Not yet the end’: Lawyer says Marcos Jr’s DQ cases to take lengthy process
Over 3 Million worth of prizes to be won at Smart Padala’s SENDali Manalo Promo!
Critical scenario: 3 Comelec vacancies just 3 months before elections
Acer starts the year off strong with the Aspire Vero National Geographic Edition
The best of bayside and city living at SMDC’s Sail Residences
PH logs 37,070 more COVID-19 cases; over 33K others recover
MOST READ
Duterte asks: ‘Is COVID-19 airborne?’ Duque blames spread on ‘token compliance’ with rules
Morissette Amon recovering after confinement for diverticulitis, tests positive for COVID-19
‘Not yet the end’: Lawyer says Marcos Jr’s DQ cases to traverse lengthy process
Marcos camp ‘extends hand of unity’ after COC cancellation bid is thrown out
Don't miss out on the latest news and information.