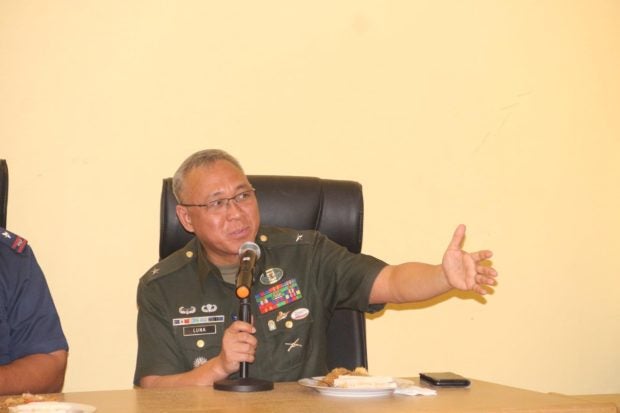 MANILA, Philippines—The firing of the highest ranking intelligence officer of the Armed Forces of the Philippines (AFP) would not stop the AFP investigation of the release of an inaccurate list of University of the Philippines (UP) graduates who supposedly became New People’s Army (NPA) guerrillas.

Defense Secretary Delfin Lorenzana had ordered the firing of Maj. Gen. Alex Luna, deputy chief of staff for intelligence (J2) of the AFP, effective on Thursday (Jan. 28) because of “unforgivable lapses.”

Maj. Gen. Edgard Arevalo, AFP spokesperson, said in a statement that Lorenzana issued the relief order amid the ongoing investigation of the list, posted on social media, which was meant to support the Department of National Defense’s (DND) decision to terminate an agreement with UP preventing the entry of police in military in UP campuses without coordination with university officials.

The firing of Luna, however, “does not mean that we are halting the investigation,” said Arevalo. “The probe continues so we can establish what went wrong and what may still be improved to ensure that the incident will not happen again,” he said.

Arevalo said the inquiry was expected to result in findings and recommendations seeking “to determine who are responsible for the release of the information and how we can improve our systems on vetting and releasing of information.”

The list, which was posted on the social media pages of the AFP deputy chief of staff for civil military operations (J7), originated from J2.

Lorenzana said Luna’s carelessness displayed “a lackadaisical attitude towards his job resulting to (sic) confusion and damage to reputation.”

Luna was fired under the principle of command responsibility, Lorenzana said. “A commander is responsible for whatever his unit does or fails to do. They all know this,” he said.

The erroneous list further heightened tension over the DND decision to terminate the agreement with UP, which was signed in 1989 and designed to prevent police or military from targeting student or teacher activists for their political beliefs.