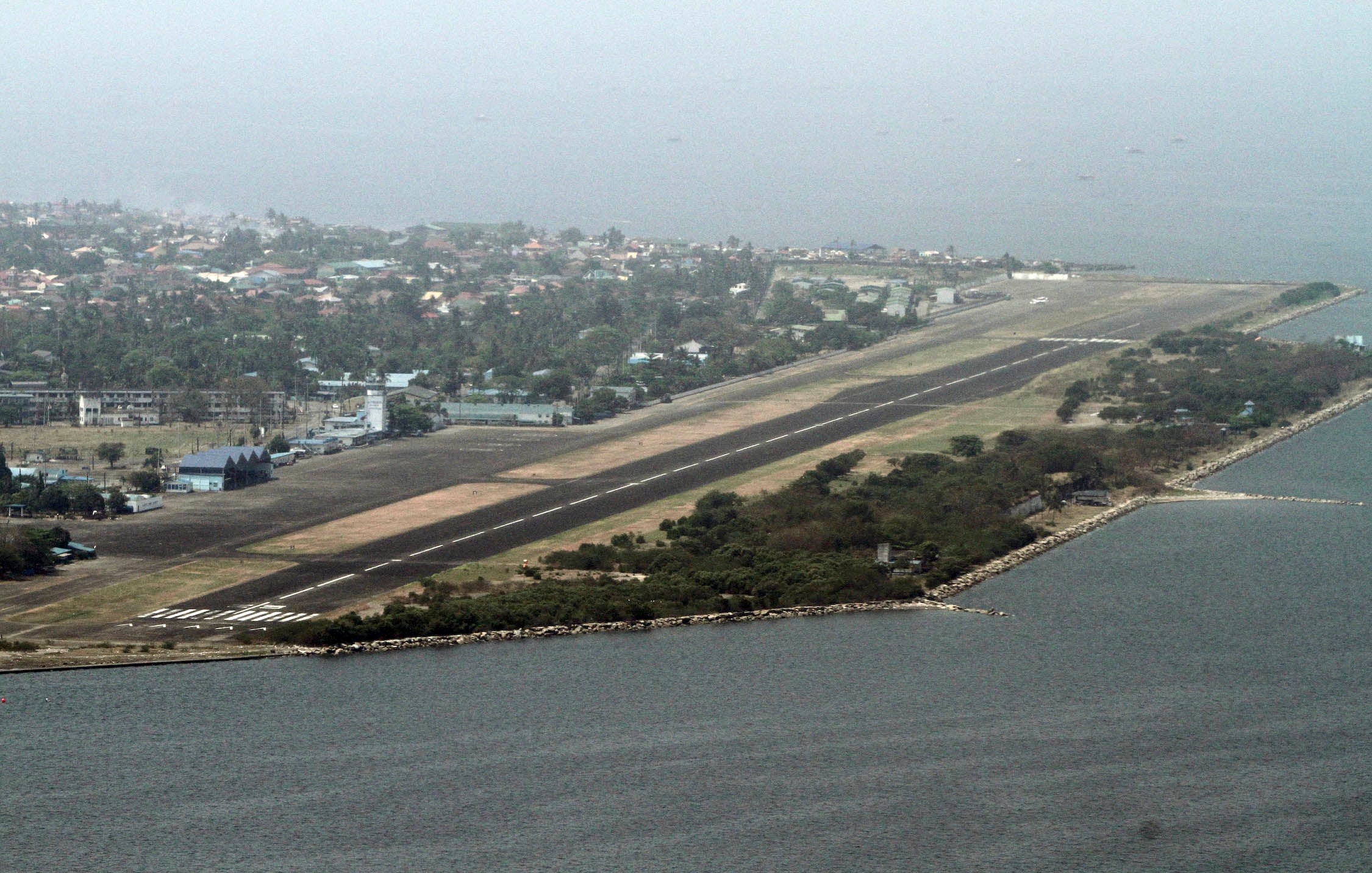 NOT THE END The scrapping of the award to build a new international gateway to a Chinese-Filipino joint venture is not the end of the Sangley Point International Airport project in Cavite province. The provincial government plans to rebid the project by October. The massive airport and land reclamation project is envisioned to serve up to 130 million passengers a year, four times the capacity of Ninoy Aquino International Airport. —NIÑO JESUS ORBETA

MANILA, Philippines — Negotiations for a new P500-billion China-funded international gateway on Manila Bay were scrapped on Wednesday, easing national security concerns over its strategic location close to the Philippine capital but stalling a major project to decongest the Ninoy Aquino International Airport (Naia).

“The notice of selection and award for the Sangley Point International Airport Project issued on 12 February 2020 was cancelled,” MacroAsia reported to the stock exchange on Wednesday.

CCCC-MacroAsia was the only group that made a bid to develop the first phase of the Sangley Point International Airport (SPIA)—a massive airport and land reclamation project envisioned to serve up to 130 million passengers per year, or four times Naia’s capacity.

In an interview on Wednesday, Remulla told the Inquirer that the cancellation followed the failure of the Chinese-Filipino consortium to submit postaward requirements and to correct defects in the joint venture documents despite multiple extensions due to the effects of the Covid-19 pandemic.

Remulla told Reuters news agency that the consortium’s documentation was “deficient in three or four items.”

“We saw it as a sign they were not fully committed to the project,” Remulla said.

The governor told the Inquirer that the Cavite government would rebid the SPIA and hopefully award the project before the October 2021 deadline for the filing of certificates of candidacy.

“I still believe that a new international airport is important for the country,” said Remulla, who said he would run for reelection in 2022.

The SPIA was conceived and implemented by the provincial government and one of the few local projects with national impact.

It faced obstacles after the U.S. government on Aug. 26, 2020, placed CCCC’s subsidiaries and other Chinese companies on a blacklist for their role in building and militarizing artificial islands in the West Philippine Sea.

Remulla said the blacklisting had nothing to do with the cancellation.

He had publicly defended CCCC and appeared to adopt the Duterte administration’s broader policy of pursuing friendlier ties with Beijing.

But an Inquirer source, who is an expert on national and international security issues, said Remulla was also briefed extensively on the security threat posed by Chinese entities in the SPIA, which is home to the Major Danilo Atienza Air Base.

“Sangley Point is located in Manila Bay and only eight miles southwest of the capital,” the source, who requested anonymity, told the Inquirer. “The strategic location allows it to act as defender against any security threats at sea against the central government.”

The security expert warned that getting a foothold on this location would allow China to strengthen and assert its power in the West Philippine Sea and that the project fell “within a pattern among Chinese investors who are interested in land features around Philippine waters.”

The Chinese are also interested in developing Grande and Chiquita islands on Subic Bay, site of a former U.S. naval base.

Remulla told the Inquirer he would meet with the Cavite selection committee next month to discuss plans to rebid the SPIA.

He declined to say whether they would revise the bid terms. The Inquirer had reviewed the terms and found that a Chinese partner was favored from the start. The documents identified the project as among those under a cooperation agreement on China’s Belt and Road Initiative signed in Manila on Nov. 20, 2018. China aims to link Asia, Africa, and Europe through this ambitious $1-trillion global infrastructure development project.

But critics view this as an attempt by China to apply debt-trap diplomacy in which it wins strategic concessions from borrowers that default on their loans.

The project documents also indicate ongoing talks with Chinese policy banks and state-owned enterprises to finance up to 98 percent of the SPIA. The July 2019 documents identified several of these companies as CCCC, China Airport Construction Group, and China National Import and Export Technology.

The short time frame and the preference for Chinese lenders discouraged other proponents from joining the bid.

In view of those concerns, Remulla vowed that the project would not turn into a debt trap similar to huge China-backed projects in other countries.

The SPIA is among the big-ticket infrastructure projects for Chinese financing in the Philippines. The others include the Mindanao Railway project, the Philippine National Railways South Long-Haul, and the Subic-Clark Railway.

It is the second major airport project to suffer delays after the Duterte administration turned down the P109-billion proposal by Megawide Construction Corp. and India’s GMR Infrastructure to rehabilitate and expand the congested Naia, the country’s main gateway.

SMC plans to start construction of the New Manila International Airport within the first quarter of this year.

While favoring the closure of Naia after the Bulacan airport project is completed, SMC president Ramon S. Ang said the decision would be up to a future administration.