DOF chief: Open PH economy to foreigners, but not land 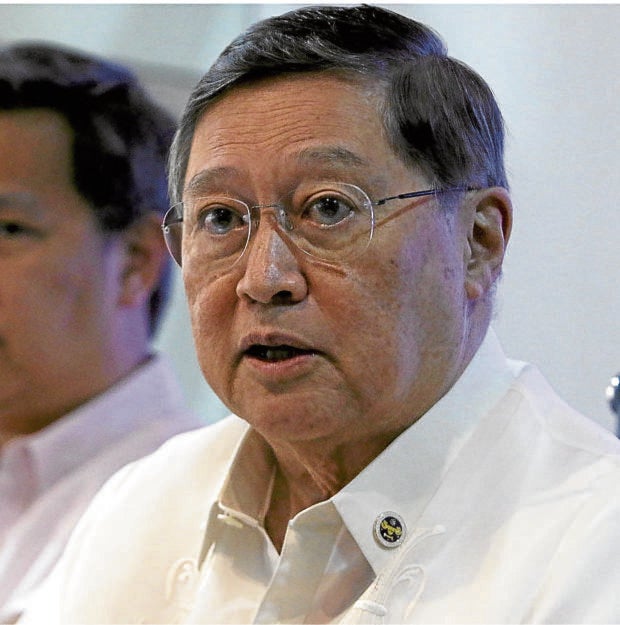 MANILA, Philippines — Finance Secretary Carlos Dominguez III on Tuesday said the Philippines should open its economy “as wide as we can” but insisted that the ban on foreign ownership of land in the country should remain.

Speaking during the Charter change hearing at the House of Representatives, Dominguez said easing the restrictive economic provisions of the Constitution would be “a significant factor in revving up the Philippine economy and sustaining its recovery.”

“We should open it up as wide as we can with the exception of land ownership,” he told lawmakers.

“The ban on foreign ownership of land, however, should remain since this evokes strong emotional reactions,” he added.

Dominguez instead proposed allowing foreigners to lease land for a longer period, possibly up to 99 years instead of the current 50 years at most.

Under Resolution of Both Houses (RBH) No. 2, Speaker Lord Allan Velasco sought to amend Articles 12, 14 and 16 of the Constitution, which prohibit foreign ownership of land and businesses in the country.

He also sought the easing of restrictions on ownership and management of mass media, public utilities, educational institutions, investments and capital to foreign investors.

“It is never a good idea to tie down our economy to a fixed set of policies. In a world that is constantly innovating, it is always better to have an adaptable economic policy regime,” Dominguez said.

The finance chief asked lawmakers to “act on something that is doable” and “immediately achievable.”

In particular, Dominguez urged greater foreign participation in public utilities, exploitation of natural resources, professions, higher education, as well as mass media and advertising, which he said would be “a strong signal to the international investment community that the Philippines is open for business.”

For instance, he cited that “restriction on foreign investments in public utilities forced us to depend on undercapitalized Filipino businesses.”

“The restrictive provision banning foreign investment in exploiting our natural resources is the outcome of an erroneous understanding. Our natural resources belong to the State. This should not necessarily mean only Filipinos may exploit them,” he said.

He also noted the ban on foreign professionals practicing in the country.

“This has barred us from receiving the best professional services and availing [ourselves] of cutting- edge technologies. It will benefit our people if we allow foreign professionals to practice their professions here,” he said.

He described the limitation of ownership of educational institutions to Filipinos as “surely obsolete,” which led to the closure of many private institutions “due to lack of capital to sustain operations.”

“Over the past year we saw the closure of many private schools, given the difficulties imposed by the pandemic, which will create a shortage in educational services that can only be magnified by restrictive investment provisions,” he said.

He also called the prohibition of foreign ownership in the mass media and advertising in the country as “most anachronistic.”

“All the prohibition accomplishes is to prevent our own media and advertising companies from building, international networks that will enhance their viability,” he said.

During the same hearing, Trade Secretary Ramon Lopez said eliminating economic restrictions in the Constitution would “certainly unleash the high growth potential of the Philippines, as it will facilitate the entry of more investments.” —With a report from Ben O. de Vera INQ