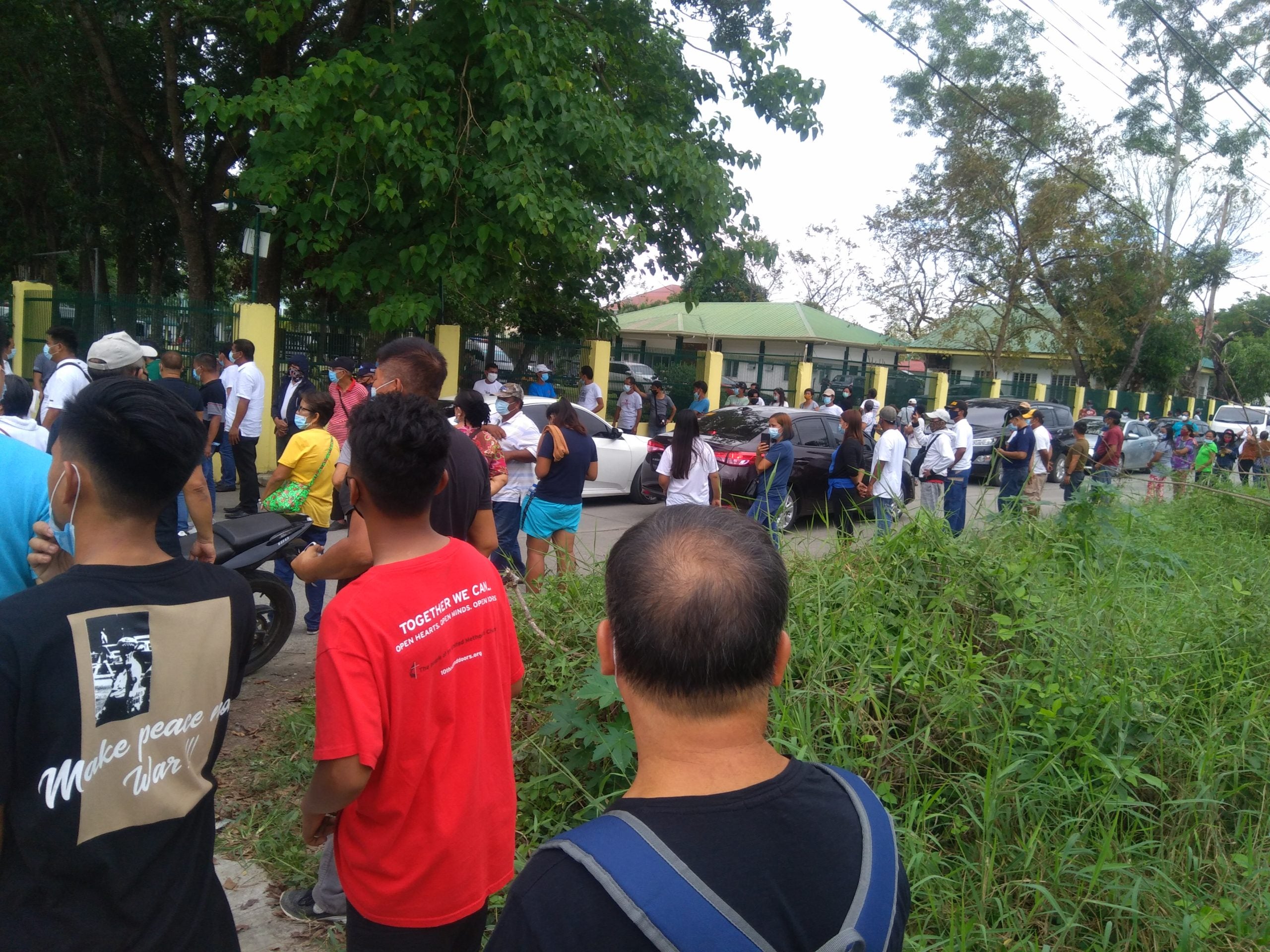 Supporters of Jaen Mayor Sylvia Austria troop to the town hall on Monday (Jan. 25) after the town council passed several resolutions supporting her reinstatement to the post. Police were also deployed to the area to keep the peace. ARMAND GALANG

JAEN, Nueva Ecija—The town council on Monday (Jan. 25) passed several resolutions supporting the legitimacy of Sylvia Austria’s claim to the position of mayor after the Commission on Elections (Comelec) recently issued a status quo order that allowed Austria to return to the post.

The council said the order of the Comelec Second Division, which also directed sitting Mayor Antonio Prospero Esquivel to step down, should be enforced immediately.

Esquivel assumed the post on Dec. 22, 2020 following a decision of Judge Angelo Perez, of the Regional Trial Court Branch 87, that ruled in favor of Esquivel’s election protest. Austria voluntarily stepped down but filed an appeal at the Comelec.

The municipal board of canvassers in the May 2019 elections had proclaimed Austria as winner of the mayoral race.

The council also approved resolutions asking municipal employees and residents to recognize Austria as mayor and urging the Land Bank of the Philippines (LBP), the town’s official bank, to honor only Austria’s signature in all financial transactions of the local government.

In another resolution, the council also authorized Austria to transfer the municipal government’s account from LBP to the Development Bank of the Philippines.

Citing the council resolutions, Austria’s supporters trooped to the town hall but failed to enter because the gates were closed.

Local policemen were deployed to the town hall to keep the peace.