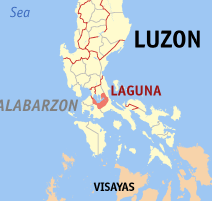 The suspects were nabbed while collecting bets in the towns of Pakil, Pangil, Siniloan, Paete, Calauan, Nagcarlan, Famy, Sta. Maria and the cities of San Pedro, Calamba, and San Pablo.

The suspects failed to produce legitimate identification cards issued by Ramloid Gaming Corporation, the licensed STL operator in the province.

Seized from the suspects were STL “lastillas” or bet collection forms, paraphernalia, and customers’ cash bets.