FDA studying if Pfizer COVID shots not for old, ailing

MANILA, Philippines — The Food and Drug Administration (FDA) is studying whether to exclude sickly senior citizens from receiving a COVID-19 vaccine from pharmaceutical company Pfizer, following reports that several elderly persons who received the shot in Norway have died.

FDA Director General Eric Domingo said his office, the Department of Health (DOH) or even Pfizer itself can issue guidelines which could potentially exclude the said group from getting the vaccine.

“It is still under consideration, awaiting final reports from Norway and Pfizer,” Domingo said in a series of text messages.

Asked when the reports are due to be received by the FDA, Domingo said he was not given a timeline.

“Depending on the findings, we might revise the guidelines on the use of the vaccine when it is rolled out,” he said.

The FDA earlier granted an emergency use authorization (EUA) to Pfizer for its COVID-19 vaccine developed with German biotechnology company BioNTech.

Pfizer has a similar EUA in Norway, but the country has since revised its policy to recommend the exclusion of the frail and ill, following the reported deaths of more than 30 among the elderly patients inoculated with the Pfizer vaccine. 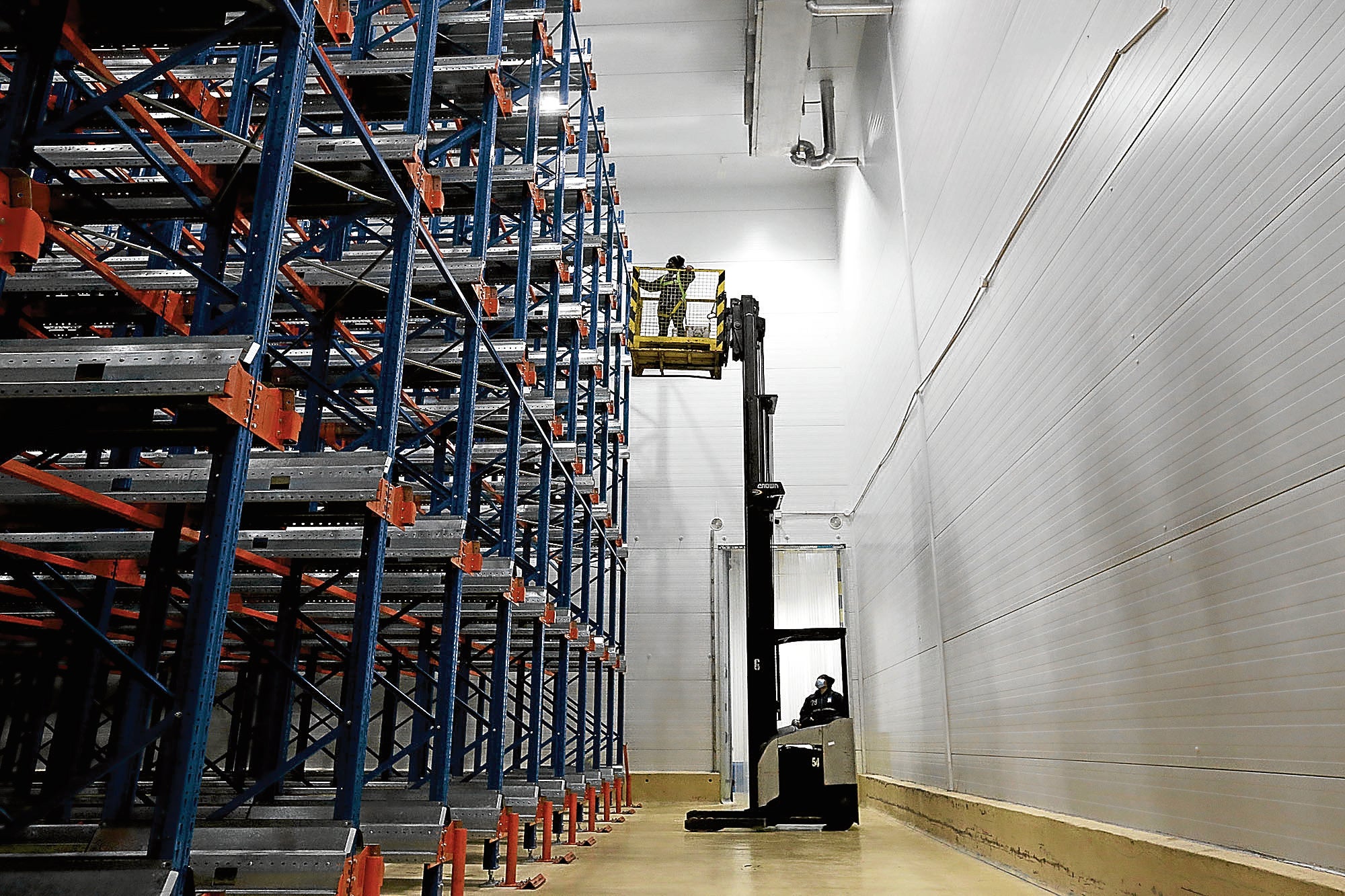 HIGH EXPECTATIONS The local government of Taytay, Rizal province, on Friday prepares its cold storage facility for the AstraZeneca and Moderna COVID-19 vaccines it has ordered for its residents. —RICHARD A. REYES

On Friday Domingo also appeared before the Senate, which is inquiring into the government’s COVID-19 response. He said “What happened in Norway was that their government inoculated regardless of age, including those very, very elderly in nursing homes, some of whom are already terminally ill [sic]. Even before the pandemic, in these places, there are around 400 deaths weekly.”

Domingo said it was likely that the common side effects such as fever, cough and even dizziness were too much to weather for the frail senior citizens who died.

“These are mild symptoms that are easy on the body of a healthy person, but if you are old and have other underlying illnesses, it could prove fatal,” he said.

Under the present EUA, the FDA said, the Pfizer vaccine “shall be administered only by vaccination providers, and used only to prevent COVID-19 in individuals age 16 and older.”

In a related development, health-care company Faberco Life Sciences Inc. announced on Friday that it has signed an agreement with Unilab Inc. to make the Covovax vaccine available to the private sector, once an EUA is approved for the vaccine.

Covovax is developed by American biotechnology company Novavax and manufactured by Serum Institute of India (SII).

Apart from the Faberco-Unilab initiative in behalf of the private sector, the Philippine government earlier signed an agreement with SII to acquire 30 million doses of Covovax.

Also on Friday, the Quezon City government said the first Philippine case of the new coronavirus disease (COVID-19) with the UK variant has tested negative in his latest swab test.

Doctors at the quarantine where the patient has been admitted will conduct an assessment before he is declared recovered from the respiratory disease, according to City Epidemiology and Disease Surveillance Unit head Dr. Rolly Cruz.

“After that, he would be allowed to reunite with his family and reintegrate with the community,” Cruz said in a statement, adding that the index case will remain under monitoring for at least two more weeks.

Considered to be more contagious, the new coronavirus variant was detected from the patient’s swab samples upon returning to the country last week. He tested negative for the virus twice—before leaving the Philippines on Dec. 27, and after arriving in Dubai.

But he tested positive upon his return to the country on Jan. 7. The UK variant was detected after the Philippine Genome Center screened his swab sample.

The patient’s travel companion and 14 other passengers on the flight back to Manila also tested positive for COVID-19.

Health authorities earlier warned of a likely increase in cases following the holiday season, which saw a rise in gatherings, despite warnings. It has also been two weeks since thousands gathered for the Feast of the Black Nazarene, despite the cancellation of the traditional procession.

Of the 509,887 current cases, 32,031 are considered active cases. Of that number, majority, or 83.6 percent, have mild symptoms, 9.5 percent are asymptomatic, 4.1 percent are in critical condition, 2.3 percent have severe symptoms and 0.42 percent have moderate symptoms.

The DOH also reclassified as deaths five cases initially tagged as recoveries. —WITH A REPORT FROM NIKKA G. VALENZUELA