Gatchalian: ‘Panic buying’ of vaccines may lead to oversupply, wastage 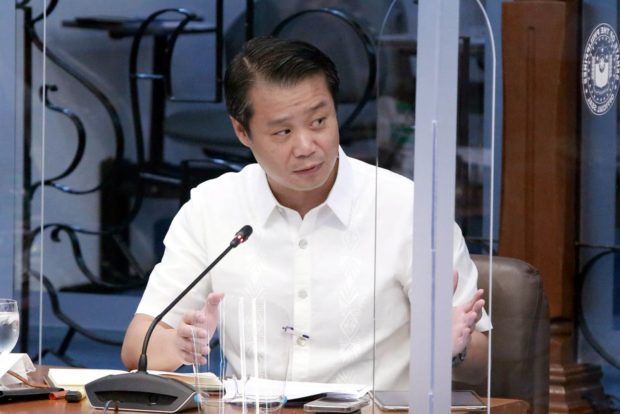 MANILA, Philippines — Senator Sherwin Gatchalian on Friday raised fears over the possible excess in Covid-19 vaccine supplies with both the local government units (LGUs) and the private sector scrambling to order jabs for their constituents and employees.

(My fear is we would have too much in the end. Can we return these excess vaccines should there be an oversupply of them?)

“Parang kasi ho nagkakaroon ng panic buying and everyone wants to book their or secure their vaccines but at the end baka nagkakadoble-doble,” he added.

(It seems that there’s panic buying for vaccines and everyone wants to book their or secure their vaccine but in the end the supply could be too much.)

Citing as an example, Gatchalian said Valenzuela City, where he used to serve as mayor, has procured 400,000 doses of Covid-19 vaccines for its residents.

The private sector in the city are also purchasing its own supply of vaccines for employees and their family members, he noted.

Vaccine czar Sec. Carlito Galvez Jr. told the Senate that they already advised local government officials to coordinate their vaccine orders with the private sector, considering that it is the LGU that will implement the inoculation program in their areas, together with the Department of Health (DOH).

“Ang recommendation po namin sa kanila [Our recommendation to them is] they should have some sort of public-private partnership at the local level,” Galvez said.

“They will have integrated orders through the provincial governor para po isahan lang po yung kakausapin at the same time hindi po maguguluhan yung mga [so that there’s only one person to talk to and at the same time it won’t confuse the] manufacturers,” he added.

“They (local officials) agreed. Parang ang mangyayari po [What will happen is], instead of tripartite, quadripartite agreement with the private sector, the LGU, the vaccine maker and the national government,” he further explained.

Department of the Interior and Local Government (DILG) Undersecretary Epimaco Densing III also said that some of the vaccines allotted to highly-urbanized cities that could afford their own supply will be given to smaller LGUs who are not capable of procuring vaccines.

“Dun nasa sa mga may pera at makaka-procure [For those who have the funds to procure], we agreed that some of those vaccines allotted for the highly-urbanized cities, who are able to procure will be reallocated to the smaller LGUs,” he said.

Densing reiterated that LGUs have been advised to order vaccines that would cover only 50 percent of its population to let the national government supply the rest.

The DILG official also said that the agency has advised LGUs to prepare a master list showing their vaccine recipients based on the government’s set priority.

This, to ensure that the private sector would no longer procure vaccines for people already included in the LGUs’ master list.

“With that listing, we can now reconcile wth LGU and private sector para ‘di magdoble-doble [so the supply won’t be redundant],” Densing said.

[What we are avoiding is—and it’s occuring in other countries—that we procure too many vaccines and it would just go to waste.]

“In fact I read an article that in France, almost 30 percent of their estimated procured vaccines turned into waste kasi po hindi nagamit, at gusto po natin iwasan yun [because it was not used and we want to avoid that kind of scenario],” he added.

Read Next
Military units, men in uniform join forces on social media to back termination of deal with UP
EDITORS' PICK
3 things you need to know about your laundry detergent
Marikina mayor says nat’l gov’t rejects his request to get anti-Covid shot
How serious is fatty liver?
WATCH: COVID-19 vaccination sa Pilipinas, sinimulan na
DOH: 13 who got Sinovac vaccines had ‘minor, common’ adverse effects
Sinopharm’s EUA application now under FDA review
MOST READ
Letter of apology
Marikina mayor says nat’l gov’t turns down his request to get anti-Covid shot
A Leni presidency: Fulfilling the Edsa dream
KZ, Sarah? Disney teases singer of its first song in Filipino
Don't miss out on the latest news and information.