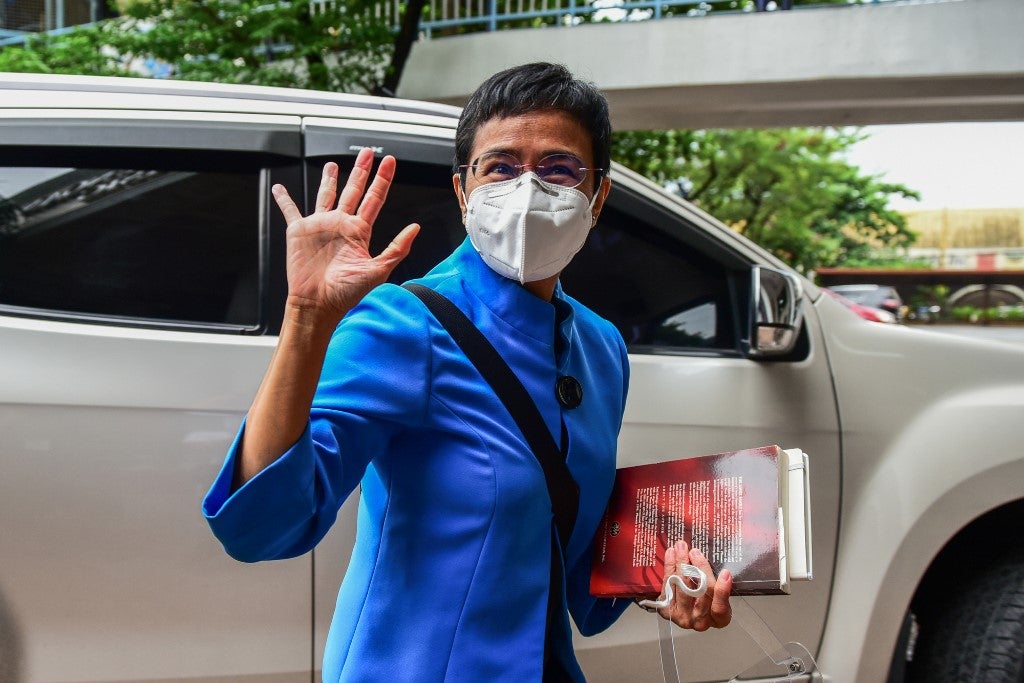 (FILE) Philippine journalist Maria Ressa waves to members of the media after attending a court hearing in Manila on July 22, 2020, on charges of tax evasion. – Ressa pleaded not guilty on July 22 to tax evasion, as President Rodrigo Duterte’s government faced growing calls to drop all charges against the veteran reporter. (Photo by Maria TAN / AFP)

Fider-Reyes inhibited after her court received a threatening e-mail.

READ: Judge in Ressa case recuses self after threatening email

After her inhibition, records of the case were sent to the executive judge for a re-raffle and landed on the sala of Makati RTC Branch 148 Judge Andres Soriano.

The government has been pushing to revive the coup d’ etat case against Trillanes after President Rodrigo Duterte revoked the amnesty given by his predecessor. Trillanes supposedly did not comply with the basic requirements to be entitled to an amnesty.

But Soriano contradicted the claim of the President himself saying Trillanes filed a proper application for amnesty and had admitted guilt for the offense.

Judges who gave hope in the fight against impunity