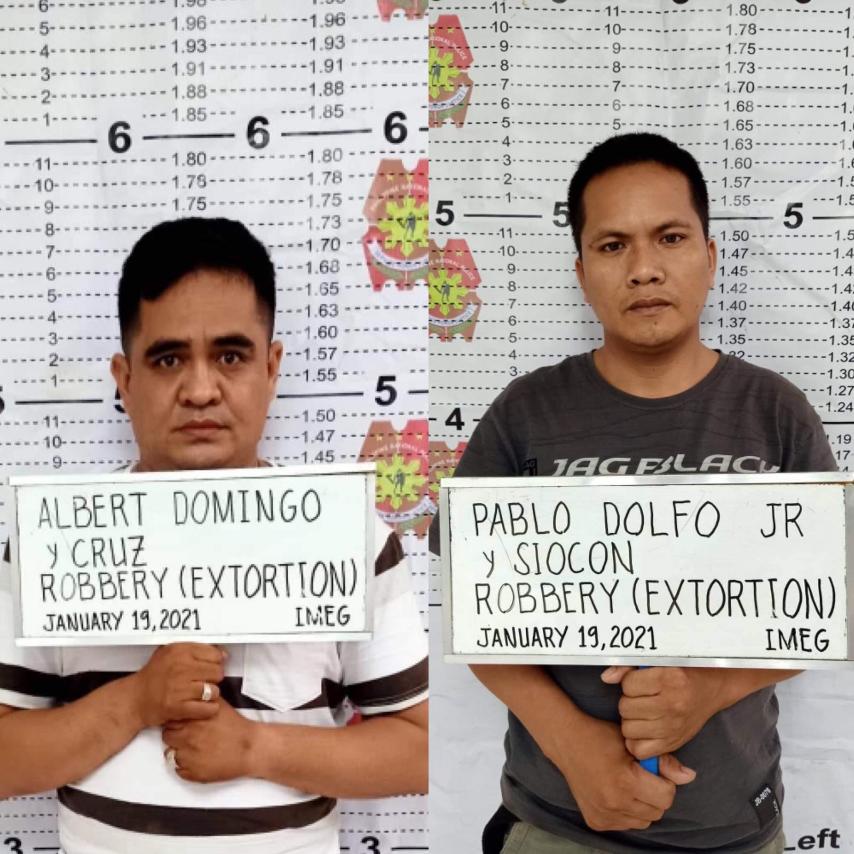 MANILA, Philippines — The Philippine National Police (PNP) on Thursday ordered an investigation on the Binangonan Municipal Police Station after its “civilian assets” were arrested for reported extortion activities.

“I will not let this incident pass without implementing appropriate criminal and administrative action against those involved,” Sinas said.

Seized from Domingo were cash, a cellphone, a gray Toyota Vios, and a motorcycle.

They are now under monitoring and custody of PNP-IMEG for further investigation, said police.

Police said the operation stemmed from a complaint of a certain Kellu, who accused the police assets and lawmen of extorting cash from him in exchange for the release of an impounded motor vehicle.