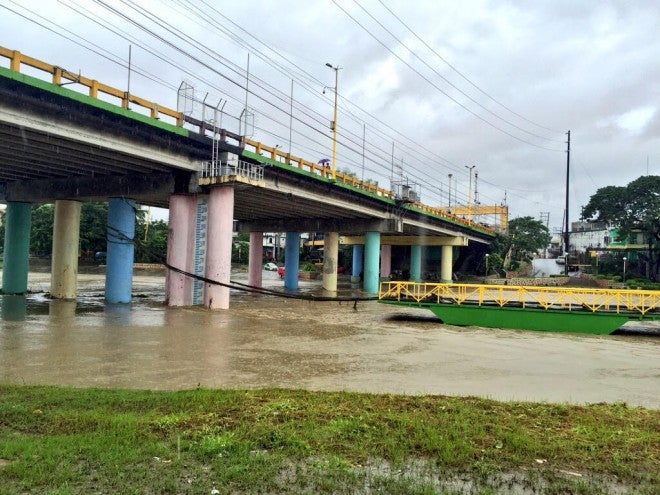 MANILA, Philippines — The Marikina River alert level has been downgraded to first alarm as of 7:20 a.m. on Thursday, according to the Marikina Public Information Office (PIO).

Information from the Facebook page of Marikina PIO showed that the river’s water level is at 15.9 meters.

First alarm was initially raised for the Marikina River at 1:16 a.m. after the water level reached 15 meters.

It reached second alarm after the water level reached 16 meters at 4:28 a.m.

The normal water level at the Marikina River is below 15 meters.

First alarm is raised in Marikina River if the water is 15 meters above sea level, and prompts residents in low-lying areas and near riverbanks to prepare for possible evacuation.

Second alarm is raised if the water reaches 16 meters above sea level and prompts affected residents to move to evacuation centers.

The third alarm, meanwhile, is raised when the water has reached 18 meters above sea level, and calls for forced evacuation among affected residents.

The Philippine Atmospheric, Geophysical and Astronomical Services Administration said that Metro Manila, Cagayan Valley, Cordillera Administrative Region, Central Luzon, Quezon, and Rizal will have cloudy skies with scattered rain showers and thunderstorms on Thursday due to the tail-end of a frontal system.