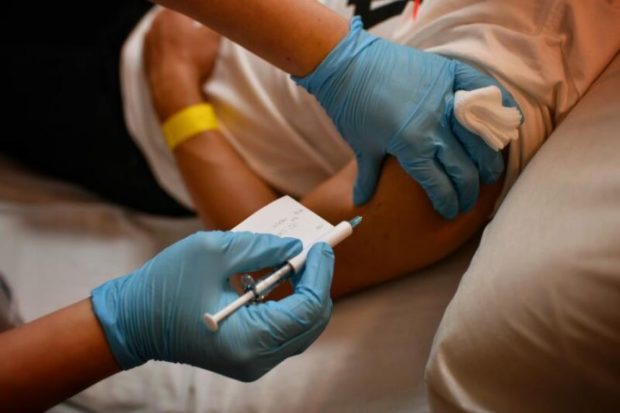 MANILA, Philippines — A bill that would authorize the health secretary to issue “vaccine passports” to Filipino citizens has been filed in the Senate.

Under Senate Bill No. 1994 filed by Sen. Grace Poe, the vaccine passport will serve as proof that the holder has completed a full course of immunization against Covid-19.

Poe, however, pointed out that the bill has been “future-proofed” because it authorizes the health secretary to also issue vaccine passports for other emerging or re-emerging infectious diseases should they arise in the future.

“The idea of vaccine passports, alongside the rapid rollout of Covid-19 vaccination, has recently gained traction in international circles. Countries such as Denmark, Greece, and Israel have all started to take steps in this direction,” Poe said in the bill’s explanatory note.

The Department of Health (DOH), she said, is supporting the initiative.

“The present measure is being filed should legislation be needed to enable the issuance of a vaccine passport to Filipino citizens,” she added.

The measure will authorize the Inter-Agency Task Force (IATF) for the Management of Emerging Infectious Diseases “to issue rules and regulations on what activities will require the possession of a vaccine passport.”

These activities may include international and domestic travel, access to business establishments and other public places and gatherings.

“The IATF shall also establish rules and regulations on the recognition of 6 vaccine passports which are issued by other countries,” according to the measure.

The vaccine passport, however, shall not be considered as a valid proof of identity, the bill said.

What’s in the vaccine passport?

Under the measure, the content of the vaccine passport will contain basic personal information, the type and purpose of vaccine, dates administered, the person or institution that administered the vaccine and other information which may be determined as necessary by the health secretary or the IATF.

“The information contained in the vaccine passport shall be protected at all times under applicable data privacy laws,” according to the bill.

The proposed law also states that the secretary of health will be the one to issue the rules and regulations on the period of the passport’s validity.”

If the measure is enacted to law, any person who “distributes falsified, forged, and/or counterfeit vaccine passports” as well as “uses, attempts to use, a vaccine passport issued for another holder” will be fined for up to P90,000 and face imprisonment of up to 10 years.

Meanwhile, defacing, mutilating, altering or destroying a vaccine passport will be punishable with a fine of up to P60,000 and jail time of up to 10 years under the bill.

Read Next
LPA spotted off Palawan; isolated rain showers due nationwide — Pagasa
EDITORS' PICK
Smart reinforces superiority with best speed and mobile video experience in PH
LTO’s P500-M deal for screws draws scrutiny
Nestlé Philippines’ ‘NESCAFÉ Plan’ bags Grand Anvil at PRSP 56th Anvil Awards
Every Filipino home can now be a smart home with realme TechLife
New 3,045 COVID-19 cases push PH total active cases to 40,074
How to lose a PH genius: Wesley So officially a US citizen
MOST READ
Robredo on Sara Duterte leading poll surveys: Why are Filipinos drawn to leadership of this kind?
How to lose a Filipino genius: Wesley So officially a US citizen
US lays out list of aid to ‘satisfy’ Duterte following VFA payment demand
Duterte order to police, military on Reds: ‘Kill them all’
Don't miss out on the latest news and information.