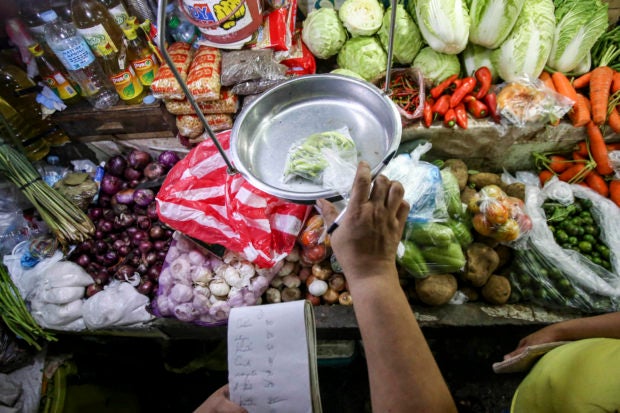 MANILA, Philippines — Senator Francis Pangilinan wants the Senate to look into rising food prices in the country to determine needed interventions to ensure people’s access to adequate and affordable food.

In a privilege speech delivered during Wednesday’s session, Pangilinan expressed concern over continuing increase of prices of commodities in the market.

He filed Senate Resolution No. 618, which directs the appropriate committee to conduct an inquiry into rising food prices.

(In the middle of the pandemic, millions of Filipinos lost their jobs, a serious question: How far can you P500 go?)

(As they say, don’t feel bad when you receive a bag of chili peppers for Valentine’s instead of flowers, because it would mean that you are really loved.)

The senator then pointed to a Social Weather Stations (SWS) survey last September, showing Filipino families who experienced involuntary hunger or hunger due to lack of food reached a new record-high of 30.7 percent, or an estimated 7.6 million households, in the middle of the pandemic.

“That is almost one in every three Filipinos,” he said.

(With the continuing rise of food prices, more are growing hungry.)

Noting a 2019 report of the United Nations Children’s Fund, the senator said a third of children in the Philippines are stunted.

He also said the Philippines ranks fifth among countries in the East Asia and Pacific Region “with the highest stunting prevalence and one of 10 countries with the highest number of stunted children in the world.”

“Food prices are on the rise because food supply dropped due to, among others, the series of pandemic lockdowns,” the senator stressed.

“The successive typhoons in the last quarter of 2020 destroyed crops, and the African swine fever and the closed fishing season during the cold months made supplies of pork and fish and vegetables scarce,” he added.

Shortage of food supply and the resulting hunger may cause greater and long-term devastation than the coronavirus itself, according to Pangilinan.

He then pushed for the full implementation of the Republic Act No. 11321 or the Sagip Saka Law.

(If our farmers are earning, they will be encouraged to grow food. If they are harvesting more, the price of commodities in the market will go down.)

He further emphasized that during the pandemic, the agriculture sector was the only industry to grow.

“If this trajectory continues, agriculture could be a major driver of growth, it would give income to the farmers as well as increase food supply in the market leading to lower prices and food for all. Three birds with one stone,” he said.