Customs official cited for return of trash to Korea 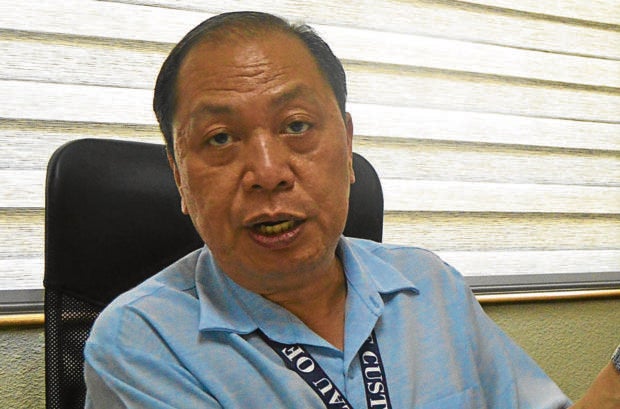 CAGAYAN DE ORO CITY—An environment watchdog on Tuesday cited the head of the Bureau of Customs in Northern Mindanao for his efforts to return to South Korea tons of trash that arrived at Tagoloan port in Misamis Oriental province in 2018.

EcoWaste Coalition presented the Environmental Justice Award to customs district collector John Simon, the lone recipent, in an online ceremony during the national observance of the Zero Waste Month. It was the first citation the group gave to environmental advocates.

In a statement, EcoWaste cited Simon for his “exemplary leadership, unfaltering dedication and focused action to protect public health and the environment from hazardous waste from overseas,” referring to 7,408 metric tons of illegal waste shipments that were returned to South Korea in 2019 and 2020.

“Simon’s decisive and unyielding action to uphold our country’s tariff, customs and environmental laws and the provisions of the Basel Convention of the Control of Transboundary Movements of Hazardous Waste and Their Disposal led to the completion of the reexportation procedures last Sept. 15 amid the COVID-19 challenges,” said Eileen Sison, EcoWaste Coalition president.

Trash from Pyeongtaek City in South Korea arrived at the Mindanao Container Terminal in Tagoloan in two batches in 2018. It was wrongfully declared by the importer as “plastic synthetic flakes,” and the consignee failed to secure an import permit from the Department of Environment and Natural Resources.

Following bilateral negotiations initiated by Simon, the trash, packed in 364 containers, were returned to South Korea in seven batches between Jan. 13, 2019 and Sept. 15, 2020.

Simon said the award would “surely inspire” other customs officials and employees to protect the country against foreign waste dumping.
“This job is too big for one agency to accomplish, so I reach out to all sectors, especially to the environment department and Congress, to take on this challenge and strictly ban waste imports like what other Asian countries have done,” he said. —JIGGER J. JERUSALEM INQ