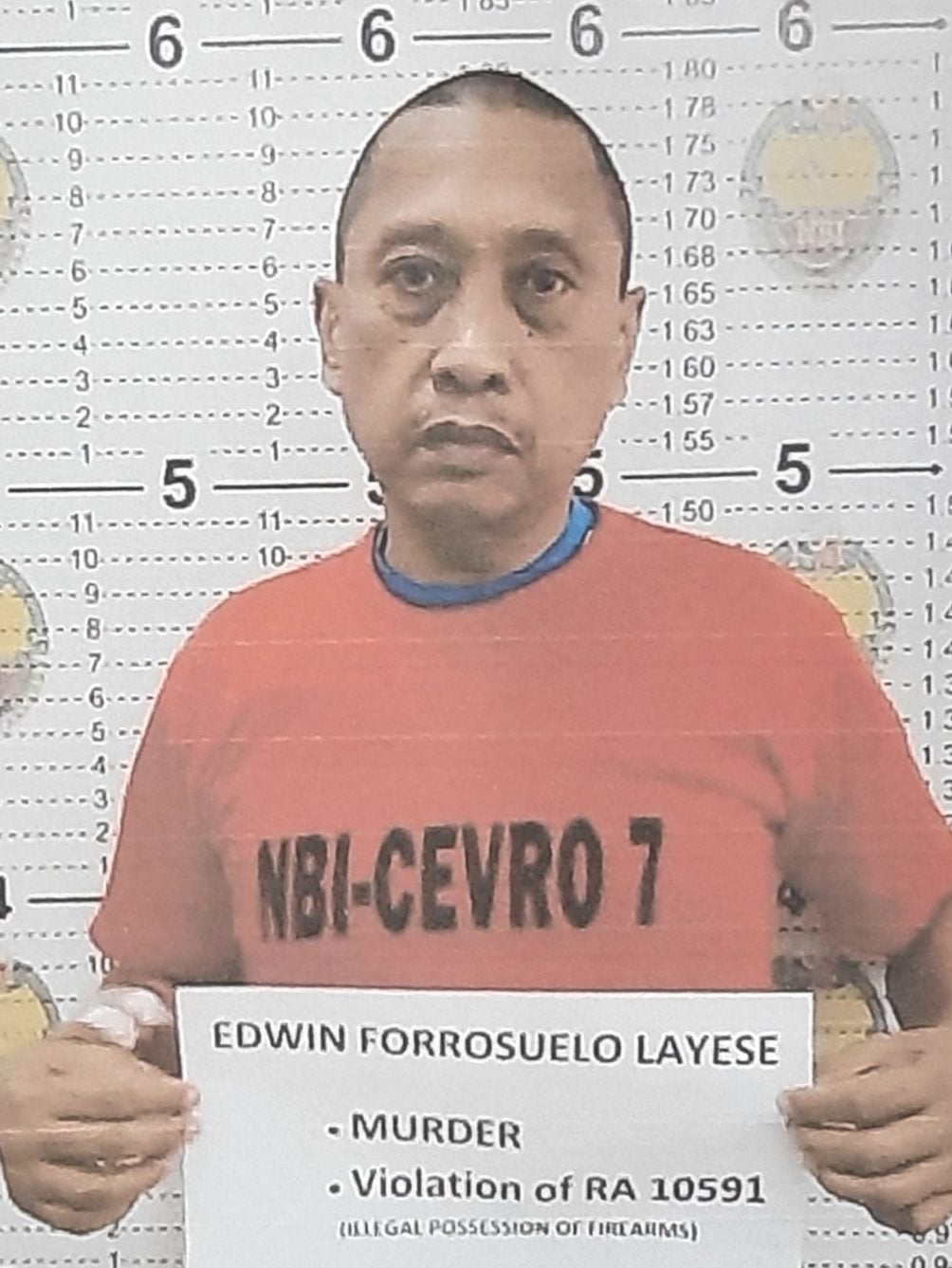 Retired Col. Edwin Layese is under the custody of the National Bureau of Investigation in Central Visayas following his arrest in relation to the slay of Cebu-based lawyer Joey Luis Wee. (NESTLE SEMILLA/INQUIRER VISAYAS)

CEBU CITY –– A former director of the Philippine Drug Enforcement Agency in Western Visayas has been arrested to face trial for allegedly supervising the slay of a lawyer here last Nov. 23.

The same Toyota Hilux with the same plate number was captured by closed-circuit television cameras among the getaway vehicles used by the assailants after killing lawyer Joey Luis Wee.

Layese was also identified by Fausto Edgar Benigno Peralta, the confessed gunman, as the person who oversaw the murder of Wee.

“Even before Peralta’s confession, we already have evidence showing Layese’s involvement in the crime. Peralta’s confession only strengthened the result of our investigation that Layese was involved in the killing of Attorney Wee,” said NBI-7 Director Rennan Augustus Oliva.

Judge Mory Nueva of the Regional Trial Court Branch 13 in Cebu City had issued a search warrant against Layese, allowing the NBI to go after the suspect’s vehicle.

Aside from the murder case, Layese will be facing an additional charge after a .45 caliber pistol with an expired license and registered to a different person was recovered in the pick-up truck, Oliva said.

Peralta and Layese were among the six persons who were charged with murder by the NBI about Wee’s slay.

Based on their investigation, Oliva said Layese also had a hand in the ambush of lawyer James Gupana in Lapu-Lapu City on Oct. 10.

Gupana, 74, suffered three bullet wounds on his left arm and body but survived.

Oliva said they would file separate charges against Layese concerning the shooting of Gupana.

“He (Layese) is part of a gun-for-hire business. Accordingly, he and the other perpetrators in the slay of Attorney Wee would receive an amount of six-digit figures each if they successfully carry out the murder plot,” he said.

According to Oliva, Layese is a member of the Philippine Military Academy Batch 1994 “Bantay Laya.” and a former security manager of upscale developers.

Oliva said it took some time before they were able to arrest Layese, who has residences in Bantayan town, Cebu City, Mandaue City, Lapu-Lapu City, and in the southern part of Cebu.

Oliva said the investigation continues to identify the mastermind of the killing.

Asked what was the motive behind the killing of Wee, Oliva said it had something to do with a case the lawyer handled.

Wee, 51, was shot by assailants while he walked from his car up to the stairs of his office in Barangay Kasambagan, Cebu City last Nov. 23.

Wee was rushed to a private hospital but died while he was attended to by physicians.