newsinfo / Nation
Nation
SAVE IT FOR THE 19TH CONGRESS 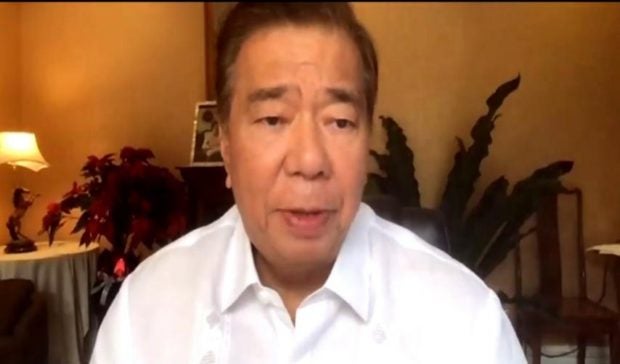 Drilon in an online interview questioned the timing of moves to amend the 1987 Constitution even as he expressed support to easing economic provisions in the country’s main charter.

The House of Representatives has commenced debated to amend the “restrictive” economic provisions of the Constitution. House committee on constitutional amendments chair Alfredo Garbin said proposed changes to economic clauses could be approved soon.

(I’m not opposed to easing economic provisions under the Constitution but the question is, can’t we defer it until June of next year?)

Besides, the minority leader said the 18th Congress would not have enough time for Cha-cha.

“Given all the problems that we have – pandemic, budget deficit, lack of revenues – would we have enough time to prioritize all these problems? Sa akin , dapat unahin ang ibang problema where the attention is immediately needed [For me, we should prioritize our attention to current problems that need immediate solutions],” he said.

Drilon also said that liberalizing the country’s investment climate can be achieved by passing pending legislation in Congress and would no longer need amendments to the 1987 Constitution.

“Maraming panukalang batas na pwede natin ipasa at hindi kailangan ng constitutional amendments in order to make our investment climate more liberal than where we are,” Drilon told reporters in an online interview.

(There are a lot of pending measures that we could approve and we won’t need constitutional amendments in order to make our investment climate more liberal than where we are.)

Among these measures include amendments to the Public Service Act and the Retail Trade Liberalization Act.

Further, he said, there are “a lot of factors” that prevent the Philippines from attracting foreign direct investments other than “restrictive” economic provisions under the 1987 Constitution.

“For instance, our rule of law regime and our peace order issues. As of now, by legislation, the so-called economic provisions can be liberalized,” he said.

“The inconsistency of our rule of law, which should be the rule followed rather than the exception, the matter of peace and order, the matter of our problems insofar as corruption and red tape is concerned. I am saying na sa ngayon may mga [that currently, there are] opportunities to liberalize our investment climate through legislation,” he added.

The House committee on constitutional amendments is currently tackling Resolution of Both Houses No. 2, which was filed by Speaker Lord Allan Velasco in July 2019.

Under Resolution of Both Houses No. 2, the phrase “unless otherwise provided by law” would be added to the constitutional restrictions that limit the participation of foreign investors in the governing body of entities based on their proportionate share in the capital.

The same phrase would likewise be added to provisions saying only Filipino citizens can control, own, and/or lease alienable lands, public utilities, educational institutions, mass media companies, and advertising companies in the country.

The addition of the phrase “unless otherwise provided by law” means Congress would be given the power to pass laws easing foreign investment restrictions in the country.