COVID-19 concerns, razor wire and no Trump: An inauguration like no other | Inquirer News
Close
menu
search

COVID-19 concerns, razor wire and no Trump: An inauguration like no other 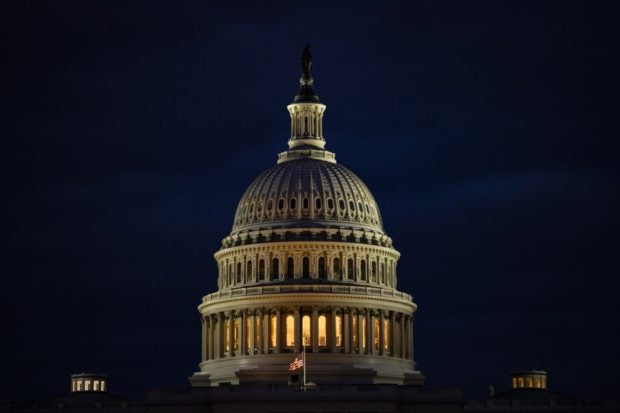 WASHINGTON — With war-zone-like security, no crowds and coronavirus distancing for guests, Joe Biden’s swearing-in as the 46th US president will be a muted affair unlike any previous inauguration.

Where Washington is normally packed with hundreds of thousands of supporters, celebrities, socialites and lobbyists, the US capital is eerily quiet ahead of Biden’s big day, which promises to be a mostly televised celebration of democracy.

Coronavirus concerns were always going to dampen Wednesday’s inauguration, but since departing President Donald Trump’s supporters launched an insurrection in his name, Washington has ordered a security lockdown unseen since the September 11, 2001 attacks.

That has forced Biden’s inauguration team to urge supporters to stay home, auguring a ceremony at the Capitol like recent sports matches, with no fans in the seats.

Since Trump supporters stormed the Capitol on January 6, security officials are preparing for anything that could threaten Biden and his supporters.

In the run-up to the inauguration, most traffic has been barred from Washington’s vast downtown. For two days, main bridges into the city will also be closed.

Tha Capitol, the White House, and other main buildings are all barricaded and will be defended by more than 20,000 armed National Guard members.

This year there will be no place to go: the National Park Service will close the National Mall, the sprawling green space between the Capitol and the Lincoln Memorial.

Instead the vast ground will be planted with 200,000 flags.

As is traditional, lawmakers, top government officials, justices of the Supreme Court, and other dignitaries will gather on the Capitol building’s grand west front for Wednesday’s ceremony.

Given the need for social distancing, the crowd will likely be thinner than usual, and all masked.

There will be the traditional invocations and benedictions by church leaders.

In between, Lady Gaga will deliver the national anthem, 22-year-old African American poet Amanda Gorman will read one of her works, and Jennifer Lopez will sing.

At midday, Supreme Court Justice John Roberts will give Biden the oath of office, and his vice president Kamala Harris will be sworn in by Justice Sonia Sotomayor.

But there will be no traditional rousing cheer from a crowd on the mall — only the fluttering of flags while fans clap to their televisions.

This year, ex-presidents Bill Clinton, George W. Bush and Barack Obama will be on the dais. Jimmy Carter, 96, is staying home, given the pandemic.

Glaringly absent will be Trump, who spent the past two months claiming Biden won the election by fraud.

Planning to leave Washington that morning, he will be only the fourth president to skip the event. The last was in 1869.

That also means there will be no traditional welcoming to the new occupants of the White House by the departing homeowners.

An inauguration is nothing without parades, parties and concerts, and Biden and Harris have not forgotten — but this year everything will be online or televised.

Five days of events are planned, with multiple-artist concerts on Saturday, Sunday and Monday.

On Tuesday, Biden and Harris will lead virtual commemorations across the country for the 400,000 Americans dead from coronavirus.

On inauguration day they will hold a “Parade Across America,” an online 50-state tour of speakers, artists and performers.

And for at-home parties, there is a curated “Biden+Harris Playlist.” True to the new US leader’s age, 78, it spans nearly six decades.