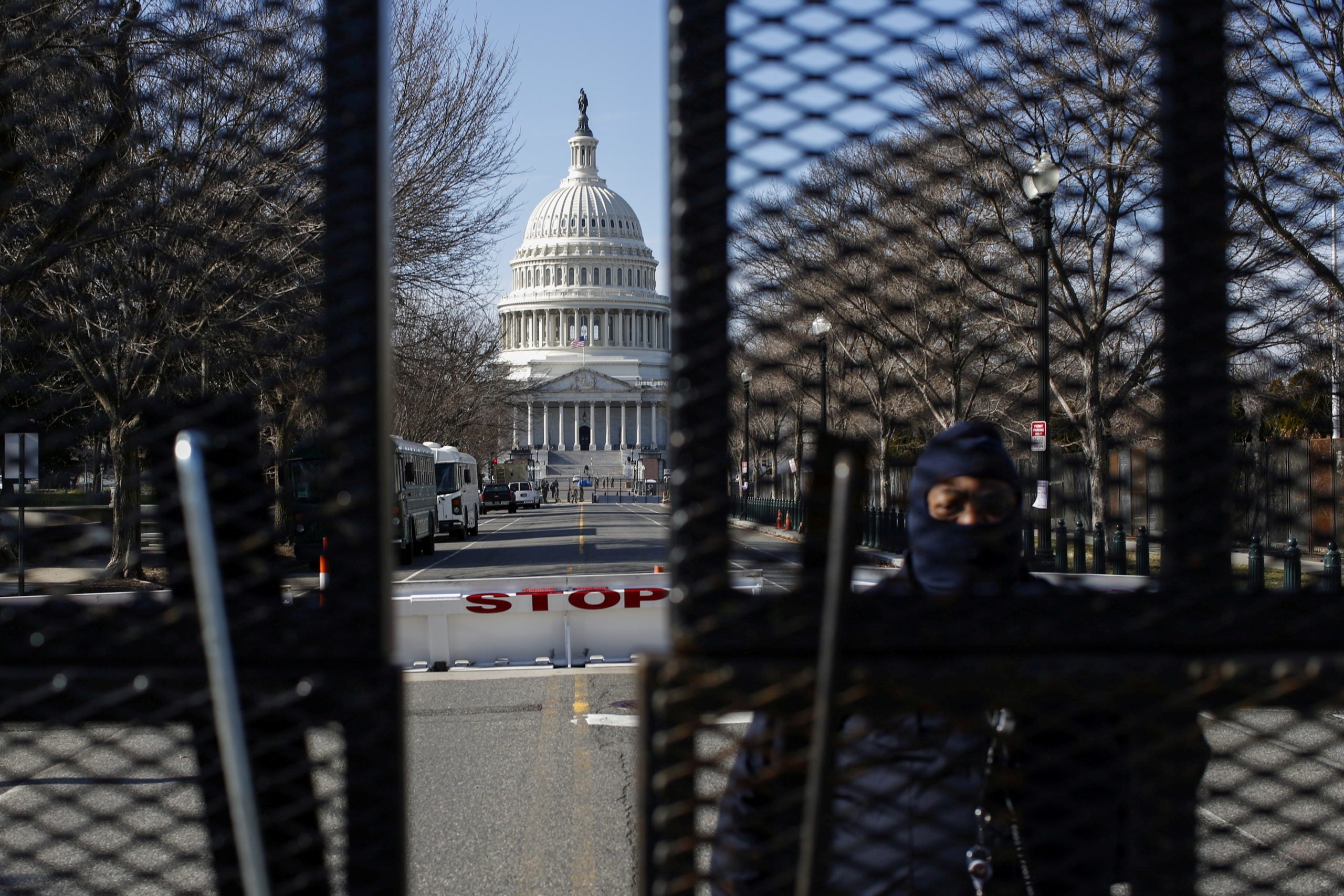 WASHINGTON — Protesters are expected to descend on statehouses across the United States on Sunday in support of baseless claims that electoral fraud robbed President Donald Trump of a second term, as law enforcement officials girded for possible violence.

More than a dozen states have activated National Guard troops to help secure their capitol buildings following an FBI warning of armed protests, with right-wing extremists emboldened by the deadly siege at the U.S. Capitol in Washington on Jan. 6.

There were scattered demonstrations on Saturday, but statehouses remained mostly quiet. Security officials have eyed Sunday as the first major flashpoint as that is when the anti-government “boogaloo” movement made plans weeks ago to hold rallies in all 50 states.

While many states have erected fences or other barriers to secure their capitols, Texas and Kentucky have taken the further step of closing their capitol grounds to the public.

Downtown Washington, D.C., was virtually empty, with streets near the Capitol closed and battalions of camouflaged National Guard soldiers taking up positions across the city center.

Connecticut has activated its National Guard in preparation for as many as 2,000 mostly Trump supporters at its capitol complex in Hartford on Sunday, a state police spokesman said.

“We are preparing possibly for anything to happen,” said Trooper Pedro Muniz, adding that there had not been any specific threats. “We won’t tolerate any acts of violence.”

The nationwide security scramble followed the deadly Jan. 6 attack on the U.S. Capitol in Washington by a mix of extremists and Trump supporters, some of whom called for the death of Vice President Mike Pence as he presided over the certification of Biden’s election victory.

The Democratic leaders of four U.S. congressional committees said on Saturday they had opened a review of the events and had written to the FBI and other intelligence and security agencies asking what was known about threats, whether the information was shared and whether foreign influence played any role.

The FBI and other federal agencies have warned of the potential for future violence, as white supremacists and other extremists look to exploit frustration among Trump supporters who have bought into falsehoods about electoral fraud.

It was not clear whether the ramped-up security presence might lead some protesters to stay at home.

Following the Jan. 6 violence in Washington, some militia members said they would not attend a long-planned pro-gun demonstration in Virginia on Monday, where authorities were worried about the risk of violence as multiple groups converged on the state capital, Richmond.

Some militias and extremist groups have told followers to stay home this weekend, citing the increased security or the risk that the planned events were law enforcement traps.

Bob Gardner, leader of the Pennsylvania Lightfoot Militia, said his group had no plans to be in Harrisburg this weekend, where the Capitol has been fortified with barricades and will be protected by hundreds of members of its National Guard.

“We’ve got our own communities to worry about,” Gardner said earlier this week. “We don’t get involved in politics.”