LAKE SEBU, South Cotabato, Philippines — A couple living on a secluded hill in the village of Lamlahak here have been enjoying their retirement years in the company of rabbits. Their goal though is to make these hopping mammals a meat staple to be served on the table of average Filipinos.

Virginia Compañero, 64, who worked for 36 years in the government’s Agricultural Training Institute, and her husband, Rodel, 57, a real estate agent, are now focused on breeding rabbits for meat consumption in their 4-hectare property, clearing a pathway many citizens might consider taboo.

Most Filipinos consider rabbits as lovable pets; hence, butchering them could be misconstrued as a “heartless” act.

But Virginia pointed out that the meat of what many see as pets had been consumed in many parts of the world, including the United States and Europe, alongside chicken, pork and beef, and had been among the items displayed in the meat section of supermarkets.

“Rabbit meat is healthier than pork and chicken. It has higher protein content, and lower fat and bad cholesterol,” she told the Inquirer.

“It’s high time to introduce rabbit meat for a healthier lifestyle. Nowadays, we have much morbidity due to our food intake that is high in fat and bad cholesterol content,” said Virginia, who also heads the Soccsksargen Rabbit Raisers Association.

She acknowledged that changing the mindset of Filipinos to become rabbit meat eaters would be a big challenge, but she said this could be met with proper education. 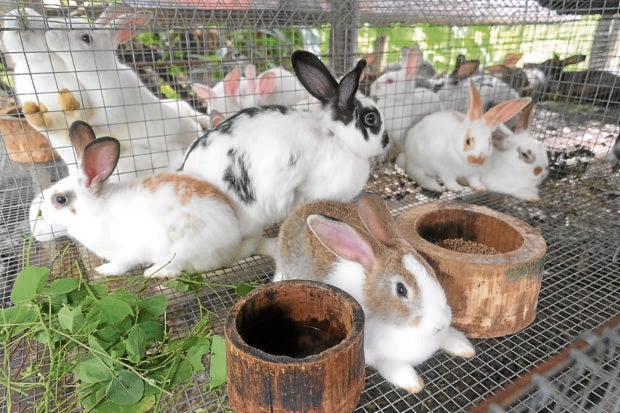 ALTERNATIVE MEAT Rabbits are raised at the Compañero family farm in Lake Sebu, South Cotabato, in an effort to introduce an alternative meat to Filipinos. —PHOTOS BY BONG S. SARMIENTO

For now, Virginia said, rabbit raisers in Soccsksargen are more concerned about having stable stocks for meat. “Our goal is to make rabbit meat an alternative to pork,” she said.

Last year, Agriculture Secretary William Dar pushed to make rabbit meat an alternative to pork, following the onslaught of the African swine fever that devastated the hog industry and affected the livelihood of most small-scale hog growers in different parts of the country.

Propagating rabbits is easier, Virginia said. It was introduced in the country by US Peace Corps volunteers in response to the food shortage after World War II.

Even small farmers can afford rabbit farming due to its low production cost, Virginia said.

The animals consume only roughly 50 grams of commercial feed pellets a day, which is economical. The pellets, however, should be supplemented with unlimited foliage with low water content, such as “napier” grass, Para grass, star grass, carabao grass and “rensoni.”

Rabbits multiply fast, with the doe (female) giving birth five times a year, based on a 70-day birthing cycle. A rabbit can live up to 10 years and can weigh 2 kilos after five to six months, and 1.2 to 1.3 kilos when dressed, Virginia said. 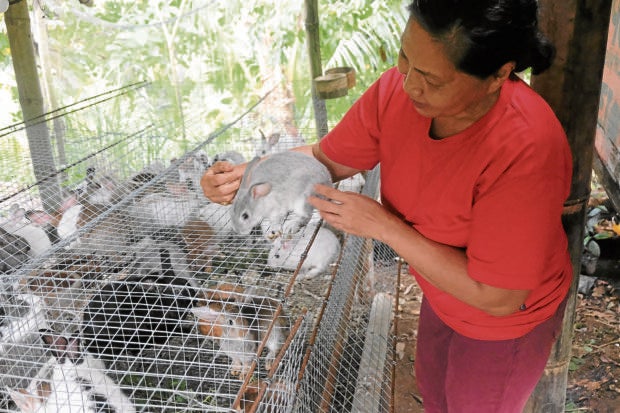 AGRICULTURE BACKGROUND Virginia Compañero’s background in agriculture has given her and husband, Rodel, the confidence in their venture to breed and propagate varieties of rabbit suitable as food.

Due to its scarce supply, rabbit meat has been selling at P400 to P450 a kilo these days.

Virginia said her group hoped to bring the prices down to make it affordable to average consumers. They can do this by raising more rabbits to a larger population.

“With rabbit meat as affordable as pork, and once Filipinos begin to patronize the product, farmers would be earning extra significant income,” she said.

To popularize rabbit farming among T’boli tribes in Lake Sebu, the couple lent out three breeding pairs of rabbits to three families. Once each pair of rabbits bear offspring, the recipients will return the pair to them, which will again be lent to other families.

At present, the Compañeros are growing 70 rabbits. They already sold some of their stocks for P400 each after starting their venture last year with only a buck and two does.

The New Zealand and California White breeds are the most commonly grown rabbits for meat in the region. The latter has a higher meat to bone ratio, meaning it is meatier than those with smaller bones. 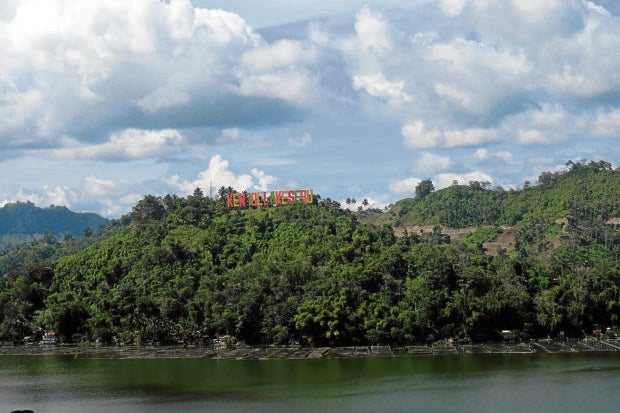 MOUNTAIN TOWN A group of farmers growing abaca, corn and banana in the scenic mountain town of Lake Sebu is starting to integrate rabbit growing into their agriculture production.

Rodel, who heads the Lamlahak Farmers Association Inc., said he wanted to integrate rabbit production in the group’s 50 members who are engaged in corn, abaca and banana production.

“They can eat rabbit meat or sell them to earn extra money,” Rodel said. “Rabbit meat, for me, tastes better than native or broiler chickens,” he added.

A rabbit can be roasted (“lechon”), or cooked the way Filipinos cook goat delicacies, such as “kaldereta,” “pinapaitan,” adobo, “kilawin” and “sinampalukan,” Rodel said. His wife cooks it with curry powder.

He said rabbits could also be a source of organic fertilizer for the banana variety locally known as “balangon,” or “bongulan,” which is being exported to Japan and South Korea. Rabbit droppings are “cold manure” that can immediately be applied to plants, Rodel said.

Allan de Lima, a triathlon athlete based in General Santos City, first tasted rabbit meat in the 1980s when his father raised rabbits at home.

“Rabbit is food for me. As an athlete, eating rabbit meat helps build my muscles because of its rich protein content,” he told the Inquirer.

De Lima is again growing rabbits, now that it is becoming popular in the region. He described rabbit meat production as a “promising industry.”

Virginia said rabbit meat had the potential to penetrate the halal market, noting that some Muslims had been growing and eating the animal in the region.

According to De Lima, there are so far nearly 3,000 dedicated rabbit raisers in Soccsksargen, which is composed of the provinces of South Cotabato, Cotabato, Sultan Kudarat and Sarangani, and the cities of General Santos, Koronadal, Kidapawan and Tacurong.

To make rabbit meat popular among Filipinos, De Lima said promotion, along with efforts to establish stable stocks, must start at home with family members, friends and the community.

“Many Filipinos eat rats, snakes and even frogs. Why not try rabbits, which are clean and have healthy meat?” he asked.