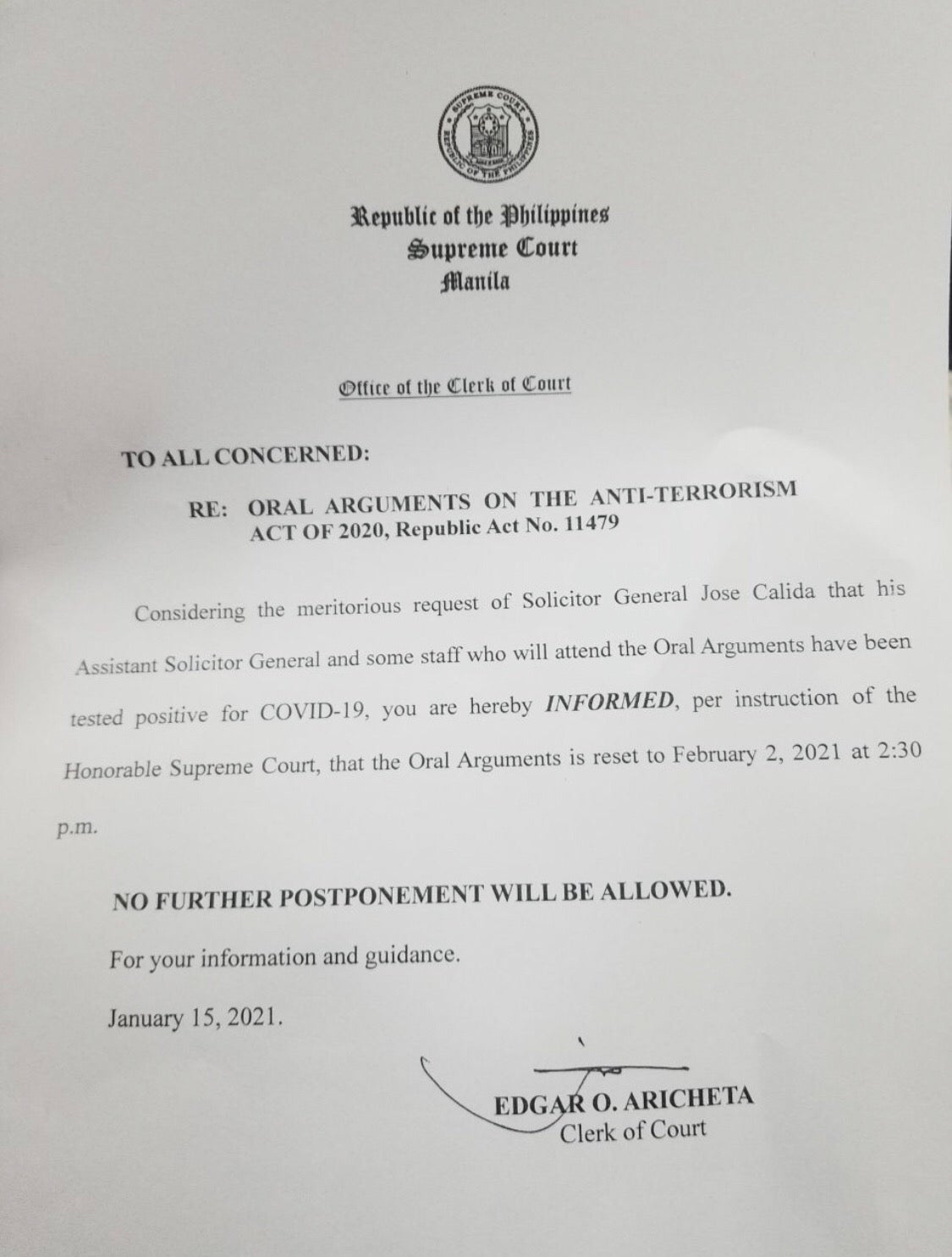 MANILA, Philippines – The Supreme Court has again rescheduled the oral argument on the petitions questioning the legality of the Anti-Terrorism Act of 2020 upon Solicitor-General Jose Calida’s request.

In a notice issued by the high court’s Office of the Clerk of Court, the oral argument is reset to Feb. 2 at 2:30 in the afternoon.

Calida requested the resetting of the oral argument, saying that his assistant solicitor-general and some staff who would attend the debate have tested positive for Covid-19.

“Considering the meritorious request of Solicitor General Jose Calida that his Assistant Solicitor General and some staff who will attend the Oral arguments have been tested positive for Covid-19, you are hereby informed, per instruction of the Honorable Supreme Court, that the Oral argument is reset to Feb. 2, 2021, at 2:30 p.m.,” read the notice signed by Atty. Edgar O. Aricheta, the high court en banc’s Clerk of Court.

Last year, the high court announced that the oral argument would be set on the third week of September “at the earliest,” but Calida wants the cancellation of the oral argument and moved that all the parties be allowed to submit a memorandum instead.

The high court already issued an advisory requiring all non-employees, including members of the media, who would personally be at the high court on Jan. 19 to present a negative swab test result taken within 72 hours before the oral argument.

Earlier than the 72-hour period, Calida already made a manifestation that an assistant solicitor-general and some staff who would participate in the oral argument have tested positive for the virus.

The Anti-Terrorism Act is considered the highly contested law that has reached the Supreme Court with 37 petitions filed by advocacy groups, human rights lawyers, and legal experts, including retired Supreme Court justices and constitutionalists.