In Baguio, health alert up as mercury drops

Doctors volunteer to do home visits to check on elderly as temperature plunges in summer capital
Philippine Daily Inquirer / 05:06 AM January 14, 2021 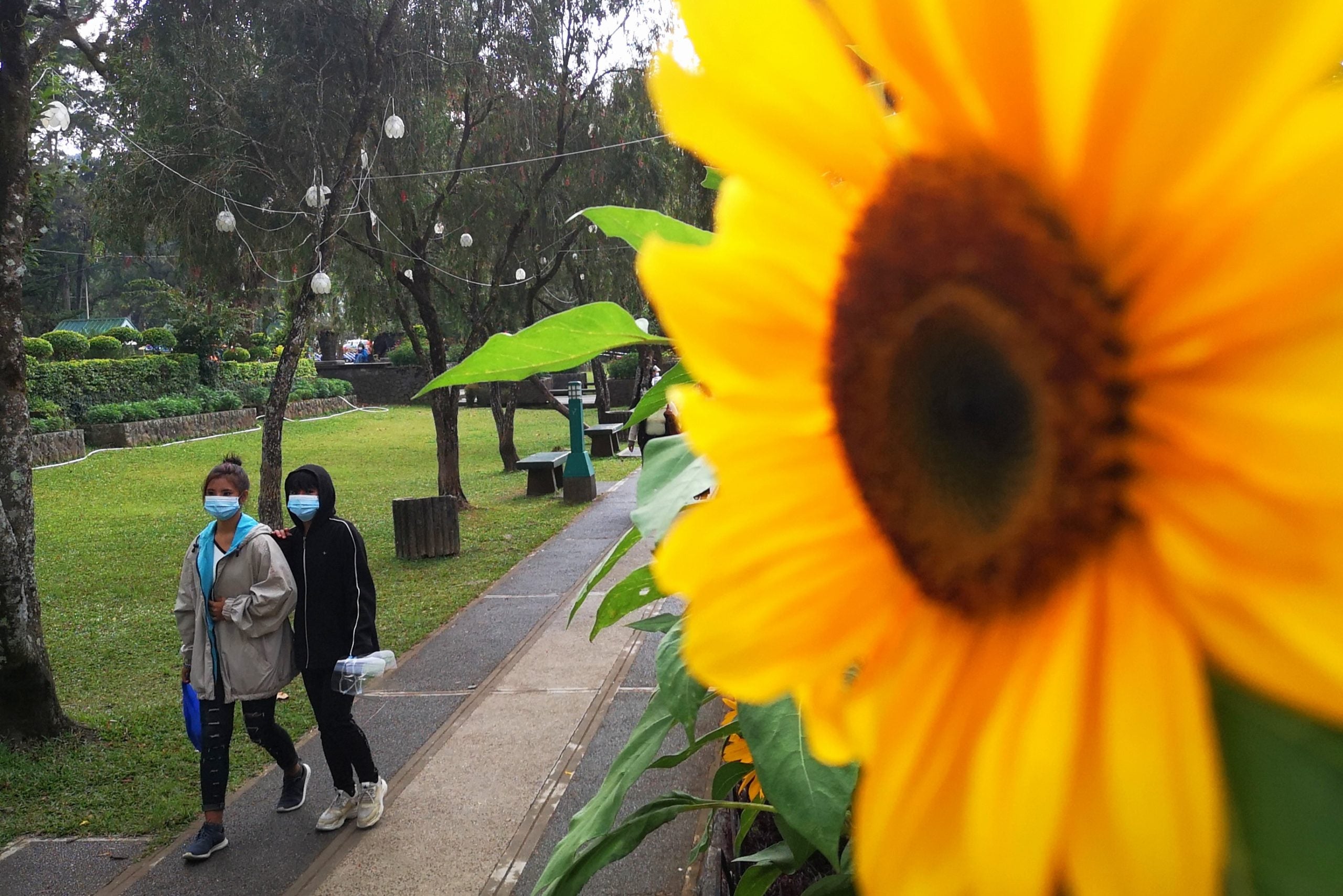 PARK STROLL Residents of Baguio enjoy a stroll at Burnham Park amid the nippy weather in the city from late December to February. —EV ESPIRITU

BAGUIO CITY—Private doctors have volunteered to do house-to-house visits so they can check on elderly residents and prevent the rise in fatalities as the flu season starts to sweep the city amid the COVID-19 pandemic.

Members of the Baguio-Benguet Medical Society said they were worried about the rising number of deaths from COVID-19, which had reached 78 as of Wednesday.

Mayor Benjamin Magalong said many of those who died were elderly people with health conditions, such as diabetes and hypertension.

Doctors have been monitoring the rate of transmissions this week due to concerns that the cool weather and family gatherings during the Christmas holidays could lead to infection surges this month.

Baguio’s coldest morning this year was recorded on Jan. 10 when temperature dropped to 10.4 degrees Celsius. On Wednesday, it was 11.6 degrees.

The nippy weather is caused by the prevailing northeast monsoon, which blows from Siberia and peaks between January and February. 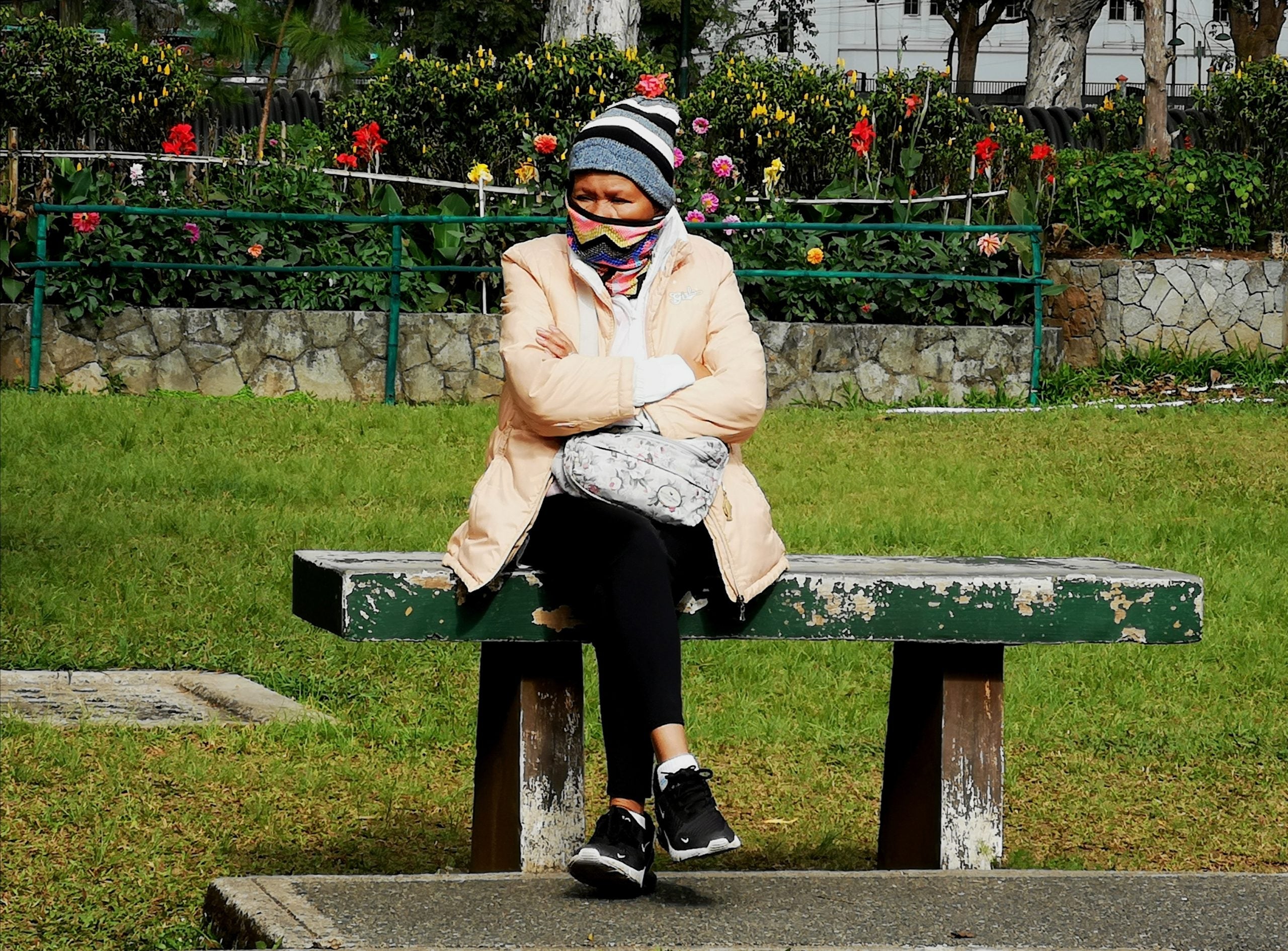 BUNDLED UP The dropping temperatures in Baguio have put health workers on alert because these will usher in the flu season that may tax hospitals attending toCOVID-19 patients. Residents have been bundling up as they venture outdoors. —EVESPIRITU

Health workers were placed on high alert as the plunging temperatures could overwhelm local hospitals already dealing with cold-related illnesses and COVID-19.

According to the city health services office (CHSO), some of the COVID-19 fatalities died while being taken to the hospital. This indicated that elderly residents did not leave their homes for routine medical consultations for fear of catching the coronavirus, the CHSO said.

“That’s what happened to my father,” Magalong said during a meeting with city officials. He was referring to the death of his father, Severino, in the United States last week.

He said the rising COVID-19 cases in Los Angeles prevented his father from leaving the house and getting proper diagnosis for a condition that led to his death.

The rapid increase in elderly deaths will now require an inventory of the number of elderly residents in Baguio’s 128 villages, the mayor said.

He earlier asked health workers to buy and distribute vitamins to this sector.

The elderly are on the top of the list of priorities for the city’s COVID-19 vaccination drive. Baguio has entered into a deal to buy 380,000 doses of vaccine from British pharmaceutical company AstraZeneca. The supply is expected in July.

According to Magalong, Gamaleya National Center of Epidemiology and Microbiology in Russia has also offered 50,000 doses of its vaccine to the city government once it acquires an emergency use authorization from the national government. —VINCENT CABREZA

Read Next
Nonstop rain triggers floods, slides in Visayas, Mindanao
EDITORS' PICK
New Year, New Rediscoveries
Acer Philippines welcomes you to its first flagship store
More than 150 National Guard in Washington for Biden inauguration test positive for coronavirus
Pope Francis to miss events due to new flare up of leg pain—Vatican
PNP’s Covid-19 cases jump to 9,809; 52 new infections logged
Is your company a growth champion? Stand up and be recognized!
MOST READ
Dustin Poirier knocks out Conor McGregor at UFC 257
Ellen DeGeneres, too, is baffled by viral Filipino soda ad
AFP to apologize to UP alum falsely included in list of NPA members — Lorenzana
WATCH: Alex Gonzaga joined by family in Amanpulo honeymoon
Don't miss out on the latest news and information.