LPAs may form inside PAR, but has low chance of becoming tropical cyclone | Inquirer News

LPAs may form inside PAR, but has low chance of becoming tropical cyclone 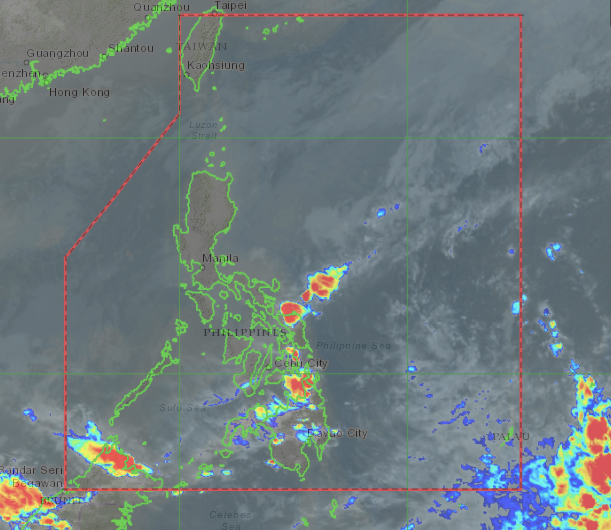 MANILA, Philippines — Weather prediction models suggest that low-pressure areas (LPAs) may form inside the country within the week, the Philippine Atmospheric, Geophysical and Astronomical Services Administration (Pagasa) said on Wednesday.

Latest reports from Pagasa showed that while these LPAs have a low chance of becoming a tropical depression, they can still cause rains in the Visayas and Mindanao, especially the eastern and southern portions of the two main islands.

The LPAs are expected to develop near the intertropical convergence zone (ITCZ), while the previous LPA being monitored south of General Santos City in Mindanao has dissipated.

From Wednesday night to Thursday, rains may occur in the Bicol Region, the whole of Visayas, Caraga Region, Northern Mindanao, and the Zamboanga Peninsula due to the tail end of a frontal system.

Provinces in Luzon, especially the northern and eastern portions, would still feel the effects of the northeast monsoon or Amihan, which would continue to bring cold mornings.

Temperatures in Metro Manila for Thursday are expected to range from 21 to 29 degrees Celsius, while Tagaytay would have something around 18 to 26 degrees, Tuguegarao with 18 to 27 degrees, Laoag at 20 to 29 degrees, and Baguio with 12 to 22 degrees.

Legazpi would remain affected by the cold front, as temperatures would lie between 24 and 28 degrees, while it would be warmer in Palawan from 25 to 31 degrees.

Fisherfolk using small boats cannot set sail in these areas as waves may reach heights of 2.8 meters to 4.5 meters.