Hontiveros hits decision not to include provinces in vaccine program 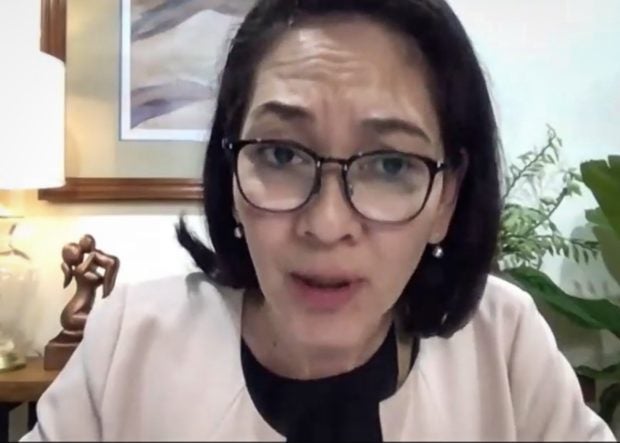 MANILA, Philippines—Senator Risa Hontiveros slammed Presidential spokesperson Harry Roque when he announced that provinces will not be included in the government’s inoculation program for the Pfizer Covid-19 vaccine.

Roque said that the Pfizer vaccine, which have a 90 percent efficacy rate, is not an option for inoculation programs in the provinces as there are no ultra cold storage facilities outside of Metro Manila.

Pfizer vaccines need such facilities to maintain its effectiveness.

(As early as now we can already see that only the big cities have the capacity to queue and some even have contracts to procure the vaccines. How about the provinces who are experiencing difficulties in acquiring the vaccines? The people in the provinces are also taxpayers. We should be all-in in supporting them. That kind of reasoning is not even the work of lazy people but of gross incompetence. Why would you put the burden of not having the necessary facilities on the public? Why did the government exclude the provinces during their planning when it’s needed to diversify vaccines because of limited global supply?)

Hontiveros said she’ll bring up the issue in Round 2 of the Senate Committee of the Whole hearing on the government’s vaccination plan.

She added that the Department of Health and the National Task Force on Covid-19 have yet to respond to her earlier concerns about the delivery of the COVID-19 vaccines to geographically-isolated areas.

“ It is worrisome that we are not even trying to consider or find solutions. I am especially worried because of the bad track record of the DOH in delivering vaccines to regions and areas far-flung from the NCR. This really brings into question just how committed we are to delivering the different options to all Filipinos,” said Hontiveros, who also slammed Malacañang’s insistence on “forfeit on first refusal” in regards to vaccination.

Though it is true that mega cities have become the epicenter of the pandemic in the Philippines, as Hontiveros noted, the senator also pointed out to the surge of cases in other provincial cities.

Hontiveros used Bacolod as an example, as the city became a virus hotspot after the government’s “Balik Probinsya” program that was seen as a haphazard attempt to bring people back to their respective provinces during the early months of the pandemic.

As of Tuesday, Bacolod City recorded 5,639 confirmed cases with 84 of those being active ones.

“Let’s make sure they don’t get the short end of the stick.”